CCW and Churches: Does the state have a role to play? 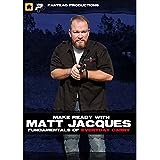 Our Constitution makes it very clear that there should be a hands off approach to any entanglement between government and churches. The Supreme Court has amplified it though the years and the lawmakers have pretty clear direction that if they make any laws impacting churches there must either be

(2) that the law impacts generally everyone the same way and that the churches' religious charter has nothing to do with the law (i.e., safety codes allowing certain maximum occupation of a building based on size).

The Religious Freedom Restoration Act of 1993 states this in no uncertain terms much to the dismay of a number of local governments who have been successfully sued for their overreaching laws.

A church is a 501(c)3 charity, the same as thousands of other charities. These range from the local animal shelter to the "Ladies of the Green Hat Society." There's nothing special about being a 501(c)3, it's just a way to notify the Federal government that one is a tax-exempt organization.

Yet, of the thousands of 501(c)3 types in many states, the legislation specifically singled out only one type, churches, as being off limits to CCW holders.

Many of these states also ban CCW holders from schools, bars, and other places but these almost always have some connection with the state... they are regulated in some fashion or another, and answer to the state for certain aspects of their business. This nexus simply does not hold true for churches.

The sole reason that the legislature picked the churches out from all the other charities to ban CCW on the premises is simply because of religious reasons. Someone, somewhere, thought it would be an offense against God for a CCW holder to carry in a church.

This was made very clear when Michigan was considering CCW. The quote from the Metro Times makes this very clear:

"Tom Hendrickson, director of the Michigan Association of Chiefs of Police, says the idea of mixing guns with religion and liquor doesn't make his day. " ‘Law enforcement is of the opinion that these are places where people shouldn't be armed.' "

Mr. Hendrickson can only justify his comments about churches via ultimately appealing to an argument based upon religious views concerning the "sanctity" of the church. Without the sanctity argument, there is no uniqueness to a church as an organization that requires or demands special treatment in this particular law.

If there was any actual reason it would logically apply equally to every other charity which holds group meetings, and the law would then have been written to also cover them.

It is not up to the state to determine what behaviour a church member must discuss with, and seek approval from his pastor, or what the state-mandated default position a church should have concerning the theological question of self-defense.

Since this portion of the law cannot be justified under either condition (1) or (2), or the Religious Freedom Restoration Act of 1993 it is clearly unconstitutional under the First Amendment. I cannot imagine a court holding this section up for approval.

Churches should not be mentioned in any CCW law, period. If the law provides that any private organization or business may post or otherwise observe a "gun free" environment, then any church would fall under the same regulation under condition (2) listed above. They have full freedom along with every other organization to determine their own philosophy towards this issue.

I invite you to browse around and look at some of my other hubs. I am sure that you will find something of interest to you.