Mismanagement and slow development of our country is always a topic of discussion at lower as well as higher level. But conclusion is still a dream. Being an Indian citizen, we can work out many ways for the betterment of our people and country. But is it possible to accomplish a plan with corrupt officers as a part of our government or organization? To make a program effective and productive, First priority should be given to the elimination of corrupt people and appointment of loyal and honest officers.

It is a common phenomena we are well aware of that corruption originates from two basic characters of human being i.e. selfishness and greed. Such people do not value integrity and moral values and self interest is their only priority irrespective of its effect on society. Any country or organization having such people as their central officers’ starts demolishing. History is a proof wherein big empires like Roman Empire vanished only because of its selfish and corrupt officers.

It will be immoral to say that central officers and politicians are the only reason and source of corruption because we ourselves are equally responsible for this social evil. If deeply analyze all the facts, we can easily conclude that many a times we have been promoting many social evils that includes corruptions also. There are times when we purchased gas cylinder in black and even bribe the ticket checker in train to confirm the reservation. Not only this we have been paying handsome amount to get driving license and many a times bribed the traffic police after violating the traffic rules. All these incidents seem minor but plays major role in encouraging corruption. It is quite essential to clean our own house before blaming and charging government officials.

As per 2010 report of Transparency International, a Global authority for corruption, Somalia stands number one in corruption whereas New Zealand, Denmark and Singapore are the least corrupt countries. We should not forget to talk about our ranking. India has been ranked 70th in corruption by World democracy audit in 2010 whereas it has been kept on 87th position by Transparency International which is absolutely not a good sign. 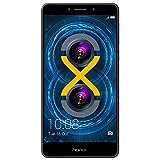 There could be end number of reason for the encouragement of this social evil but the initiating point from where it originates is the moral character of an individual. Self interest and high ambitions compel a person to choose for an easier way to achieve the targets without even visualizing it’s after effects. Short cuts may be easier but leave many side effects in long run that in turn affect the society. Keeping all human beings in the same category is not justified and there are loyal and mature people also. 90% of such people are well aware of the corrupt and dishonest people working around them but their silence work as a booster. Lack of public participation against such evils is one of the important factors that encourage the corrupt officers and make them relaxed and stress free.

Rapid change in our life style and lack of sources for income, deviate a common man to search for methods of earning more and more. It shows that illiteracy and unemployment is directly proportional to many social evils like corruption. If basic needs are fulfilled and wages are offered according to the talent and designation, person will not divert to other sources of income. There are countries that fulfill all basic needs of their citizens including food and shelter. Citizen of such countries live stress free and focus on their integration in terms of growth and livelihood. I agree that for a country like India, it is not possible in current phase but at least steps can be taken to remove other evils that promote corruption.

If we talk about government officials, main reason would be the complex laws and lengthy procedures which alienate people to ask for any help from government and seek for short cuts. In today’s busy schedule no one has time to wait for months for a simple task. Eagerness and lack of time can force any common man to use shortcut whether right or wrong. In developing countries like India, even the simplest court case take many years to come to a conclusion. Procedure for even the common things like driving license is so complex that it compels a common man to search for an easier way.

Corruption leads to mismanagement in government administration and officers takes no more interest in serving people. Self interest creates a sense of irresponsibility and becomes a reason for public harassment. IPL Scandal and recent corruption charges in commonwealth games are few the open evidences of our mismanagement and corrupt officers. A little survey can easily conclude that citizens have no more trust in their leaders and government officers and hatred has taken place of faith and confidence. Such scandals and common use of bribe is creating a society where rich are getting richer leading poor to the worst situation. Our weak judicial system and bribing for each crime permit common man to violate law and order creating hassles and confusion. It is so easy going that anyone can break law and move ahead by offering a 100 rupee or 500 rupee note. This all is a result of our ignorance and weak judicial system. No reaction from public as well as from government amplifies the confidence of bribers and corrupt people.

Need of Strict and strong law has become a necessity wherein no discretions are allowed for politicians and bureaucrats. It should be in the hands of public commission or equivalent authority and should be challengeable only in courts. Any person with criminal records should not be allowed to fill his candidature for election. Regular updated records of politicians and other officials should be kept including their income and expenditure. Public meetings should be held wherein leaders are supposed to listen and act on each enquiry or issues with immediate effect.

Public outcry is most important. This will make government officials understand that they have been elected by common man to serve them. Hence it is quite necessary for the local people to raise their voice and unite amongst themselves to fight for a social evil which is eroding our moral values. It includes raising voice even on the smallest incident that aids in promoting corruption. Each member of every house of the country should be educated with social evils like corruption and the ways to eliminate them.

Transparency is the backbone of a good government. Our laws and procedures should be easier and less complicated. Guide notes, websites, and helpline should be there to suggest way to a common man. Our judicial system needs to get speed up so that people can have faith in justice that includes need of more courts, lawyers and judges. Hearing should be less complicated where Judges can enjoy discretionary power and an association of officers can be created under them to work on the cases to find out actual facts.

Right to information act need promotion amongst the common people as only a few percentages of people are aware of this significant right. It would rather be better to say that just like any telecom company’s customer service, there should be a toll free number to seek for any help or assistance from government which would spread knowledge about all its departments and general procedures to accomplish any task.

All ways of eliminating any kind of social evil from a society cannot be accomplished without the joint efforts of government and the citizens. Grouping together to fight for a common cause is the only way to eradicate any evil from its root.