If you live in California, you’re probably aware of the DUI/DL checkpoints that have been generating controversy for the last five years. If you don’t live in California—your money does—it is being distributed throughout cities in California to pay for DUI/DL checkpoints, courtesy of California Office of Traffic Safety (OTS). And though federal regulations require that profits be reported and returned to the government in order to off-set taxpayer costs, the regulations are not being enforced by OTS. As a result, California’s cities are reaping in profits, comparable to Big Business, from impound and storage fees, contracts with tow companies, and auto auctions from vehicles not retrieved by owners.

California cities not only profit millions a year, but they continue to apply for and accept taxpayer money, even though the amount of revenue generated likely pays for all costs of checkpoints for the upcoming year.

HOW MUCH MONEY ARE WE TALKING ABOUT?

California received $104 million in 2009 from the federal government in traffic safety grants. California’s checkpoints made more than $40 million dollars from impound fees, and none of that money was reported or given back to the government (or taxpayers). Not included in that figure, are the auto sales or the contracts that cities have with tow companies for performing tow services during the checkpoints.

As you can see, if just the impound fees had been reported for 2009, California could have funded Ohio’s year-to-date traffic safety programs, essentially saving taxpayers at least $40 million dollars.

HOW CALIFORNIA OBTAINS YOUR MONEY

Everyone that works in an office environment is familiar with micro-management. This management system often results in “passing the buck”. Our government is exceptional at micro-management. I’m going to explain how traffic safety grants are issued to California by using your federal tax return as an example. Let’s follow your money ($$):

$$ goes to the Federal Government and is sent to the Department of Transportation. The Dept of Transportation sends $$ to the National Highway Traffic Safety Administration. $$ is then sent to California OTS. OTS doles out $$, in the form of grants, to local law enforcement agencies to pay for the cost of checkpoints.

Law enforcement agencies must apply for the grants via an application process that is accessible on OTS’ website. Costs that are paid by taxpayers include: overtime pay; insurance benefits, including medical, dental, life, unemployment, and 401K; social security and Medicare taxes; equipment like signs, generators, DUI trailers, and motorcycles. Each application specifically indicates that no income should be generated from the grants and includes references to The Code of Federal Regulations (Title 41, Part 105-71.125); however, this has been conveniently ignored. 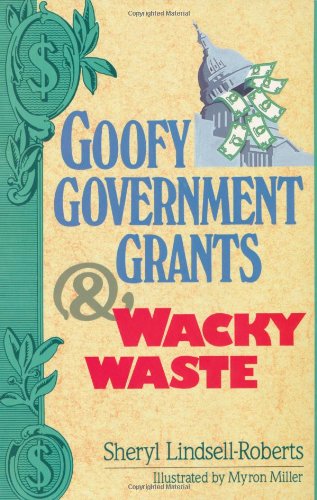 Joining a Protest in Escondido

Usually, if a car has been impounded by a city, the vehicle owner pays the city an impound fee, because the city has paid for the cost of the tow. This is how a city recoups its money. In the city of Escondido, this is not the way it works.

Escondido impounds so many vehicles during checkpoints that tow truck companies competitively bid to provide services at the checkpoints. The city of Escondido accepts $100K from four tow companies, totaling $400K. Escondido has received $362K in taxpayer funds for the current year. With the tow contracts alone, taxpayer funding is not necessary, and nearly $40K could be rolled over into the next grant period.

After paying Escondido 100K to provide services, each tow company still profits by charging these fees to vehicle owners: $150.00 impound/tow fee; $35.00 per-day storage fee; auto sales. Vehicles are stored for a mandatory 30 days for drivers without a valid license (though intoxicated drivers are able to pick up their vehicles the next day), and the tow company collects roughly $1200.00. If the car is not retrieved after 45 days, the vehicle is sold at auction.

As an added benefit to the city, Escondido collects a $180.00 impound fee, stating the city paid for the cost of the tow; however, under the contracts, Escondido allows each tow company to charge vehicle owners a $150.00 impound fee, too. Escondido has collected over $100K in the last year by double-charging vehicle owners tow fees, and this, too, has gone unreported to California’s Office of Traffic Safety. By including the tow fees collected by the city, Escondido has profited over 500K from a taxpayer-funded program. If the funding is included in the figures, this small city has generated nearly a million dollars.

As a large-scale example, Los Angeles currently has a grant amount of 820K.  Instead of utilizing tow companies, Los Angeles has its own impound lots, called OPGs (Official Parking Garages). Since Los Angeles owns the impound lots, all storage fees are collected and kept by the City of Los Angeles. Additionally, the OPGs auction vehicles that have not been retrieved and those revenues are retained by Los Angeles as well. According to Los Angeles, its OPGs, in 2008, generated more than $15 million dollars in revenue and more than $18 million dollars in 2009. Because California OTS fails to enforce the reporting of income, the amount of money made by Los Angeles, as a direct result of taxpayer-funded programs, is unknown.

How is California Getting Away with This?

Despite numerous media outlets exposing city profits at taxpayer expense, this money-making scheme has managed to avoid nation-wide scrutiny, largely because the money issue is not at the center of the debate. California residents are, instead, engaged in a battle of civil rights violations. Lawsuits have been filed, because California prohibits a police officer from stopping a driver for the sole purpose of determining whether or not a driver is properly licensed; yet, this is what is occurring--checkpoint after checkpoint. Opponents of checkpoints are angry at the blatant disregard of the law by law enforcement officials, and supporters of checkpoints claim it is okay to break laws in order to weed out other law-breakers.

Even though individual DUI/DL checkpoints in a number of cities often nab a big, fat zero in DUI arrests and the number of impounded vehicles amount in the dozens (indicating the intention of the checkpoints is, solely, money), side-skirting the real issue continues to be successful.

Due to the successful avoidance of the real issue, micro-(mis)management of funding, and the lack of oversight on every level of government, millions of dollars in taxpayer funding is being wasted and abused. As an example, below is an excerpt of a letter from the National Highway Traffic Safety Administration (NHTSA; agency responsible in sending funds to California) in response to a complaint regarding the non-enforcement of federal regulations mandating the reporting of profits. It is interesting to note that the last sentence indicates NHTSA allowed OTS to investigate itself, and, of course, OTS found nothing wrong with itself.

Checkpoints in The News