The Conspiracy Theory Conspiracy: Pole-Shifts, Chemtrails, UFOs - Where Does It End?

End Of The World?

The true meaning of the word apocalypse, literally translated from Greek, is "the unveiling or disclosing of knowledge" and in a religious context apocalypse means "the disclosure of something which was previously hidden."

Many people believe that the apocalypse is due and that the world is soon coming to an end. The increase in earthquakes, psunamis, volcanic eruptions, sinkholes and other striking Earth anomalies which are currently happening all appear to be evidence of the apocalypse coming... whatever the apocalypse may be.

Some people believe that the 2013 solar storm will be the end of the world, or the start of it, and others believe that all of this anomalous activity is indeed linked to Nibiru.

Scientific evidence shows that something peculiar has been happening to the rotation of Earth's core and researchers believe that a geomagnetic pole-shift has started happening.

NASA have announced that the magnetic North Pole is shifting at a rate of 40 miles-per-year towards Siberia, an astonishing rate compared to how long previous magnetic pole-shifts were believed to have happened.

NASA also acknowledged that they had found a gigantic breach in Earth's magnetosphere four times wider than Earth itself and that the sun's heliosphere had diminished by a shocking 25% over the last ten years.

NASA announced that they were working on some kind of solar shield and shortly after, many UFO's were sighted near the sun. Whistleblower after whistleblower kept coming forward on the subjects of Nibiru, cataclysmic events on Earth and UFO's and many still do to this day.

Geo-engineers are now starting to come out of the closet about atmospheric sulfate aerosols, with even Bill Gates admitting to funding the research and the UK government carrying out research into stratospheric particle injection until 2014, as part of it's SPICE program.

They argue that current methods of cooling down global warming, or climate change, are not working and that we may need to resort to spraying deflective aerosols into the stratosphere in order to protect us from high levels of radiation from the sun.

They also acknowledge that there may be potential health consequences from such activity but are suggesting that we may need to face these consequences if future generations are to be protected. However, such programs (once started) will need to be maintained indefinitely.

Earth seems to be in a right old state and high-level officials appear to be concerned about the future welfare of the planet, whilst covert warfare methods may be simultaneously taking place.

Magnetospheric breaches, heliospheric depletion, tectonic plate movement, earthquakes, psunamis, sinkholes and the fact that "something seems to be affecting the orbits of Neptune and Pluto" all seem to indicate that there must be a bigger picture to what's really going on.

The most logical scientific explanation for such anomalous activity would be an extra planet on an elliptical orbit, located in the far-reaches of our solar system...

According to the Sumerian clay tablets, translated by Zecharia Sitchin and published in his book The 12th Planet, Nibiru is a large planet which is on an elliptical orbit around the sun and passes by Earth every 3,600 years and is home to an advanced race of humanoid beings called the Annunaki.

The word Annunaki translates to "those who Anu sent from Heaven to Earth."

Nibiru, which some believe is referred to as Wormwood in the bible, caused mass destruction on planet Earth the last time it came around, due to it's gravitational pull, and it is written that the Annunaki came down to Earth, genetically altered the human race to turn us into slaves, made us mine for Gold to repair the atmosphere on their home planet and had offspring with our women.

The most amazing thing about the Sumerian prophecy of Nibiru and the Annunaki is the fact that the story is scientifically valid - advanced humanoid aliens could conquer us if their planet brought them close enough and Gold is indeed a substance which could be used to repair the atmosphere.

In 1983 NASA announced they had discovered a Planet X in the far reaches of our solar system and despite many observatories confirming the discovery, over the following years, the presence of such a planet was gradually swept under the carpet and is now outright denied.

Russian scientists claimed that Hercolubus would cause untold damage and "a string of calamities" and they confirmed they didn't know if Russia would still exist afterwards.

Father Malachi Martin of the Catholic Church, who had an ear to the pope, claimed that an inbound planet would cause millions to perish during it's passage and that it would look like a red cross in the sky when it becomes visible. The timeline for such an event, according to Father Malachi, is 2013 - 2025.

It is claimed that the Vatican did not want the fact that Wormwood is related to the third secret of Fatima to become public knowledge.

Could the UFO's near the sun be a sign that we are either being helped or are being monitored by extraterrestrials?

And if so, where are they from? Planet X/Nibiru? Are they the Annunaki the Sumerians told us about?

We all remember the contactees from the fifties and the subsequent abductions that are supposed to have occurred over the following decades.

Alien contactee Alex Collier claimed in the nineties that there were two massive extraterrestrial spacecraft under the oceans preventing the planet from having a pole-shift. Other alien contactees, such as Billy Meier, also warned of a coming polar shift and profound changes to Earth.

As UFO activity has increased around the world and certain countries have started coming forward to disclose their information, it becomes clear how our understanding of science has progressed at an alarming rate since the late forties.

It's clear that this side of 1947 (i.e. after Roswell) has seen us progress at a remarkable rate in the fields of space travel, computer science, genetic engineering, mind control and even nuclear technology - all incredible advancements which we possibly may have learned from the aliens.

Were the contactees telling the truth all along?

It was the computer microchip, or integrated circuit, which came from a UFO that exploded in 1949 (confirmed by declassified FBI documents) and was reverse engineered, which made most of these achievements possible for humanity and really unleashed the power of our technological capabilities - two years after the transistor had originally been retrieved from the wreckage of the 1947 Roswell incident.

The space race soon followed and within a few short decades of outstanding technological development Neil Armstrong became the first man to set foot on the moon - none of it could have been done without the microchip, without which, space travel would not be possible - a hint that the device may really have come from an advanced extraterrestrial race.

Both President John F. Kennedy and President Dwight Eisenhower went on to warn of a corrupt military-industrial-complex that had come into initiation after the National Security Act of 1947 was passed, two months after the Roswell incident had occurred.

A declassified memo shows how JFK had requested access to all UFO files that concerned national security just ten days before his assassination, he had attempted to dismantle the CIA who were responsible for the UFO cover-up and had tried to force the federal reserve out of business...

... but what about the potential future uses of the microchip when it becomes integrated with humans? 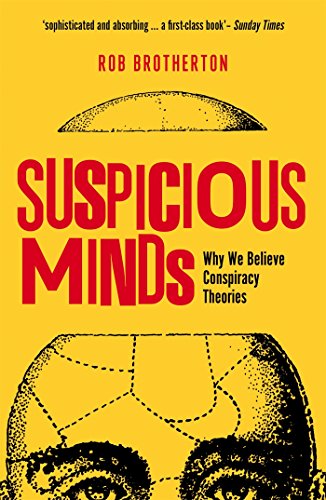 Many alien abductees started reporting that they had been implanted with some kind of device during their abductions and Dr. Roger Leir is a podiatrist, who took part in the recent Citizens Hearing on Disclosure (of an extraterrestrial presence engaging the human race), who claims to have removed RFID chips from abductees.

Dr. Leir claims that many of the devices he has removed from some of his patients seemed to be sending some kind of radio frequency out into space. He also claims that some of the devices have moved of their own accord during operations, as though they are attempting to prevent being removed.

According to whistleblowers such as the late US Air Force computer specialist William Pawelec, and the late movie director Aaron Russo (Trading Places, America: Freedom To Fascism), there are plans in existence to implant RFID chips into humans in order to regulate a new cashless monetary system which would rely purely on wireless transmissions - just as described in the bible, anyone who doesn't pay their taxes runs the risk of having their RFID chip deactivated and they can no longer buy or sell and will have no choice but to resort to bartering.

Many people believe that RFID chips, which are planned to go in either the head or the left hand, signify the mark of the beast, as described in the bible, and the unfolding situation on planet Earth seems to be growing scarily similar.

Is the bible perhaps being used as a blueprint for the new world order?

Many RFID chips are manufactured by a Californian company (founded in 1994) called Alien Technology.

So, who is responsible for implanting this alien technology in humans?

Humans themselves or is it the aliens? Or are they working together?

Any evidence of alien activity on Earth is soon quashed and eye-witnesses silenced by the "men in black" whilst the Illuminati keep information on alien anti-gravity technology and propulsion systems suppressed whilst continuing to manipulate events from behind the scenes and manufacture wars for profit.

The Illuminati remain invisible yet visible and have a secret agenda to gain global domination by introducing a one-world socialist totalitarian government, leading to the globalization of Earth and the weaponization of space.

Did Mr. Cooper perhaps know too much?