Criminal Stalking at the Piggly Wiggly: It's Not Your Job to Police Other Shoppers

Brynn's early life was magical, but her love of adventure and the unknown soon took her down darker paths. Destination: Enlightenment.

My family had money. Not Rockefeller or Carnegie money, but … money. My ancestors built churches and schools and didn't name them after the family. We have a long history of charitable works and looking out for our communities and those less fortunate.

Let's just say that my ancestors would be disappointed in some of you and your disgust for the poor. My great-great grandfather paid for a Methodist church to be built in his small town. It certainly was no big-city cathedral, but it was a decent size that could accommodate several times the population of the entire town and all surrounding communities. And then it burned down, not long after it was built. I'm sure this devastated my grandfather, but his faith in God was strong and he gladly donated another generous amount of money to the construction of the new Methodist church (brick, obviously) and paid for its largest stained glass window.

He never expected accolades for this generosity. He didn't expect people to thank him every time they saw him in town.

My grandmother, who married into his family, was very busy with the church. She always instructed me to be kind and generous, especially to those who are in need. You could dismiss this, saying that because my family was wealthy, it was easy for them to be so giving to the community. But it wasn't always easy. During the Depression, they had to mortgage their farm several times. Those mortgages had barely been paid off when, in the 1980s, my grandfather died after a long, expensive fight with Alzheimer's. They had to liquidate everything that branch of the family had built. Still my grandmother's kindness lived on.

I marvel at the atrocious behavior you "Food Stamp Vigilantes" brag about on the internet, behavior that would be roundly condemned by even the most lenient etiquette advice guru:

1) You police what people put in their carts.

You're in your local supermarket. There's a good chance you don't know anybody. Out of the corner of your eye, you see a tattooed or pierced or black or Hispanic or dirty or trashy or obese person enter the frozen snacks aisle. Or maybe it's the haggard-looking mother with 6 kids in Produce, and they won't keep their hands off the apples. But there's just something about this person that makes you certain that they are receiving food assistance. Which means you need to police their shopping.

Forgetting that what you're doing is criminal stalking, the owners of the store made a decision to allow people to pay for their food with food stamps. Which takes it into "None-Of-Your-Damn-Business" territory. I understand that you have been goaded into believing that there are people out there taking advantage of you and your tax dollars, but that doesn't give you any right to criminally harass another shopper based on their looks.

And just because someone has tattoos or piercings, just because someone didn't feel like changing out of their pajama pants before venturing out in public (many military wives are guilty of that), and especially just because people have a whole herd of kids tagging along after them doesn't mean they're on food stamps. The most ironic part of this? While you're following the family with ten kids whose parents look like they work as carnies in a traveling circus (the parents who have never been on public assistance), the sweet old lady standing next to you is wondering how to make her food stamps go a little further this month because she'd like to have a special dinner for her granddaughter's birthday.

You wonder why our youth are developing such a profound sense of entitlement? It's not because people are on food stamps. It's because people like you appoint themselves Grocery Sheriff because they pay "so much!" into the system. Well, you don't. No one does. If you make $50,000 per year, you pay about $36 PER YEAR for other people to eat.1 Ten cents per day. Sorry, but I don't think that entitles you to sneak around after someone, pursing your lips in righteous indignation while making mental notes that you couldn't possibly afford the big bottle of Hershey's Chocolate Syrup (and why can people on food stamps buy chocolate syrup anyway?). All of this drama over THIRTY-SIX DOLLARS. That's three dollars per month.

And guess what? That "nice" military guy that you just stopped and thanked for his service? The soldier that couldn't possibly be on public assistance? There's a good chance that if he's an E5 or below, his family is on food stamps or WIC. These are the people I KNOW you thank for their service while not putting pressure on our government to pay them any better. Our military family had to scrimp and save just to make ends meet. I remember being embarrassed the first time I went to the commissary with my pile of WIC checks, until I saw that every second woman there had the same pile of checks and their carts were overflowing with all the same food I was buying.

2) You get close enough to see how people are purchasing their items.

I can honestly say that the only time I notice how people are paying is when they use coins or checks, and that's only because it takes so much longer. And it takes longer because the majority of the time they are elderly and their hands don't work as well as they used to.

Why would I get so close to someone that I could see what kind of card they're using? Not only do I not want to stand that close to a stranger, but it's none of my business.

It reminds me of the cart full of soda I bought for a barbecue last summer. Didn't buy it on food stamps. At the time, we had never been on food stamps and had not been on WIC for a long time. But the older woman behind me couldn't help but announce her opinion that we should not be buying that much soda. She was visibly upset that we were buying an entire cart full of sugary drinks. It was the first time in my life that I ever thought, How is it any of your business? It wasn't like I had a Mountain Dew bong crammed down my toddler's throat in lane 5. It was just my husband and I, buying soda for a barbecue. 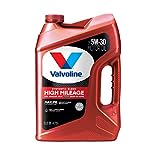 3) You follow people to the parking lot to see what kind of car they drive.

So not only did you grossly invade a fellow shopper's privacy by stalking them around the grocery store. You also spied on them when they paid for their groceries. Now you feel the need to follow these alleged crooks out to the parking lot. (And what are you, a Time Lord that controls the space/time continuum? How do you manage to get through checkout in time to see what car they're getting into?)

If they get into a brand-new Escalade, what are you going to do about it?

The most you can do is know that they drive a nice car. Even if they squeeze themselves, 5 kids and all their groceries into a brand-new Lamborghini, you have no way to turn them in. You don't know their names, you don't know where they live and you don't know their phone number (unless you stole their wallet in a moment of unbridled vigilantism).

What if they drive a 30-year-old car that looks like the only thing holding it together is the blessing of a Guardian Angel? Will it really make you feel better, knowing they drive this hunk of junk? Well, it shouldn't. You should not feel better that someone you assume is on food stamps drives a car that barely gets them to work every day.

You don't even know that they own that fancy Escalade. It could be their mom's or friend's or brother's car; their 20-year-old pile of junk could be in the shop, sitting on a back lot because the part they need is half a paycheck and the finance company couldn't care less whether it runs. And it was a choice between the car part or the electric bill.

I don't understand what your goal is. That all poor people will starve to death and stop sponging off you? There are dozens of corporations out their sponging far more money off you than that family with 3 kids. And the most you can do is go online and inseminate the world with your seeds of resentment and hope that a bunch of equally close-minded jerks will agree with you. The government certainly isn't going to transfer the burden of food stamps to companies. Because you have no power to make those corporations shoulder more of the burden, you whine to all your friends about "some guy on food stamps" that might have it better than you. That someone out there doesn't have to work as hard for what they got. Why does he get to have tattoos and not have to pay for groceries? Why does she get to leave the house in sweat pants and get soda for free? And all of this effort and drama over a measly $3 per month.

This behavior is reprehensible, and yet you brag about doing it. Can you all stop acting like the immature sibling who thinks they got the smaller piece of cake? Life isn't always fair. And you all love saying that, unless, of course, it applies to you. Then life should ALWAYS be fair. And if it isn't, then you're going to find the easiest target - not the real villains, like all those companies and banks on corporate welfare, because that's scary - but the easiest target on which to focus all your wrath. The poor are easy targets, so hold on to that fear and never fight the real enemy. Just keep following weirdos around the grocery store, I'm sure you'll never get in any trouble doing that.

Do you ever look to see how people are paying for their groceries?