Darien, Connecticut, Could Be Paradise

Graduated NYU 1964. Worked in NYC in public relations 2 years then as reporter/news editor 32 years at The Hour newspapers. Retired in 2000.

The Closest Thing to Paradise

Darien Could Be 'Paradise' 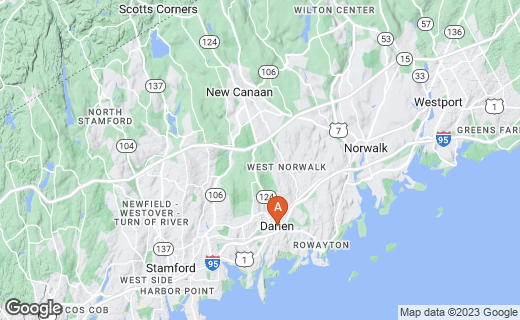 One of the oldest professions in the world, politics, has lost much of its appeal in recent years as official after official -- often following many years of dedicated, outstanding service to the community and nation -- faces career-threatening accusations ranging from sexual indiscretions to unethical or illegal conduct.

Whether the accusations are true or untrue makes relatively little difference. Once accused, a politician is rarely ever the same. Such ignominy has long been associated with politics and politicians.

It's too bad, though, because politics is truly a noble profession. Good people can find few more effective ways to influence the course of history and to promote their ideas for the betterment of society.

But, while one man (or woman) or one vote can sometimes win the day, our system of representative government is slow moving; very slow moving! Eventually, important things are accomplished, but, as we all know, the squeaky wheel gets the grease. Some things have to wait -- sometimes for a long, long time!

When I was a young man, I sometimes thought I would like to be a poltician; perhaps a congressman or senator or maybe even president! It's farfetched, of course, but what man has not thought, at least once, the things he might do if he were president.

I've long since given up any hope of being president. But, as a resident of Darien (Conn.), I now have a new dream.

My first official act as Darien's czar would be to ban all private automobiles from inside the town's limits.

Then I would instruct the public works department to tear up all town roads and plant grass. In their place, I would authorize funds for the construction of pathways for a variety of small vehicles.

All state and federal funds received for road construction and improvement would be returned to authorities, and the state would be informed that our on ramps and off ramps would no longer be needed on Interstate 95 or the Merritt Parkway insofar as there would be no roads suitable for automobile travel.

Existing gasoline stations would be converted to depots where bicycles, mopeds, golf carts and small electric automobiles (used only as taxis) would be used to take residents to buses, trains and other modes of transportation outside of Darien.

Naturally, all of this would cause something of a commotion in Connecticut and elsewhere. The residents of Darien would have to get used to the cleaner air, the quieter atmosphere, the more friendly and sociable atmosphere -- and the skyrocketing increases in property values.

But who would want to sell their property in the new Darien? And, why? To move to another community where strangers fly by the streets in automobiles without so much as a "Hi, neighbor?" Where the noise and pollution of cars and trucks frazzle the otherwise serene atmosphere?

OK, so all this is a pipe dream that will never come to pass. I won't be appointed czar of Darien.

But, nevertheless, I wish it were so.

I wrote this column as a "My View" for The Hour newspaperof Norwalk, Conn., on March 1, 1997. I now write my views on a wide variety of topics on HubPages.

Do You Favor Torpey's Plan To Make Darien An Environmental 'Paradise'?

A Video Tour of Darien, Connecticut