Tony is now a full-time writer and he has currently 4 published books with many others planned.

Sometimes when you sit down and write the words can take over, and you are no longer in charge of tehm; as if the page has a will of its own and must be heard. This happened to me here; the hub is nothing like I intended it to be; it was about grandma and the terrible injury she suffered during World War One, the war to end all wars.

Somehow, it changed and I felt the pain and hurt of all those people who suffered, not on the front line, but those who were left behind. Have you ever sat up and waited for your child to come home? How long does an hour seem, you know that really they will be alright, and that pretty soon they'll bounce in and wonder what all the fuss is about. But what if you had no idea where they were and you knew that their pals were being slaughtered by the hundred everyday. Now that takes some imagining. So I apologise if you get as upset and feel as sad as I have about these events.

On with the story.

When I was a little lad, my grandma used to take me to Scholemoor cemetery Bradford, to see a statue that must have been a sad reminder for her of a very significant event in her life.

The statue was dedicated to the firemen killed one August day in 1916.

When will we learn.

When the stalemate of the trenches began, it was obvious that it was not all going to be over for Christmas as the politicians had been promising since the outbreak of war in 1914. There was going to be a shortage of munitions. Every available factory was changed over to help with the manufacture of bombs, bullets, and shells. For the first time women were mobilised to work the land and in factories and other manufacturing.

In the words of Chief Officer Scott, " within half an hour of turning out to the fire, all 18 men were in the infirmary or killed ".

On August 21st.1916 That day the worst industrial accident ever in the UK shook Bradford.

Low Moor Munitions Company was manufacturing the ingredients for explosive shells to be sent to the front lines far away in France. They were in particular producing and using ‘picric acid’ a substance related to the textile industry, which was Bradford’s main employer before the war. The workers were nicknamed ‘canaries’ because the chemical made their skins pale yellow. The substance at times was quite unstable as it reacted with the shell casings and could explode. Later TNT replaced it as this was much more stable.

A fire was reported and firemen arrived from local fire stations, there was a tremendous explosion and the firemen were blown off their fire-engines. The fire was now completely out of control, but worse was to come; burning debris was falling everywhere after the explosion. A large gasometer containing 270,000 cubic feet of gas was hit and punctured by falling debris. The following explosion is said to be the loudest bang ever heard in England, the heat was felt over a mile away. Surrounding houses were destroyed and windows were smashed for a radius of several miles.

The nearby railway was put out of action and a worker killed, almost 30 carriages and wagons were destroyed and 100 seriously damaged.

One thing which one eye witness recalls was the number of dogs running away in all directions, later to be found as far away as Wakefield, Huddersfield and Halifax some twenty miles from home.

Through her deafness, I heard the drums of War.

Ordinary people who had no idea why their loved ones were being slaughtered in foreign fields, just tried to get on with their lives as best as they could. Food and the stuff of their lives were becoming difficult to find, but then suddenly the war becomes a real living or rather dying thing. For most the death and horror were just stories in the newspapers until an event such as this awakens them to the reality.

On August 21st.1916 my grandma was going about her daily routine, she had no idea that the greed of nations, in particular, Kaiser Bill’s bloodlust and thirst for Germany’s expansion was about to change her life forever.

A slightly built girl hardly five foot tall who was an accomplished pianist who played regularly at her local church she was in the small scullery kitchen when suddenly her life was shattered and altered. The house windows disintegrated as the shock wave from over two miles away punched its way into the house. Cornered in the small kitchen the percussive effect that followed the initial shock was devastating and Grandma was deafened for the rest of her life. Although they saw several doctors, no help was available and her hearing was never restored.

There is no memorial or even a plaque to those civilians who were killed, or lost their homes. How many must have been in need of help, no one got councilling in those days, no celebraties came and lamented the horror of that day.

To the best of my knowledge there is not even a mention on the statue's base. I'm not saying there should not be a monument to the brave firefighters, far from it, I have great respect for them. The tragedy is that the civilian loss has never been recognised in the same way as the services in either World Wars, for the victims of the blitz, that went on in many cities night after night with thousands killed, displaced, lost and injured. Even merchant sailors who died in cold black seas far from home, just doing their job. Without whom we would have starved in Britain during both wars.

The custom of selling poppies began in the United Kingdom on Armistice Day, 1921. The widows of some French ex-servicemen suggested the idea when they called on British commander in chief Earl Haig at the British Legion Headquarters. They brought with them some poppies they had made and thought that the sale of them could help victims of war.

The haunting poem written by John McCrae while serving on the battlefields of Flanders was thought to be the inspiration for this:

In Flanders fields the poppies grow

That mark our place, and in the sky

Scarce heard among the guns below.

We are the dead. Short days ago

Loved, and were loved, and now we lie

The services begin with two minutes of silence. Edward George Honey (1885-1922), an Australian journalist and soldier, first suggested the idea of a silent tribute to the persons who died in World War I. In 1919, his suggestion was adopted throughout the British Empire.

The aftermath, the break up of nations

The first World War was billed as the war to end all wars, well as we know that never came about, but the map of Europe was shaken up and four major players were changed forever. The German, Austro-Hungarian, Ottoman and Russian empires all changed. The Habsburgs, the Romanovs, the Hohenzollerns, and the Ottoman aristocracies were lost. France who lost 1.4 million soldiers was badly damaged. Britain slipped from being a major lending banker to being a major borrower.

The flu pandemic that devastated Europe after the war killed more than the war itself had done. It was mistakenly called Spanish flu, but it had originated in America and been brought over by the American troops.

By 1922, there were between 4.5 million and 7 million homeless children in

Russia as a result of nearly a decade of devastation from World War I, the Russian Civil War. It is thought 25 million died from a typhus epidemic. 750,000 German citizens died of starvation during the war due to the blockade of seaports.

The list seems endless and the horrors are without boundaries, so much so that I am overcome with grief as I write this article.

The situation, of course left the door wide open for the fascist parties of Europe to take a step nearer power. The Russians as always suspected everyone of trying to undermine them and closed their borders. Some say it was to hide the atrocities that had been committed during the revolution, but no one nation is in a position to be the first to cast a stone.

So much talent lost forever.

The list of war dead is sad enough, but more than names were lost. What scientist, what thinkers, what artists, what friends.

If I should die, think only this of me:
That there's some corner of a foreign field
That is forever England. There shall be
In that rich earth a richer dust concealed;
A dust whom England bore, shaped, made aware,
Gave, once, her flowers to love, her ways to roam;
A body of England's, breathing English air,
Washed by the rivers, blest by suns of home.
And think, this heart, all evil shed away,
A pulse in the eternal mind, no less
Gives somewhere back the thoughts by England given;
Her sights and sounds; dreams happy as her day;
And laughter, learnt of friends; and gentleness,
In hearts at peace, under an English heaven.

They shall grow not old, as we that are left grow old:
Age shall not weary them, nor the years condemn.
At the going down of the sun and in the morning
We will remember them

When you go home tell them of us and say -
For your tomorrow we gave our today.

Where is Low Moor Bradford W.Yorks 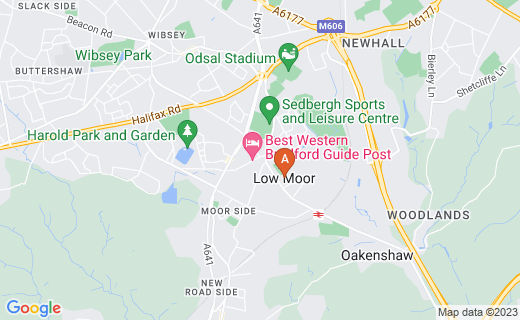 The site of the old foundry has gone, but the memory lingers on. 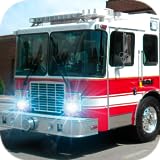