A look at the reasons why women are less disposable than men and thus overall stronger.

Like most people when I'm bored I begin to hunt for things to occupy my short attention span and last night an initial sweep of the living room brought me to the DVD rack. I have to confess at this point I have a love for collecting all my favourite movies and thus when I say DVD rack, I mean DVD racks, six of them from floor to roof and two smaller revolving ones. After deep consideration and an hour long sidetracking by categorising the DVDs into Actress order I came across a long lost film that I hadn't watched in a long time, partly because I wouldn't admit to owning it; Titanic. I put the film in and carried on with my categorising until something caught my attention. On screen the boat was sinking and the ships crew were calling for people to get into the lifeboats, but they called for an order that intrigued me; 'women and children first'. Why should women and children go first? Why is the life of a woman more valuable than that of a man? Is it because women are viewed as the weaker sex?

I will concede that the upper body strength of a muscular woman would not outdo that of her male counterpart but women are by no means weak. Today we have female body builders and amazing athletes, in the past it wasn't so different. The women of ancient Sparta were known and respected for their physical prowess. They were literate and trained in various athetic disciplines such as running, fighting, javlin and discus. Spartan women were able to protect themselves to a better degree, protect their husbands property while he was at war and protect their Spartan young, the future soldiers of the city.

In Greek mythology a race of warrior women called Amazons lived as an independent government under a queen by the Black Sea. Herodotus mentioned them various times in his works and called them Androktones "killers of men". These women lived without men, farming, hunting and fighting against any would-be male oppressors. Though perhaps they were myth, they certainly were not weak. However, strength isn't the only variable to look at. Various sources say that biologically men are more prone to conditions such as coronary artery disease and cancer. The 'Man Flu' is a well known point of ridicule from women but research has proved than men do in fact suffer infections and viruses with worse symptoms. This could however be due to societies pressure on men to ignore pain and persevere in the face of adversity, like the Michael Jackson lyrics "They told me a man should be faithful, walk when not able and fight til the end but I'm only human", thus leading to late diagnosis.

Research has also told us that adolescent males are more likely to die than females due to a number of reasons. Suicide is allegedly higher in males of this age group and one the main reasons dating back to the beginning of man, is their behaviour. Like animals, young males become frustrated and restless engaging in violent and destructive behaviour on a much greater scale than females. Despite those humanists who believe that our psychological make-up overrides any instincts we would once have had via evolution, I can see distinct patterns just observing young men and women out on an average Friday or Saturday night or by watching the news.

In relation to population, males in all species can be described as disposable. Their sole biological purpose is to grow up, fight other males for dominance of a female, procreate and then they fall into insignificance. The female has to bring up the young and possibly repeat the process and thus is needed for a longer period. This was apparent in archaic Greece during the great colonisation. When cities (or poleis) became overpopulated and starvation posed a very real threat. To combat this the assembly would designate men from all families to go and create a colony elsewhere, finding local women and thus populating the city. Women were not allowed on these expeditions and rarely followed their men as they were needed to keep the population of their own city state from falling. It is with these ideas that we can see throughout history that even though women have been oppressed and belittled, fundamentally women will always be the stronger sex. 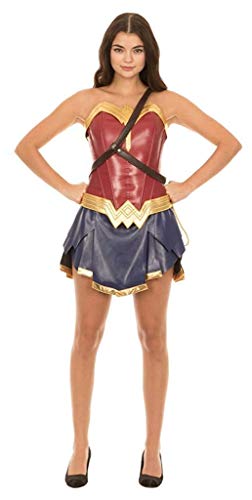