Sylvia Ruiz Mendelsohn has a long history of not telling the truth, so much so, she gotten very good at it.

Arrogance of the ESD6

It can no longer be viewed as possible ignorance of the law, but simply put, by arrogance of the members of the ESD6 and Commissioner Chico Rodriguez.

The strained funds of the ESD6 to pay for the expenses of the year were already $100,000 over budget according to a previous treasurer's report and yet the release of their agenda for a meeting to be held on Thursday, March 24, 2011--had them pushing to continue to create their new fire department.

Particular items to look at:

3. Report on the Commissioner's taking Oath of Office and statement of Appointed official, perform swearing in of Commissioner's, if necessary, and direct the staff to file Oaths of Office and Statements of Appointed Official in accordance with the law (This would be to cover the fact that this law was violated from the first time they started a meeting after re-appointment of board members- without having an election of officers or showing proof of oath).

7. Board to discuss election of officers.

8. The board would discuss and take action with respect to the organizational status of District 6 Fire & Rescue. (According to local tax records, study 3- annexation/for south-side use only properties are popping up everywhere in the area from Ms. Mendelsohn's property fence lines up to 1604/ Pleasanton Rd.) South Bexar Fire & Rescue would have no place to go with annexation, but out.

15. The Board would be asked to discuss and consider the approval of payment and or ratification of payment of bills and other items presented for ESD6 due and payable for the month of March, by itemized attachment. (LOOK CLOSELY: Holtman & Wagner payment for $2626.75 is an expense that had to do with the community center, it is not related to fire safety, Jaster Quintanilla, another community center expense that is duplicate work that was already paid to another individual, OMISSION: Once again, the big question, where is the expense of the $50,000 payment that was due to the architect (a portion of a $219,000 payment due) This item was removed from the agendas since December 2010 and has not been seen or heard of since. Has this item been paid? If so, it would in itself be a violation of the court order.

The ESD6 board that cannot function properly within the guidelines of the law, is now overseeing the new District 6 Fire & Rescue, Inc.

Item 4- to discuss and consider the election of officers.

Item 5- to discuss and consider the adoption of a conflict of interest policy.

Item 6- to discuss and consider opening a bank account. (A volunteer fire department must raise it's own money to start up, is it legal to take funds from the ESD6 to create the new department? Can they seriously take funds that are already lacking from the 3 other departments and spend it to create a new department? It was Ms. Mendelsohn herself that stated to Mr. Woods, that the people of the south bexar county community simply didn't understand that there wasn't enough money to run 3 departments. 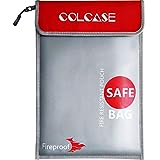