Female Circumcision is An Ancient Cultural Ritual Questioned by Many

When do cultural differences cross the line?

Culture is the basis of humankind but do certain ritualistic practices cross the line. Is there a question of what is moral? Injuring a person physically, emotionally, or spiritually is an allowable act for the sake of culture. Questions should arise although most fear going against the traditional grain and speaking out. Crossing many boundaries is the alteration of female biological genitals and in some cultures is a very questionable ritual. Even in those cultures that practice these rituals young females are speaking out about the torture and fear related to this act.

A practice that is beginning to attract great attention – acceptable or frowned upon – this procedure is performed on young women without their consent, leaving their bodies forever changed at a tender age before reaching puberty. In many cultures, these practices are culturally acceptable and forced upon young women as a means to become marketable upon puberty. Most parents believe in this ritual as they feel a child without a removed clitoris is ruined.

Realistically speaking, taking into consideration the danger and damage that occurs to the body by the improperly performed surgeries, should these practices be perceived as morally acceptable? Morality and cultural boundaries encompass a large spectrum of practices, where one may encourage behavior while others may see it as criminal. The question appropriate practice then reaches out to the individual; should someone’s individual rights be imposed on to maintain a cultural belief? 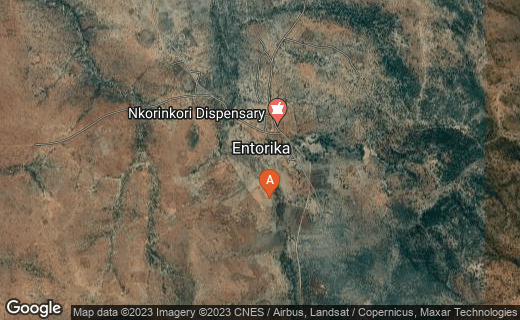 In 2014, women of the Enkorika village gathered to protest against the government in an effort to ban female mutilation practices.

There is an estimated 130 million girls and women around the world who underwent this type of hack job surgery and another two million are at risk every year. This is a practice known to begin 5,000 years ago. The makeshift surgery, generally performed without anesthetic, may have lifelong health consequences; to include chronic infection, severe pain during urination, menstruation, sexual intercourse, and childbirth. The pain caused by the procedure is thought to create great psychological trauma. Girls face the risk of death, often from bleeding or infection without proper medical treatments available (Kreimer, S., 2003).

For a female child to enter womanhood, this is a necessary practice, followed by these cultures. Father’s that hold this belief feel that if his daughter does not go through with the procedure then she is not able to marry. As a result he will not receive a bride price, or gifts, for his daughter paid by the groom‘s family. Brainwashed, girls do not commonly fear this painful experience; they may actually look forward to it. To further the enticement of the surgery is the female child no longer required to perform juvenile tasks but rather allowed to indulge in womanly duties.

In other cultures, children become adults by reaching a particular age – free of surgical pain. Adults then are able to make decisions to alter their bodies like adding a tattoo, piercing, maybe even plastic surgery; all done at your own discretion. Imagine a seven-year-old going to a plastic surgeon for breast implants to make her body womanlier. Now that sounds absurd and unrealistic to most but what if those were the beliefs instilled into her. Is she still wrong?

If It Wasn't for the Women. . .: Black Women's Experience And Womanist Culture In Church And Community
Buy Now

Women in Those Societies

Proving to be true by research, at the stake of culture, women are considered less than a citizen in some of these areas of the world. Altering a woman’s body, a common belief of many cultures can be perceived as playing a role in the continuance of this procedure. The procedure, supposed to provide the men with increased joy during a romantic encounter, consequently serving the opposite effect for the women. By altering a woman in this manner she may have no pleasure but rather pain when involved in a romantic relationship. Gratification felt by woman within these cultures is taboo, justifying once again that this procedure is encouraged for the purpose of ensuring purity at the time of marriage.

To further question of culture versus morality, this procedure does not end with the initial surgical act. It overlaps into a woman’s marriage allowing her husband to forcefully open the childhood suture with a knife or other sharp object. Infibulation is the procedure that involves stitching together genital opening which leaves only leaving a small opening for draining menstrual blood. This is a very painful procedure running the danger of infection and other health issues. Is this fair for women to experience a horrific event, causing damage to their bodies, not once but twice?

Medical complications related to these procedures studied in 290 Somalian women between ages of 18-54. 39% of the interviewed women had experienced significant complications after their procudes and the most common problems were hemorrhage, infection or urinary retention. Thirty-seven of the women reported a late complication related to the procedure. Among these complications were dermoid cysts at the site of the amputated clitoris, urinary problems such as pain at micturition, dribbling urine, incontinence and poor urinary flow. Forty of the women had experienced problems at the time of menarche and ten of them required an operation because of haematocolpos. Most of the married women of the study sample were defibulated [opening of the original suture] naturally by their husbands (East Afr Med J, 1992).

Various utensils are reportedly used to perform the surgery, not all are sterilized or even sharp, creating the potential for pain and infection. As if that is not enough, these procedures are commonly performed without any pain medication and certainly not done by a doctor. In Sudan, a midwife usually carries out the task and in Egypt it is left up to a barber.

This subject, extremely alarming, but young girls in these cultures see this is as common practice and a part of growing up. On the other hand, certain cultures believe in performing similar alterations to the male body which is quite normal in the Western regions of the world, either for cultural or religious reasons. Controversy surrounds the male procedures as well, however I assume for very different reasons. The main difference with males is the surgery is performed on infants with the idea to lessen the pain. The results do not affect or intend to effect romantic relations in adulthood. The male procedure is not used to symbolize being lower class in society or to demean unlike the female procedure. Also the male procedure is marketed for cleanliness and the hopes of reducing potential infections which is neither confirmed or denied. A male also receives the care of a licensed doctor rather than a midwife or someone meant to cut your hair. The premise of male and female measures are meant for different reasons and symbolization, therefore, treated differently. Female altering is the creation of a symbol and meant to demean a person rather than to increase the quality of life. 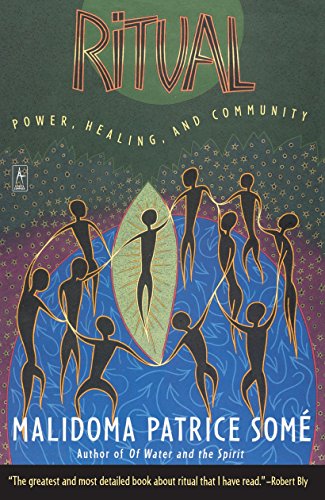 Underdeveloped lands lead to additional complications with these procedures. Leaving young women most likely to hemorrhage to death or develop scar tissue that is irreversible since individuals who lack of medical training and knowledge performs them. With the absence of proper medical advancements and professions it seems that the risks to perform such acts outweigh the benefits f the procedure, even for the sake of culture.

Could you imagine being a parent sending your child off to be disfigured, terrified and tortured where you are able to do nothing as you are confined to culture in the essence of avoiding social outcast. Is this not child abuse? A parent’s number one interest is to care for their child in a non-harmful manner. How could this act whether culturally center or not be considered what is the best for a child. In Africa, the father’s family has the choice if their children are to live or die and if this practice will take place with their own children. Even in families that tried to leave behind such barbaric acts, ultimately the families dictate the child’s fate.

Empowered villagers in Senegal lead a movement against female body altering. This was a holistic and nondirective educational program founded in 1991 called Tostan. Staffing of more than 600 Senegalese who taught democracy, human rights, hygiene, health and management skills in the national languages and was directed by Molly Melching. Since the first village made a declaration in 1997, 1,271 villages – more than 25 percent of Senegal's practicing communities - have abandoned the cutting (Kreimer, S., 2003).

What do you think of these practices?

The progression of our world in turn allows the eradication of harming people even if done so in ignorance and thereby performing unnecessary surgeries. By wanting more for our children, one must ask if he premise of this procedure was discriminative from the beginning and thereby can be eliminated. Is there purpose behind this horrific ordeal or is the purpose to degrade a nation of women and to instill inferiority. So one must ponder is it truly culture or power.