Everybody experiences some kind of fear, sadness, grief, anxiety, phobia, trauma, confusion, loss and mourning. When politicians gain financially from stirring fear and other human emotion mentioned above, I say like Margaret Chase Smith quoted: "We should not permit tolerance to degenerate into indifference."

Indifference to the knowledge of thousands of dollars gained from the U.S. Federal Emergency Management Agency and Department of Homeland Security to set up an alert system in the name of a tsunami 94 years ago.

Puerto Rico is an island almost rectangular in shape, with approximately 100 miles long by 35 miles wide. It is the smallest of the Greater Antilles, and has two adjacent islands named Vieques and Culebra. 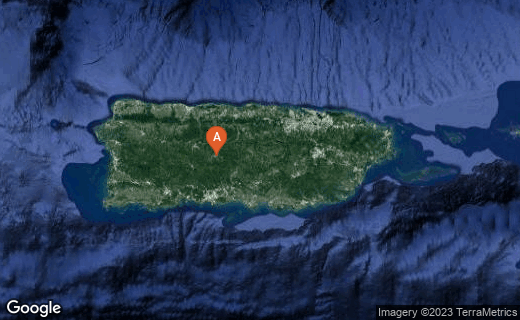 When Luis Fortuño (Ex Governor of PR) and Pedro Pierluisi (Resident Commissioner) pledged $6 million to eliminate any concern or risk in failure of communication between Alaska and the Caribbean concerning to seismograph activities.

The capital of Puerto Rico is San Juan.The mayor was Jorge Santini which I found that in the name of the last tsunami occurred in 1918 said that a network of sirens and a public education campaign were critical in case of evacuation. For this reason $800,000 from the U.S. Federal Emergency Management Agency and Department of Homeland Security to set up an alert system.

The picture below shows that Puerto Rico is located in a seismically active zone. The Puerto Rico Seismic Network (PRSN) consists of 25 seismograph stations located in PR and nearby islands monitoring seismologic structures.

Puerto Rico is located in a seismically active zone

Earthquakes caused tsunamis that affected Puerto Rico in 1867, 1918 and 1946. Do we really deserve to have our emotions played with while politicians gain money in behalf of theories and speculations?

Some campaigns of fears have been done and signs are seen in some places. The indifference that we should not present is toward the results of the addition made from the money invested.

I wish people would really care for where the money goes because in this world there is so many needs. Just imagine where the money goes...financing from fear. Perhaps the conversation of the picture with such happiness is about how they invest in the needs of the people and not in their own private lives.

We cannot recline on politicians awareness only. We need to understand that we are responsible for our own-selves and our families, as well as our neighbors.

How to be prepared BEFORE a natural disaster

I cannot understand why people run in the midst of an announced disaster to start preparing what should have been prepared before. Nature brings tornadoes, earthquakes, and tsunamis unexpectedly and we have all seen this worldwide. The following list is just a hint of what you ought to have prepared today.

Many things are inevitable...no money will stop a natural disaster. Money should not control our lives but we could control money. Elections are around the corner every four years...and taxes year round. Meditate, reflect and look if the real necessities are being covered such as:

"Do not be anxious about anything, but in everything, by prayer and petition, with thanksgiving, present your requests to God." Philippians 4:6

Blessings to all as we make those words written in Philippians 4:6 ours.

The world we live in