Vigil for the Immediate Release of the Panchen Lama

Tenzin Delek Rinpoche, a Decade as a Prisoner of Conscience

It has been several years since we started advocating for the release of Tenzin Delek Rinpoche from prison, held by the government of the People's Republic of China. Tenzin Delek Rinpoche [CH: 阿安扎西 Pinyin: A'an Zhaxi] is a much respected community leader. He is charged with inciting “splittism," which essentially means working to preserve Tibetan identity and culture.

He is serving a life sentence with has been reduced to a term of 20 years. The expected release date not known; not before 2022. He is currently at Chuandong Prison, Sichuan Province. He has been beaten and tortured, is in ill health and in need of medical assistance. In April 2012 Tenzin Delek Rinpoche will have been in detention for ten years. He is currently known to be suffering from high blood pressure, heart disease and problems with his legs due to the torture he has endured.

Here is a link to "Free Tibetan Heroes," which describes his plight in greater detail.

Links - His Holiness the Panchen Lama

The Panchen Lama, Missing for over 16 Years

The issue of the Panchen Lama is even more complex. The Tibetan spiritual community has several figures that are much revered as reincarnated spiritual personifications of the enlightened mind. His Holiness the Dalai Lama is well known throughout the world as the spiritual leader of the Tibetan people. The holder of the title, Panchen Lama, is also a cherished person in the Tibetan spiritual cosmology. Bear in mind that as considered reincarnated, the new Panchen Lama (and perhaps many, many years from now, the new Dalai Lama) was found as a small child by a committee of monks entrusted to understand the signs that would help to find the new holy person.

I urge everyone with an interest in human rights, to contact your legislators to urge the government of the People's Republic of China, to free the Panchen Lama and his family, Tenzin Delek Rinpoche, and all prisoners of conscience (people imprisioned for their beliefs or cultural identity.). 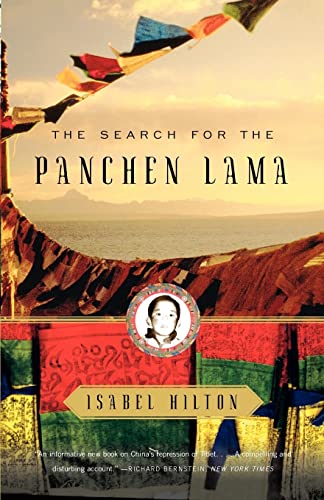 The Search for the Panchen Lama
Buy Now