Background Controversies Of Ukraine, Crimea, And The 2014 Sochi Winter Olympics

The South Of Russia Was Always Turbulent

A Ukrainian great-uncle-in-law of mine immigrated to the USA as a young boy with his family in the first decade of the 1900s. The family did this specifically to escape politics and possible death by military attack or by starvation near the Black Sea.

The Southern Front of the Russian Civil War was active from 1917 - 1920 in Crimea, Ukraine, the Don River area, Kuban, and the Caucasus. The Crimean War had already damaged Ukraine from 1853 - 1856.

The Russo-Turkish Wars, Turkey being on the south shore of the Black Sea, embroiled the years 1568 - 1878 with conflict with little respite, and ran into World War I in the Caucasus from 1914 - 1918.

All of these conflicts were connected to the Ottoman Wars that extended farther back in time to at least as early as 1453 and progressed forward into the Crimean War. 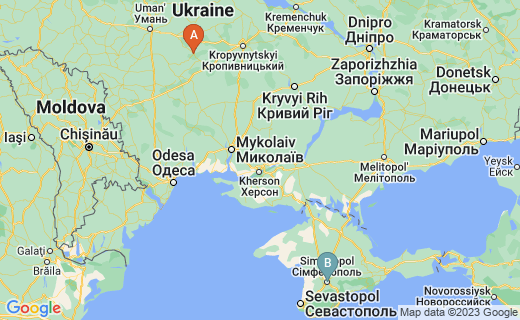 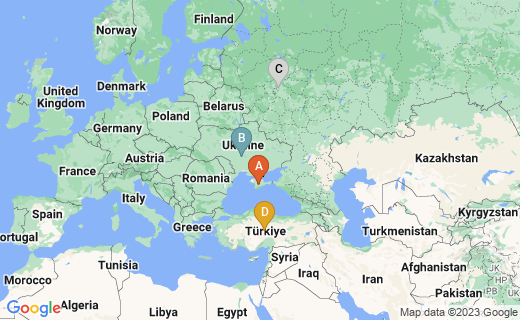 Long Lasting Turbulence In the South

For hundreds of years, it was always turbulent in the south of Russia. It was so turbulent that my uncle refused to speak of it. Much blood was shed and many starved. Even in early 2014, suicide bombers, terrorist attacks and killings, bombings, and at least one one-off hoax threat letter blanketed the Black Sea Region and republics just to the north.

Uncle came from the war torn south of what was Russia, would become the USSR in the October Revolution, and what would once again become Russia after the fall of the Berlin Wall in 1989. I think of all this whenever I visit the exhibition of the pieces of the wall on permanent display at the National Air Force Museum in Fairborn, Ohio.

Local news in my area of Ohio declared before the Winter Olympiad of 2014:

The Sochi Winter Olympic Games are in the middle of a war zone.

These Winter Games in Sochi coincide with the 150th anniversary of the expulsion of Muslim Circassians from the Black Sea coast, resulting in 1.5 million deaths in a Circassian Genocide. Not only Circassians currently in the area, but also Georgians and others are staging protests against the XXII Winter Olympiad.

My high school Russian teacher also came from Ukraine with her mother and also spoke little of the conditions, by this time under the USSR. It was turbulent, dangerous, and starvation-burdened in all of the republics south of Russia. Bibles had to be hidden under the floorboards when the military checked houses door-to-door on rounds. Having a Bible or Torah could mean one's death.

The Five Year Plans for agricultural in the south resulted in little food - people often lived on soup made from dried cherries in the winter. American high school and college study groups to Russia, Ukraine, Georgia, White Russia, and other republics had to take much of their own food with them.

The Sochi area prior to the Olympiad has been filled with local and national military personnel. Russia and the USA spoke about how best to detect the presence of bombs at Olympic events, the Athletes Village, and local hotels and other attractions. Protests of the Games were expected to escalate.

Sites of Tensions and Warfare on the Black Sea 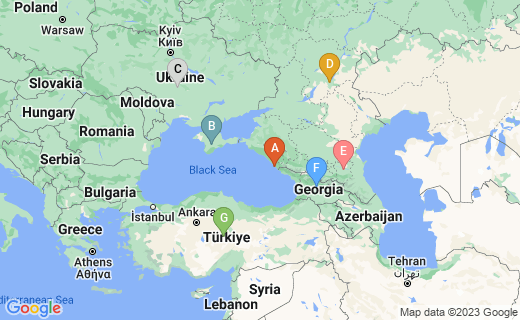 The Nature of Sochi, Russia

The northern shores of the Black Sea comprise a resort area in Russia, subject to large influxes of vacationers. People in Northern Russia ride the rails for over 36 hours to reach this seashore and its attractions. It has beaches and palm trees, but is also near the Caucasus mountains..

Travel sites compare the region to the French Riviera and during peak tourist dates, the beaches are crowded with vacationers. However, for the Olympics tourists, Russia imported additional sand to cover the rocky areas of the northern shoreline. At the same time, snow machines were brought in to produce snow for the winter sporting events.

In January 2014, the ambient temperature of Sochi was about 55 degrees F - not cold enough to produce snow. It is a lovely area and my uncle was sorry to leave, but glad to find things to like in America.

The seashore meets the mountains near Sochi, offering many outdoor opportunities for activity and relaxation (see map below). The city includes an upscale urban area and miles of rural communities. 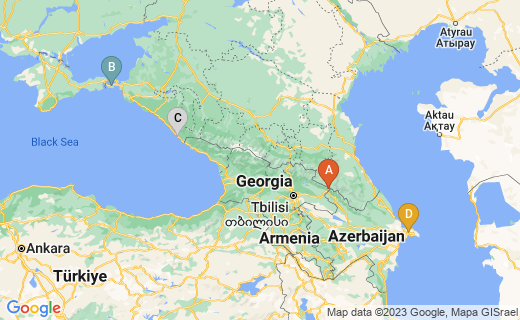 The media drew attention to bathroom stalls built for the Olympics, complete with two toilets in one stall. Such media attention prompted the removal of one of the two toilets.

To those old enough to recall, this brought to mind the immense government expenditures of a particular Air Force unit at Wright Patterson AFB in the mid 1980s, the one that decorated a Christmas tree with $300 hammers and a $500 toilet seat, all government issued. Government issued items cost more and the Olympics overall in 2014 is the most expensively produced on record, even taking into account inflation.

Among the city improvements and new sports facilities, residents still see some of the crumbling older buildings. Amusing and sad at once, a new highway passes by some decrepit buildings, almost highlighting the urban decay. What will the landscape look like six months after the closing ceremonies?

It is also amusing and sad at once that Russia's Mr. Putin and other state heads are at odds over the sexual orientation of athletes and what related propaganda they may distribute to the youth of Russia in February 2014. I don't think any was planned to be distributed, verbal or written.

The emphasis on determining the gender of every athlete in the 2012 Summer Games was not amusing - it burdened the Games and athletes and threw a pall over the festivities, and now orientation is the emphasis - so what next might occur? Many residents and neighbor countries' peoples are upset that the Games fall on the 150th Anniversary of Muslim Circassian Genocide in the region. We as nations still remember the 1972 Munich Massacre, the assassination of Israeli athetes. Fear of like disasters kept at least 300,000 tickets to Sochi events unsold in the two weeks leading up to the Games.

Mr. Putin's anti-gay statements were met with an Olympic delegation sent from America comprising gay and lesbian athletes, including Brian Boitano, whose announcement of his sexual orientation at that time having the flavor of "Oh, by the way, I'm gay, too" type of jab at the Russian leader. I hope that no one is injured over this issue in Sochi.

News media reported that NBC vowed that it would bring to light any human rights abuses and anti-gay activity seen by its reporters in Sochi during its coverage of the games.

Victories Before the Sochi Olympics

The Jamaican Bobsled Team qualified a two-man unit for Sochi, but had no money to get there. However, in under three days on the CrowdTilt funding site, they accumulated much more than the $80,000 asked. They amassed over $125,000 and were assured of the financing to travel to the Sochi Games. Donations kept coming in, anyway.

If you remember the film Cool Runnings with John Candy, loosely based on the Jamaicans and their 1988 Winter Olympics competition, you may be excited to see the team in 2014. Somewhere, John Candy is smiling.

Twin American sisters, aged 31, tried out for the Olympic Biathlon Team and one sister gave up her spot for the other, who was ailing and having a bad day. How many people would do that? That is a victory for us by example and for Lanny Barnes. Her sister Tracy felt Lanny deserved the spot, having been the only one of them to qualify for the 2010 Vancouver position.

A 13-year old miracle on a snowboard, Chloe Kim, was declined a position on the American Olympic Snowboarding Team, because she is not old enough - by two years! She's just as happy, feeling she is not ready for the intense pressure of the Olympiad. Next time, she should be unbeatable in 2018, as she already completes back-to-back 720s in competition. (I need Yaktrax cleats just to walk across the snow!)

Another victory for many nations is that increasing numbers of athletes are competing in both Summer and Winter Games these days, such as:

The person that impresses me a little more is a musician that entered the Winter Olympics, despite the stereotype that musicians will not risk hurting their hands. This musician is:

The new Mandarin Hotel in Sochi is another victory, if it does not fall into decay after the Games. It is the first and only (in 2014) outdoor lifestyle entertainment center in Russia, and open your-round.

Mandarin is much like an American open-air multipurpose complex with fine dining, casual food shops, boutiques, entertainment venues, and other attractions within 10 buildings accompanied by plazas.

With a reported 2.5 million visitors each year, Sochi should be able to make good use of this venue. 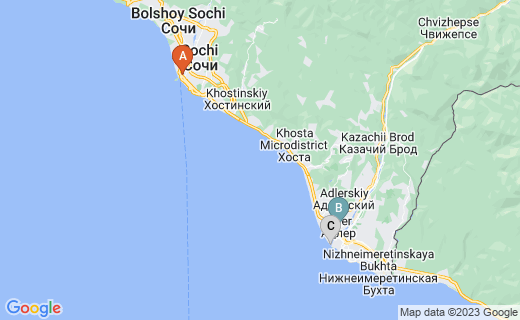