"Hello Bangladesh! I bring with me the affection and goodwill of the people of India."-Narendra Modi (Prime Minister of India).

Ceremonial Welcome To Modi in Bangladesh :-Modi landed at the Hazrat Shahjalal International Airport in Dhaka and what he saw there was the red carpet welcome by Bangladesh Prime Minister Sheikh Hasina where Modi expressed that his historic visit to Bangladesh would assure his hope of strengthening bond between these two neighbouring country. A student of KG I, Kaji Korpita Hossain gave flower to Modi who conversed with the little girl cordially for a while.The Amir (chief) of Jamat-e-Islami Bangladesh, Maqbul Ahmed hoped the “existing problems between the two countries” would be solved .It is a party well-known for its anti –Indian stand. Khaman dhokla and veg Hyderabadi biryani was served at a state banquet. .
"Thank you PM Sheikh Hasina for the warm welcome. I look forward to a very good visit that will strengthen ties between India and Bangladesh."- Narendra Modi (Prime Minister of India)

It was a ceremonial welcome for a Prime Minister at the airport.Modi felt that the protocol had been broken.

Prime Minister Narendra Modi went to Bangabandhu Memorial Museum to pay tribute to Mujibur Rahman, the founder of Bangladesh Sheikh .PM Modi, who arrived in Dhaka in the morning on a two-day visit, tweeted "After tributes to the martyrs, paying respects to Sheikh Mujibur Rahman at Bangabandhu Memorial Museum who lived there from 1961 till his murder on the night of August 14-15, 1975". Modi who watched all the exhibitions at the museum,tweeted some of his likened photos.These photos are the collection of Mujibar Rahman from his life events.This two storied building was the residential of Bangabandhu Mujibar Rahman.Modi went to National Martyrs' Memorial and paid respect and honour to those soldiers who died in 1971 Bangladesh Liberation .

Important Happenings In Dhaka Between Narendra Modi ,the PM of India and Sheikh Hasina ,the PM of Bangladesh

Narendra Damodardas Modi,the Prime Minister of India declared a fresh US $2 billion line of credit and added for fast implementation of the earlier line of credit of US $800 million and full disbursement of US $200 million.

It was an irritant dispute for 41 years between Bangladesh and India.This event was the most important in this visit of Indian Prime Minister to Bangladesh.It
was for the exchange of documents related to the Land Boundary Agreement (LBA) between India and Bangladesh.According to this agreement 111 border enclosed territories wiil be transferred to Bangladesh and 51 border enclaves will be transferred to India mutually.It does not only make a clear international demarcation but it allow 52,000 stateless people to choose their nationality. It stretches 4,096 kilometres.

"The visit is at a historic moment. We have resolved a question that has lingered since Independence. Our two nations have a settled boundary. It will make our borders more secure and people's life there more stable," – Narendra Modi ( PM of India) who added , " it reflects the consensus in India on relations with Bangladesh." Modi compared it to the dismantling of the Berlin Wal.

There are so many prospective and promising ways like road, rail, rivers, sea, transmission lines, petroleum pipelines and digital links to be connected with Bangladesh.Indian Prime Minister Modi, his Bangladesh counterpart Sheikh Hasina and Chief Minister of West Bengal flagged of two bus services -- Kolkata-Dhaka-Agartala and Dhaka-Shillong-Guwahati jointly.

A mega power plant and a floating LNG import terminal in Bangladesh for an expenditure of $3 billion was seen to have been signed by Anil Ambani led Reliance Power. Four plants will produce 3,000 Mw of electricity at a cost of $3 billion. will set up two coal-fired plants will be set up by Adani Power to produce 1,600 Mw for the cost of more than $1.5 billion.

Sheikh Hasina promised , "There will be zero tolerance for terrorism and extremism."

, “I am confident that with the support of state governments in India, we can reach a fair solution on the Teesta and Feni rivers. We should also work together to renew and clean our rivers.”

Modi is concerned about the relation between these two countries over rivers which , he said, should strengthened relationship. It should not be a source of dispure . Modi said ,”Water sharing is, above all, a human issue. “ People on both sides depend on water sharing for their livelihood.

Abdul Hannan, a former diplomat and columnist said ,“For India, the visit (of PM Modi) will be a crowning success. But for Bangladesh, the visit without a Teesta deal will be a deep disappointment and a defeat of
our diplomacy”. 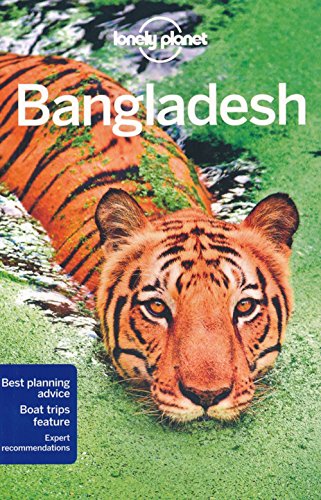 Hasina said , India is a "very important neighbour". He added , this visit gave "us a renewed hope and would provide growth" .

Mamata Banerjee :- The presence of Mamata Banerjee ,the Chief Minister of West Bengal ,in Dhaka is a privilege and an advantage to attribute the relationship between India and Bangladesh a familial touch.This was the observation of Modi.