How Do You Feel About the Head of the IRS being Someone Who Hasn't Paid His Taxes?

Taxes Have Been The Downfall of Many Cabinet Nominees

By this question I presume that you are asking for opinions on recent revelations that New York Federal Reserve President and current Treasury Secretary designate, Timothy Geitner, failed to pay Social Security and Medicare taxes on his income while working for the International Monetary Fund (IMF) between 2001 and 2004, along with the revelation that during the time the nanny, who took care of his children as an employee working for him, had her Green Card expired and went three months before renewing it. In addition I believe there was also something mentioned about his attempting to claim a deduction for his child's summer camp expenses even though such a deduction was not allowed under the tax code.

Now that we have clarified the question do you think Mr. Geitner should be confirmed as Secretary of the Treasury?

For opponents of an incoming President, such little scandals not only help them to overcome the disappointment of having their candidate lose, but also have the effect of diverting some of the new President's time and attention away from his promised programs - programs which those who voted against him usually oppose anyway.  However, since the nanny  tax scandals have affected both Republican and Democratic administrations the net effect is a wash.  Of course, for those of us who feel that we have too much government to begin with, anything that keeps politicians of either party from enacting more programs is good news regardless of which party is occupied with the current scandal. That being said, the real problem here is not so much the intelligence or character of Mr. Geitner as it is of a tax system that is so large and so complex that there is not one person on earth who can honestly claim to understand it.   Every year the Wall Street Journal and media organizations submit one or more fictitious, but representative, tax returns to three or four IRS agents and three or four professional tax accounts and ask each of them to review it and determine the amount of tax that should be paid.  They always get back as many different answers as forms sent out.  Each IRS agent and professional tax accountant calculates a different tax amount due.

Too Much Magic: Wishful Thinking, Technology, and the Fate of the Nation
Buy Now

The U.S. Tax Laws are Unique Compared to Taxes in the Rest of the World

In Mr. Geitner's case it is simply a failure to pay part of his own taxes and not his share of those owed by his household help.  The taxes in question are somewhat unique in that, even though he lived and worked as an employee of the IMF in Washington, D.C., he was one of a minority of employees of that organization who actually had to pay taxes.  As I explained in my Hub entitled Rolling Stones Prove Tax Cuts Work, America is one of the very few nations which taxes the overseas income of its citizens. Regardless of how one feels about this, the fact is that international organizations, like the IMF, which employ citizens of all member countries including those of the U.S., have to make adjustments to pay scales to compensate American employees for the reduction in pay due to their having to pay U.S. Income, Social Security and Medicare taxes. The result is that Americans are paid more than their foreign counterparts but the extra is for Uncle Sam and not them personally. Of course they then have to act like a small business and complete additional required tax forms and submit a check for Income, Social Security and Medicare taxes due rather than filing for a refund like other Americans who are not employed by an international organization. 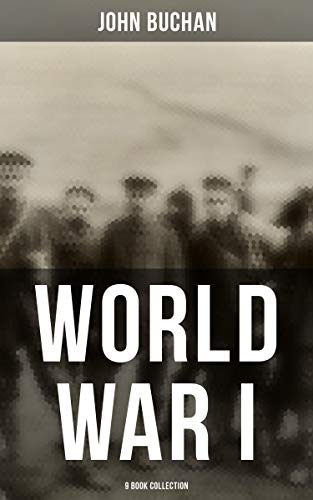 The Income Tax Started Out Complex

This is not new. I remember as a teenager listening to my Uncle Willard recount his experiences in the Army during World War I. As he finished his tale, he told how, at the end of the War, he had been nominated for Officer Candidate School, a process that required, among many other things, a review by a panel of Army psychiatrists. I can still remember my Uncle saying, And the officer in charge of the Board turned to the panel and said, "now gentlemen, Mr. Smith here claims that he worked as a bookkeeper before the War so if you have any questions about your income taxes now is your opportunity to ask them." At which point one of the doctors replied, "Mr. Smith can you explain why if you give a tax return to three different IRS agents each one comes up with a different amount due?" My uncle then proceeded to explain how three different people could arrive at three different tax amounts due from the same tax return.

The event my Uncle related took place right after the war in 1919, a mere five years after the Federal Income Tax was enacted. When enacted, the tax was supposed to be a simple tax on the rich and, according to the mythology preached ever since by left wing politicians, the income tax only became complicated as our modern society became complicated. But here we have Army Officers who were not highly paid in those days (especially compared to the incomes of wealthy captains of business like the Rockefellers, DuPonts, etc. who the liberal progressives had claimed the tax was aimed at when they proposed it) already concerned not only with the tax itself but with its complexity - and the Federal Income Tax had only been in existence since 1914!

Members of Congress Routinely Pass Laws Without Reading Them

As Rich Dad, Poor Dad author Robert T. Kiyosaki observes on page 171 of his book Cash Flow Quadrant - Rich Dad's Guide to Financial Freedom, the Federal Tax Code alone consumes over 100,000 pages of the the 1.2 million pages worth of Federal laws currently in force. According to Kiyosaki it would take the average reader 23,000 years to read the entire U.S. Code.

Worse still, every year Congress not only enacts thousands of pages worth of additional laws but regularly takes a simple, straight forward piece of proposed legislation and loads is up with hundreds of pages of totally unrelated legislation that no one, other than the individual authors of each additional item, would dare vote for individually, and then passes the entire mess, without ever bothering to read it in its entirety.

After voting to enact one of these book length pieces of legislation, the members of the House and Senate, who voted for the law, have to wait a few weeks while reporters from the Wall Street Journal, the New York Times and other publications and media have had chance to read, digest and report on the new legislation before the members of Congress discover what they really voted for. This is what passes for government in Washington, D.C. today.

So, while one should expect those enforcing the law, such as Mr. Geitner, who as Secretary of the Treasury will not only oversee the IRS but, as a member of the Executive Branch, be responsible for enforcing it as well, to be both honest and obey the law including paying their taxes, as well as being sufficiently knowledgeable about the laws they are responsible for enforcing.  However, punishing Mr. Geitner by denying him the nomination because of this infraction, will accomplish nothing other than ruining the career of one man.   Even if it develops that Timothy Geitner knowingly and intentionally cheated on his taxes this character flaw in him is dwarfed by the institutional character flaw in the U.S. Congress in which the institution, as a whole, routinely puts forward a bill, or single proposed law, which a large portion of the public supports and understands and then proceeds to secretly load it up with numerous, totally unrelated and totally unwanted by the public, bills benefiting microscopic constitusancys and then votes it into law without even reading it!   Instead of wasting time on Mr. Geitner's past income taxes, we should be demanding that President Obama push for a real change by vetoing every piece of legislation that he doesn't have time to read in its entirity and explain in full to reporters in time for the evening news.

Do you think Mr. Geitner should be confirmed as Secretary of the Treasury?