How does “Procrastinating” affect us?

Did our ancesters procrastinate?

To procrastinate is to put off something, as the dictionary says. We, as a society, seem to know this word well. But where did we get the habit? Were our ancestors procrastinators?

How could they be; if the hunter did not hunt when needed, there would be no food for the family. If a woman did not prepare the food, the children would go hungry. If the wood was not gathered, the family would freeze. And should each of these tasks have been put off until 'tomorrow', do you think we would have made it this far, or even to their tomorrow?

Wow, all those buttons and bright lights wore me out!

Have we actually done this to ourselves?

We have remotes that run almost everything. We have games that seem almost real. We can play games with other people across the country or right next door. Christmas trees come ready-made with lights. Cars practically run themselves. We have computers that can gather information faster than light can travel (well, maybe not faster but pretty close). We can work from home and stay in touch with clients and co-workers via the internet. We are a very electric, remote, machine-reliant generation. Hmmmm, maybe I'll finish this tomorrow and go play that new game I bought yesterday........just kidding.

Let's take a poll before we get more detailed about this subject.

Which one of the following statements do you think is an example of procrastination?

The answer to the poll above is:

All of the above.

In todays society it seems that procrastination is the basic norm.

Sadly, that means that procrastination becomes a habit that is difficult to break. Yes, there are so many things that do things for us making us free to do others things. But the idea was to help us improve, not stagnate. Sadly, I see the stagnation everyday. Not just with the young, but with their parents and role models as well. Nothing is done until it absolutely needs to be done. Then everyone rushes around doing things quickly, perhaps sloppily, and taking as many shortcuts as possible to ‘get it done’ .

The trouble with that attitude is that some things never get done because something else comes up tomorrow; or we forget; or we can’t seem to catch up. We say---“I’ll do it later ”; or “In a minute ”; or “I’ll take care of it tomorrow ”. Then we face the problem of what we planned on doing tomorrow—does it get done or do we put that off to do yesterday’s item—or do we put that off as well and do neither until tomorrow? Answer me one question---when we procrastinate, when does tomorrow come? A bold question which seems to have no answer.

Is the following statement familiar?

“I didn’t make the mess, so why should I clean it up?”

Well, alright, maybe you didn’t make the mess. Maybe it was Jerry in Accounting. But if you procrastinate and don’t clean it up and Jerry procrastinates and doesn’t clean it up, do you think it will cause a problem? Let's look at just one possibility:

The mess remains throughout the day. Then someone trips because of the mess (perhaps even you), has to go to the hospital and ends up at home for days without pay while recovering. An inquiry is made into the accident and it is discovered that the trip hazard was in your department and that you knew about it but did not clean it up. Wow, think telling the boss that it wasn't your mess so you didn't clean it will go over well in this case? I think he will be especially 'happy' to know that his division will now have to cover the costs--ouch!

I could go on forever with examples of "I didn't make the mess,", but I think you get the general idea. Whether at home or at work, procrastination, and yes this qualifies, can have far reaching and devasting effects on you and those around you.

Don't let it wait, get it done,

Only those with the ball have won.

Take the time to keep it new,

Don't bother with what others do!

At least your shoes could be neat, or maybe it could be a coat rack..... 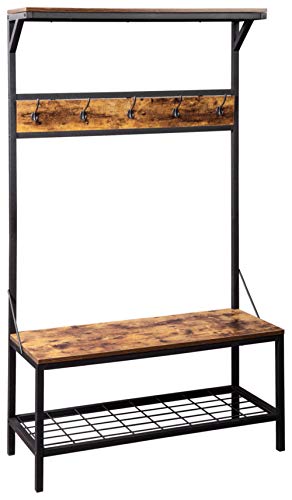 Here are some of the bigger examples, I bet there's one for you in there somewhere.

Remember, there is no tomorrow for procrastinators.....

Answer honestly, do you have the Procrastination Habit?

Does any of this sound familiar?

If it does, then, whether you admit it or not, you have been procrastinating. I know, I know, we all get tired and need a break once in a while. But if we're always taking a break, then we're not accomplishing anything except maybe gaining weight or threatening our health in some other way (no exercise, no activity, quick snacks instead of getting up and cooking, the list goes on, and on). We aren't doing ourselves any favors when we procrastinate. Things that are important, to us or someone else, don't get done.

I know that the small stuff isn't really that much of a big deal; until it adds up. Like pennies in a jar: one penny doubled each day. Care to calculate that? It would be a lot. So those little statements like "I'll do it in a minute", or "I'll get it in a minute", add up to big trouble real fast.

Think that doesn't make a difference? Well, what about diseases? Bugs on the dirty dishes and mold on the leftover food. Clothes can mold as well. These things can make you sick. They can make anyone in the same apartment sick. They can make anyone in a nearby apartment sick. Trip hazards, disease hazards, mold, odors, and where did you put your brand new phone? I'll bet it's under one of those smelly piles. Carefull, you don't know what might be lurking under those piles. "CRUNCH", uh oh, what was that? Never mind. I really don't want to know, but I think you found your new phone.

I believe in you. I know you can do it!

Can we stop procrastination in our lives, our jobs, our every day dealings? YES, YES, and YES. All it takes is a little effort on your part (much less time than the time you would need to clean up the mess you are left with after procrastination). Start small and work your way up. Begin with NOT waiting until tomorrow to pick up the cup you had coffee in tonight; instead, take it into the kitchen on your way to bed. Then, when you get up, you have more time to get ready because the cup is already in the kitchen. Figure out where you throw most of your dirty clothes and put your hamper there. When the hamper is full, it's time to go to the laundrymat. After you eat, bring dishes to the kitchen and clean it up (put food away, wash dishes and pans, clean stove up and wash cabinets and table).

A lot of work you say? Maybe at first, because you aren't used to it and you already have such a mess to clean up. But you can do it. I believe in you, It's not hard! Try taking care of your immediate items while clearing up a small area of the old stuff. Before long, there won't be any old stuff to clean. Oh, and just a quick hint: for those dishes that sat for a bit and now don't seem to want to come clean: put a drop or two of dish detergent and hot water.. Let it soak in the sink overnight, You sould be able to clean it the next day. And for those smelly clothes: try adding baking soda to the wash with your detergent.