I Met Grace - A Black Diamond: How Nichelle Nichols Changed the World

Follow the North Star to Freedom - An Underground Railroad Motto

This entertainer nearly lost the chance to touch the lives of millions globally, because she came very close the being shot to death before she was born - by Al Capone.

What a loss that would have been to us! Studies in the 1970s showed that the more disparate the ethnicities or races of the parents, the more intelligent their offspring. In the case of the quality of grace itself reaching toward the Star of Freedom, this is true. The entertainer I admire that is related to all this is an entertainment star, a voice of freedom and change, and overall, a black diamond. Intelligent, resorceful, puposeful, graceful, beautiful, compassionate and filled with passion, this human star lights the hopes of young men and women and has done so for decades.

After attending seminars presenting information about the relationship of intelligence and education with racial and ethinic backgrounds, I have been astounded at the high levels of IQ and gifts from among the Multiple Intelligences (Howard Gardner, 1980s) that interracial individuals can demonstrate compared to single-nationality lineages. After the first decade of the 21st century, this cannot be hidden anly longer. In addition, a mix of races often creates a progeny of a profoundly striking and exotic appearance.

This entertainer, Grace, was rooted in a family line that was steeped in American slavery on both sides of the aution block -- a real Romeo and Juliet story, without the death, and one that I will always remember. The line followed the North Star all the way to NASA and the rest of the stars of the universe. This entertainer has likely not noticed the parallel, but to me, will always be a black diamond traveling through space and time.

"Follow the drinking gourd", meant to follow the North Star in the Little Dipper in the night sky in order to find the northern USA and Canada, where slaves could be free.

Slaves and secret Underground Railroad Conductors sang the following song around plantations as a code for slaves to follow the North Star to freedom.

One gentleman took the name Peg Leg Joe and took short-term jobs around the plantations of the south, long enough to teach the slaves on each plantation this song:

Grace's grandmother likely knew this song by heart, although she would never need to follow those directions. Her life would hold unheard of experiences that led to success and happiness up North.

When the Sun comes back

And the first quail calls

The dead trees will show you the way.

The river ends between two hills

There’s another river on the other side

When the great big river meets the little river

Just Like Romeo and Juliet - The Reflections - Early 1960s TV

Grace's grandparents were Samuel Gillespie (a red-haired green-eyed Welshman) and Lydia Annie (A Spanish-African recent ex-slave). Sam was the son of a slave owner of 400 in Mississippi; he forbade Sam from marrying Lydia. Sam told his father that no one would tell him whom to love and marry -- He and Lydia eloped to the North and changed their last name. They bought a back and white dog they named patches as a symbolic gesture later on.

When Sam's father was dying and sent word for him to leave his "black wife and kids" and come back and be reinstated in his will, Sam refused. All his descendants have refused to sue the estate for the money to this day.

Grace was born in the northern USA, near Chicago, to parents Lishia (African and Cherokee) and Samuel (Spanish, Welsh, and African), who had become a factory worker as well as the mayor and chief magistrate of the suburb. As the family became more prosperous, they migrated to a luxurious Chicago apartment. Unfortunately, white neighbors moved in haste.

This was Depression and Prohibition Era Chicago and Al Capone tormented business people and elected officials in the White City and surrounding towns. Samuel was not excused from this torment. Capone had been paying Sam's Chief of Police a weekly bribe to protect illegal alcohol production in town, but the operation had been destroyed by others on the force.

Capone went to Sam's home to kill him as Grace's mom sat, pregnant and hiding a six-shooter behind a cushion on the couch.

When Sam explained he'd not received any of the bribe (which the Chief was to pass on), Capone and his henchmen left, but not before Lishia brought the gun slowly out to show that she'd been armed. When Capone asked why she hadn't used the gun, she replied that the mafia had been guests in her home who had committed no wrong.

This type of grace was passed onto that day's unborn child, Grace. She could have been murdered before she was born.

Uhuru
Original printing in 1962. Kenya is free and the blacks and whites celebrate and adapt to the changes freedoms bring.
Buy Now 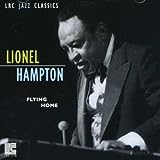 Not Just a TV Personality

I met Grace Nichols several years ago, among a group of admirers that had come to hear her lecture about a successful singing and dance career, along with her television and stage performances.

Having begun the art of ballet lessons at the age of seven, Grace was a dance prodigy and earned the French sounding nickname Nichelle for her perfect pirouettes.

She would go on to earn a living through dancing, singing with the Lionel Hampton orchestra and Duke Ellington, performing at the Playboy Clubs, modeling (even nude), becoming a star in France, and returning to the US to read for a part in Star Trek®. She even had roles in Porgy and Bess (1959 and later) and the Ron Eli Tarzan series.

That was only the beginning. She influenced thousands of young people to enter the sciences as a profession, and actively recruited NASA astronauts – This included Sally Ride and Guion Bluford, the first woman and the first black; along with Shuttle Challenger’s tragically lost Judith Resnick and Ronald McNair.

She never lost the quality of grace or the original Grace that Al Capone nearly murdered. For example, as she was deciding to quit Star Trek in its first season because her role was slashed by the network, Martin Luther King Jr. asked her not to do so, because she could influence young black people in America to reach for their dreams and a place in the world as real people in the future, and that her role still was full of “dignity and beauty and grace and intelligence “(my thoughts exactly). She graciously agreed to continue. Nyota was added as Uhuru’s first name, for the full translation of a fitting name: Star Freedom.

Her Star Trek® character was named Uhuru, because she carried the book Black Uhuru (Freedom, 1962; see Amazon blurb below) with her to auditions, the book describing new freedoms in Kenya, Africa for the newly independent nation. In 1970, Uhuru became NASA's first Small Astronomy Satellite (SAS), registered as SAS-1. It was launched in Kenya on December 12 of that year on the 7th Anniversary of Kenya's Independence.

The entertainer has flown an 8-hour mission on an important Space Observatory and has had an asteroid named in her honor: 68410 Nichols.

Aside from all of this, Grace writes science fiction of her own and serves on the boards of the National Space Society and The Kwanzaa Foundation.

Grace Nichols has been beautiful for 7 decades without wavering once from that course. Owing to her quality of grace under fire that honors her birth name, her intelligence, poise, natural good looks, and graciousness, this entertainer is also a real person with substance and beauty within and without. This puts her at the top of my list of the 10 Most Beautiful Women in the World.

It is one thing to be an attractive "bag of mostly water" as Star Trek® aliens call us, at age 20, irresponsible, shallow, promiscuous, drunken, and drug riddled like some young stars of today...But to be hardworking and beautiful, to overcome racism and sexism, to use failures as launching points to victory, to live with integrity and without excuse, and still exude loveliness and grace -- That is a star on earth and a jewel in the Crown of God.