My oldest brother is a what I call a career Marine. I'm not sure if that's the technical term but it's the one I use. He's been away since I was fifteen. My parents signed his enlistment papers allowing him to head off to Camp Pendleton at barely seventeen. It was a good choice because the Marine Corp saved him from his own life. He was on a downward spiral going nowhere fast and the Corp gave him direction, instruction and a purpose. I think it was the first time in his life that he felt like he was doing something right. I can remember bits and pieces of him but mostly, he's gone now. His name is Brent. His MOS was Motor-T which to civilians means he was a mechanic. Thank goodness he was finally getting some formal training because he literally blew up the first car my parents bought him when he was trying to change the fuel pump in the garage of our family home. Prior to the explosion, it was a Porsche.

Every generation of men in my family has enlisted in the military. My great-grandfather served his country in WWI and inspired my grandfather to become a fighter pilot in WWII. My father and two uncles fought in Vietnam. My dad came home just fine but my uncles were a total mess. My uncle Mike was assigned the "bag and tag" job and after he was forced to bag and tag his best friend, his life was never the same. Uncle Chuck came home addicted to a buffet of drugs. Upon his return from the bush in the 70's finding drugs was about as hard as finding a naked man at Woodstock. He spent a number of years fighting drug addiction and now, in his early sixties, he is sober less than five years. He has two sons who have watched his addiction and who are hellbent to follow in his footsteps.

My brother has been to Iraq twice. On his second tour, his vehicle was driving quietly down a dusty road when unexpectedly, an IED tore it to shreds. It worked exactly how an improvised explosive device was meant to work. Our family was lucky because my brother only suffered irreparable brain damage. Lucky. Did I say lucky? I forgot to mention the post-traumatic-stress-disorder that randomly kicks in at the grocery store or on Christmas Eve or driving down the street. 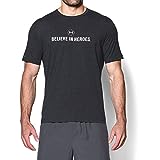 When this war began I was eighteen years old. It was called Desert Shield, then it became Desert Storm. At that time, I was engaged to someone who was in the Army and in Iraq. There were always differences in the things he was telling me and what was coming across in the press about where the troops were, advancement, danger of the situation and so forth. I was a die hard patriot. I had yellow ribbons around every tree, we had a flag hanging out front and I had his unit's flag hanging out as well. When he returned he was different too. In time he explained to me that when you realize that you've taken another human being's life, it's difficult to live with yourself even though that's what you signed up for.

I have the utmost respect for our troops. What they do is a job that I couldn't do - a job that most people won't do and I admit that I am completely ignorant to the fine details of military function in wartime. I'm Joe Citizen - listening to the media and reading what I can.

My youngest son aspires to follow in the footsteps of his forefathers. He would like to be a Navy Seal, Marine Recon or Army Ranger. Lord....bless this child for aiming high. But would you please see to it that he chooses a different path? I've watched too many people go to war, come home from war and have lost their lives with a beating heart. I cannot applaud another enlistment.

To those of you who are still serving, Godspeed and Thank You. This country is severely disabled right now by our XXL GOV. The only thing that has been preserved to some extent is our military. Just so you know, it's raining here. It has been for days. Best to you all. 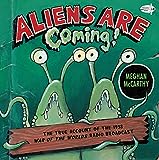 Aliens are Coming!: The True Account of the 1938 War of the Worlds Radio Broadcast (Dragonfly Books)
Buy Now