Pranab Mukherjee,The President Of India Is Casting His Vote For Presidential Election

The head of India is certainly the President of India.But his post is not similar to that of American President, rather he is like the king or the queen in England. He is 'de jure' or legal head of our governmen institution whereas the Prime minister of India is the 'de facto' or actual head of our country.But he is the chief of India government nominally.

He is an Indian citizen .He is at least thirty five years of age.He has the ability to be elected in Loksabha.He must not be appointed to a profitable post either by the local authority or by the state government or by the central government.He should deposit fifteen thousand rupees with his nomination file.

At least fifty proposers and at least other fifty seconders to be presented to the Returning Officer.An Elector can not be a proposer or a seconder for two candidates.A candidate can have submitted four nomination papers with only one security money of deposit of 15000.

According to Elections Act, 1952,after the sixtieth day and before the expiry of the term of a president,the election would be scheduled in a manner that the new President can enter into office just after the retirement of the previous President.

The President is elected by the members of an Electoral College consists of the elected members from House of Assembly,House of Parliament and Legislative Assemblies including NCT of Delhi and the Union Territory of Puducherry.

The Election Commission of India gives the Secretary General, Lok Sabha or the Secretary General, Rajya Sabha appointment to the post of the Returning Officer, by rotation.Two senior Loksabha or Rajyasabha Secretariat officers are engaged to assist during this process. A specified room in the Parliament in New Delhi and a room in all State Legislative Assembly Secretariats are set up as polling booths.But it is a flexible matter for an elector about his polling booth.He can vote where ever he like to cast his vote.What he has to do is to inform Election Commission ten days before the poll takes.This vote is also like a general vote in the matter that an elector can vote according to his own wish ;he is not bound by party whip. 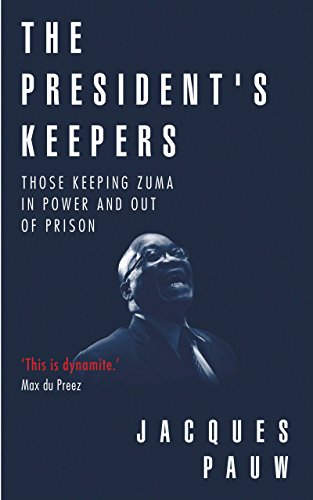 The President's Keepers: Those keeping Zuma in power and out of prison
Buy Now

Vote Value Of The Followings

There are three steps evidently you will find during the election process of the President of India and these steps are discussed below.


So every members from west bengal will be valued 311 votes.

Now the voters value of the members of parliament from both the houses is calculated.Election Commission multiply vote value of a certain state with total number of M.L.A.s .Finally the total is divided by total of M.P.s of Loksabha and Rajyasabha in that particular state .This result is the voter value for each M.P.If the remainder is more than .5 ,one voter value is added.

Here in West Bengal it will be

Third and the ultimate step is ballot vote casting.This is secret matter.Each and every voter can choose his preference writing 1,2,3,4 etc beside the candidates' names according to his own choice.

For instance ,if APJ ABDUL KALAM, AMARTYA SEN and SACHIN TENDULKAR are contesting , one may follow

PREFERENCES AND HOW THE WINNER IS CALCULATED

To ensure the Presidential Election ,preferences are adopted by Election Commission.suppose the following is the casting result.

Now the lowest candidate will be deleted from the list and the ballots voted for him will be observed to see second choice .If it goes to Sachin's favour ,he will be elected.

As example,suppose total casting votes are 1007.Among these 7 votes are cancelled.It remains 1000. Now 1000 is divided by 2 resulting 500 and 1 is added to the result concluding 501 which is the Quota.

Do you think this is a difficult process?