What is Natural Family Planning (NFP)?

Natural Family Planning is an umbrella term used to describe several methods of avoiding or achieving pregnancy. Women using NFP learn to identify their fertile days each month and use this information to help them conceive a child OR avoid conception. NFP is a highly effective, completely safe and morally acceptable alternative to standard contraception. Women can choose from several types of Single-Index Ovulation methods or Multi-Index Sympto-Thermal Mehods depending on their specific needs.

The information I have provided is meant only to spark your interest in NFP. It is not a substitute for taking a class or purchasing a book designed to teach you NFP. Therefore, I have included links to both a free NFP resource and books you can purchase from Amazon.

How Does NFP Work?

To understand how NFP works we need a basic understanding of a woman's monthly ovulation cycle.

Before ovulation, the lining of the uterus builds up or thickens and the cervix rises, softens, and opens; mucus is secreted, preparing for ovulation and possible conception.

For two weeks after ovulation, high progesterone levels cause the uterine lining to stay intact and prevent another ovulation from occurring. It also causes a rise in basil body temperature, the cervical mucus to thicken and then disappear, and the cervix to descend, close and become firm again. If the woman is not pregnant, progesteroone levels return to normal and mentruation begins.

NFP users learn to recognize the 3 phases of their fertility cycle by charting some or all of these signs.

Phase 1 is considered an infertile phase and begins with the 1st day of menstruation. During phase 1 there is a complete absence of cervical mucus, a lower Basil Body Temperature, and the cervix is low, firm and closed.

Phase 2 begins on the 1st day that mucus is present and is the fertile phase. During this phase, cervical mucus increases, and becomes stretchy and slippery, the BBT rises and the cervix becomes soft higher in the vagina and opens slightly.

Phase 3 begins on the 3rd day of a strong thermal shift, or the 3rd drying up day after the peak mucus day and is considered infertile. During this phase, the mucus continues to dry up until it is absent again, the temperature remains high and the cervix descends, closes and becomes firm again.

Inexperienced NFP users will generally need to abstain the most number of days, but after 6 months of charting, sufficient temperature data and experience monitering the mucus sign will be present that a couple will be able to abstain for a few as 10 days a month.

What NFP is NOT

Systematic NFP is NOT the rhythm method. Systematic NFP is a relatively new form of family planning. The first form of NFP, known as the "calendar rhythm method" was developed in 1930, after the discovery of ovulation in 1923. Based solely on the assumption that ovulation typically occurs 14 days into a women's cycle, couples simply avoided having intercourse during say, day 12-16. Unfortunately, a woman's cycle varies from woman to woman and even from month to month, and many couples had unplanned pregnancies while using this method. Since then, many scientific discoveries regarding the signs associated with ovulation have been made, and today, systematic NFP has a 99% effectiveness rating.

NFP is NOT just for women trying to avoid pregnancy. NFP also helps couples conceive a baby. By learning to tell when she is the most fertile, couples can time intercourse so that their chances of conceiving are the highest (much like an ovulation test you could buy at the store).

Sheila Kippley's research on EBF found that EBF mothers averaged 14.5 months without menstruation, with 93% of mothers still in amenorrhea at 6 months postpartum, 56% at 12 months and 34% at 18 months.

NFP are advised to watch for signs that their fertility is returning while using EBF as about 6% of women will ovulate before menstruation returns; however, 94% of women can use EBF alone to space their babies. 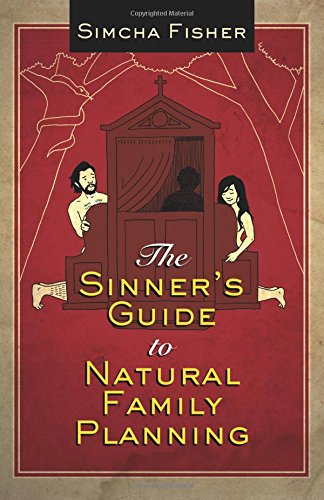 But my "friend" "mother" "aunt" got pregnant while Breastfeeding!

Many people may be reading the statistics above and think that there is no way they can be correct. they know of too many people who got pregnant while breastfeeding. However, only Ecological breastfeeding is associated with long-term infertility. Many of the common practices in the Western Culture and reduce or eliminate EBF's effect of natural fertility:

According to Kippley, a study of mothers who reported an early return of menstruation showed that these mothers had omitted at least one of the 7 standards--usually these mothers were either not nursing frequently enough, or were not taking the time to nap/rest while nursing each day.

Your baby's Development from Conception to Birth