A friend of mine from Tenerife in the Canary Islands, who goes by the name of JazzRoc on the Internet, is probably most famous for debunking the chemtrails conspiracy theory. It is a subject he originally found out about from me, as it happens. I know him as someone who cares about nature and the environment as much as I do. And, like me, he is also a musician. As his name suggests he has a liking for jazz!

At the height of the problems JazzRoc was experiencing with "chemtrailers" who were posting all sorts of insane nonsense about him I knew the truth. He was getting banned from websites including YouTube and the David Icke forums. People simply couldn't cope with what he was saying. I knew he was not working for the CIA, a "shill" or a paid shadow government employee. So who is the real JazzRoc? Let us find out in the interview below.

As a child I discovered I was exceptionally musical when I was about three. I spent much time listening to the radio in the front room to light and classical music. That room also contained an Allison upright piano, and I soon grasped how it worked. I have small hands and knew nothing about finger techniques (I still don't) and worked out a way of playing it that kept me happy. I worked out the chords and figured out their emotions.

In grammar school ten years later I picked up a ukelele one day and found it was easily strummable and playable and within my means to purchase.

Do you believe chemtrails are real?

JazzRoc talks about Jazz and Chemtrails

After a couple of years I bought a brand new round hole guitar for a fiver, and learnt to play Lonnie Donegan and Everley Brothers' songs with friends. I joined a "band" as a pianist and played "Nutrocker" (by Bee Bumble and the Stingers) as a specialty act.

When I was an (always impecunious) sixth-former I took a train trip down to Tin Pan Alley and purchased the components to construct a bass guitar (Fender Precision Basses cost as much as a small car in those days), and by the time I left school I had a fully-working bass guitarist's set (made out of a 5 watt Bush radio amplifier and a 12 inch loudspeaker mounted in a concrete sewer pipe). The 20% efficiency of that arrangement (as opposed to the 2% efficiency of a normal speaker cabinet) gave me 50 watts of effective power - and cost me
about twenty quid - total.

During this same period I pooled what remained of my pocket money (five bob a week) with friends to buy a barrel of beer to consume on alternate Friday nights. This was consumed at the home of the son of an artist - a terraced house which was beautifully-furnished with tapestries and artworks, a great kitchen and garden - and jazz LPs.

I also saw "Jazz on a Summer's Day", a ground-breaking jazz-festival film which I would recommend to anyone even today (You can find it these days on streaming video).

The way I figured it then was that jazz was WAY out of my class, and that rock was powerful, exciting, and, above all, accessible to me. So there you are - I call myself "JazzRoc" because I love both rock and jazz.

Please tell my readers a bit about yourself.

Well, I'm very average in build, stature, appearance. Unprepossessing, I'd say. This doesn't make it easy to be noticed, except by doing things. That's what I do - I DO things. I studied maths, science and engineering, and spent my professional life as an industrial engineering designer "doing things". Now I'm retired I'm attempting to "do things" musically. I have taken Frank Zappa's advice on this.

I have little time for people who attempt to modify my world on a non-scientific basis. Science, the scientific method, literature, art and music are the only bases for Man's existence. All the rest is mere gossip.

Philosophically I started as a socialist, leaned about anarchism (not anarchy!) from the works of Prince Kropotkin and became an anarcho-syndicalist.

About fifteen years ago I learned about Permaculture from a book by Bill Mollison and learned to garden and become one with Nature. I recommend those subjects to everyone. They will live beyond our present cities and "agribusinesses".

What are some of the highlights of your varied career?

Being in three bands at once the day after I built my own kit. Bringing the house down at Southampton Civic Centre with our band "The Modern Art of Living" - in fact having a great time for one in every five gigs. Marrying my talented wife. Building various machines that worked succesfully, including one that was instrumental in the creation of the Internet. Putting a managing director behind bars for fraud. Coming to live here in Tenerife. Successfully composing music I am pleased with. Some work with you, Bard!

How did you get involved in the chemtrails versus contrails debate?

I met a gentleman with a green beard who told me a lot of tall tales. To my horror I discovered there was indeed a solid world-wide belief system that had been in existence for nearly a decade which had an incredible potential for harming our society. I resolved to fight this in my spare time - a commodity I have in surplus right now, unfortunately.

What main points would you like to make about this matter?

Chemtrails don't exist. Persistent contrails do. They are natural - man-made, but natural, like your breath. They are harmless ice. They may make skies turn from blue to white, which is depressing, but that depression is the only harm they create.

The "Chemtrails" theory isn't harmless. It totally distracts attention from the real causes of problems and is socially-divisive. It is a TRUE fifth-column and, if left unchecked, will lead to total dissolution and anarchy. Creationism, pseudoscience, and anti-science propaganda also. Our society must become better educated than it is at present.

Please say a bit about your music and artwork.

My intention with either is to produce a state of ecstasy. I fail frequently, if not all the time. But it is in the nature of art to be in that restless state, and in the nature of artists to have the capacity to endure that sense of failure. I continue to really like some of my work and am beginning to really hate some of the rest. I like and admire a very small proportion of other people's work.

Rely on no-one else to support you, educate yourself and become self-sufficient. Once you do this you are in a position to help anyone. That is my experience. 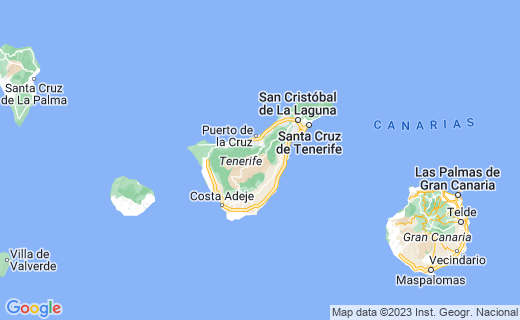