Have you ever said something stupid and wish you could take it back right away?

Or said something that ends up haunting you for along time?

Well I'm sure John McCain must be having some downright embarrassing moments as he looks back at some of this video coverage and finds himself sticking his foot in his mouth - repeatedly. Not just once, but several times on such serious subjects such as Hurricane Katrina and his comments on how our economy is doing "fine" and we are better off than we were 8 years ago.

Now it's no secret that I'm voting for Obama, so don't be surprised that I just had to post this YouTube video on John McCain's serious foot in mouth disease- I just can't help but chuckle at the thought that too bad that this telling video could not be made into a attack ad by the Obama camp- after all- actions speak louder than words, but in this case John McCain's waffling words may have just sunk his Presidential election bid.

More Of The Same - John McCain

Now I could be wrong but I think John McCain has given us some definite mixed messages, wouldn't you say? Are we to believe that the Republican Party is going to bring us real change or a bunch of the same mumbo jumbo Republican lies that we've heard for the last 8 years? I am appalled at the picture of Bush and McCain celebrating McCain's Birthday on the day Katrina hit! Why weren't these 2 in meetings discussing strategies to help the city that was being pounded by Katrina??

And as for McCain's comments that we Americans are better off than we were 8 years ago, uh hello, what Americans are you talking about? The corporate ones that work for Exxon and live in mansions?

Bush and McCain with Cake on Day Katrina Hit

Could John McCain Hold Up With Global Leaders?

So what do we think America about John McCain and his yes, no, yes, no and yes, no's?? Especially since they seem to be on the same subjects, over and over? Does he just have a problem remembering what he said? Or???

As for me, I'm not taking the chance that it is just memory lapses. I think it's far more sinister- I believe that John McCain waffles on issues when the need arises, and I don't feel that he has a real grip on the reality of what the average American is facing. OR......John McCain has a serious case of putting his foot in his mouth- which makes me wonder- how would he do talking to global heads of state? Or should we send Gov. Palin?

Books By and About John McCain 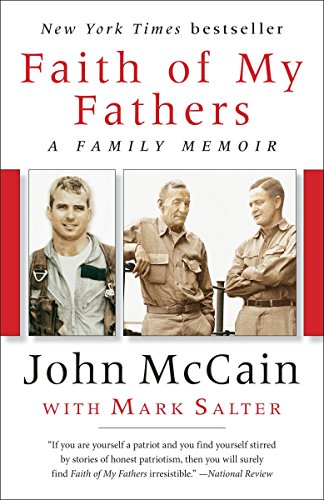 Faith of My Fathers: A Family Memoir
Buy Now