The Father and Son Presidents

Before the Bushes came along, this was the only father and son president pair.

John Adams was the 1st Vice President of the US and the 2nd President. If you only looked at his record in these two jobs, you might think he was not a very extraordinary man, especially if you compare his presidency to that of his predecessor (George Washington) and his successor (Thomas Jefferson).

John and Abigail -- over 50 years of partnership

John Adams was the 1st Vice President of the US and the 2nd President. If you only looked at his record in these two jobs, you might think he was not a very extraordinary man, especially if you compare his presidency to that of his predecessor (George Washington) and his successor (Thomas Jefferson).

But his presidency was his final public service in a long history of service.

An early member of the Massachusetts colonial government, John Adams was part of the Massachusetts delegation to the Continental Congress in 1774 and 1776, where he signed the Declaration of Independence. Though the play and movie "1776" Hollywooded it up a bit, it is a fun way to see the story of the Declaration of Independence.

John Adams was a scrupulously honest man. He was faithful to friends and relatives, and especially faithful to his wife, Abigail. Because of John's diplomatic work around the world and his governmental work in Philadelphia (the Continental Congress, for example), John and Abigail were apart for much of the time. In the days before e-mail and telephones, they wrote letters to each other, sometimes 3 or 4 a day.

Toward the end of John Adams' one term as President, the Presidential mansion in Washington was completed. The Building, which became the home of the US Presidents and their families and later became known as The White House, became home to the Adamses. So John Adams and his family became the first presidential family to live in the building.

After losing the election to Thomas Jefferson, an old friend and political rival (Adams and Jefferson served together on the declaration committee of the Continental Congress but Adams was a Federalist and Jefferson was a Democrat-Republican -- Adams believed in a strong central government and Jefferson was a supporter of states rights), Adams returned to his farm on Massachusetts. There, he lived until after his 90th birthday. He died on July 4, 1826, the 50th Anniversary of the signing of the Declaration of Independence. Jefferson had died that morning, but Adams never knew. His last words were "Thomas Jefferson still survives" meaning that there was still someone living who understood what the founding fathers had intended. He was buried beside Abigail, who had died almost 8 years earlier in October 1818.

Amistad, the Monroe Doctine and the House of Representatives

John Quincy Adams tried hard to be like his father. In many ways he was and in many other ways he surpassed his father.

John Quincy Adams was also a very honorable man. But he enjoyed skinny dipping in the Potomac River. One day, a female reporter, Ann Royall, who had tried to get an interview with President Adams and failed, heard about his morning "dips" into the Potomac. So she went to his favorite spot and waited for the President to strip down and get into the water. She then sneaked out from behind the bushes and sat on his clothes. She was very patient waiting for the President to return.

When JQA turned toward the shore, he saw her sitting there. Being a Gentleman, he wouldn't come out of the water as long as she was sitting there. So she finally got the interview she wanted (while the President was shivering in the water!)

After his term as president, JQA did not leave government service -- he became a representative from Massachusetts. He was the only ex-president to serve in the House of Representatives.

As a representative, "Old Man Eloquent", as JQA was nicknamed, became a staunch advocate of the anti-slavery cause.

This lead to one of his most famous cases. JQA argued before the Supreme Court for the cause of the Amistad. The ship Amistad had illegally (it was at that point against international law to kidnap anyone to sell into slavery) kidnapped Africans, men, women and children, to sell into slavery. The kidnapped people over powered their captors and took control of the ship, wanting to return to Africa, but they didn't know the way and were led astray by their captors.

Despite the political climate at the time (pre-Civil War) JQA won the case and the Amistad Blacks were given the choice of staying in the US as free people or of returning to Africa. 35 of them were returned to Africa.

A few months short of his 81st birthday, JQA was preparing to address the House of Representatives (in which he was still serving) when he suffered a cerebral hemorrhage. He died a few days later with his family by his side. His last words were reported to be "This is the last of Earth. I am content."

John Quincy Adams spent most of his life in public service. His first appointment to the foreign service was when he was 14 and, as I mentioned before, he pretty much worked until he died, about 66 years later.

JQA's grandson, Henry Adams, wrote a book called The Education of Henry Adams. In it, he tells a story about his grandfather.

When Henry was 7, he wanted to play hooky from school one day. JQA offered to walk him to school. Henry didn't want his grandfather to walk him, because he didn't want to go to school that day, but he couldn't get out of it. He figured, though, that he was a young boy and his grandfather was old. It would be easy, he thought, to break away from his grandfather and sneak off. But JQA held his young grandson's hand all the way to school. He didn't let go until he had deposited young Henry in his seat at school.

See my list of the top ten presidents (including both Adamses) 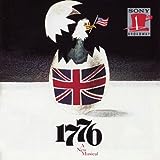 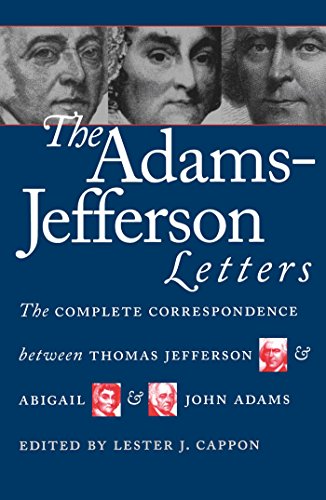 The Adams-Jefferson Letters: The Complete Correspondence Between Thomas Jefferson and Abigail and John Adams
Buy Now

The Education of Henry Adams: A Centennial Version
Buy Now

I just discovered Printpop -- check out my entire portfolio or click on the graphic to see just this product (called "Decreasing Jewish American Flags"). Check back periodically as new designs are uploaded.

Arts Now is another "Print on Demand" site. They have a nice collection of clocks and watches, including the one pictured here (with my American Jewish flag design on it). Click on the picture to see all the products with this design.

John Adams said, in a letter to Thomas Jefferson (who wasn't a big friend of Jews),"I will insist that the Hebrews have done more to civilize man than any other nation." He also said (in a letter to Mordecai Manuel Noah, "Farther I could find it in my heart to wish that you had been at the head of a hundred thousand Israelites . . . & marching with them into Judea & making a conquest of that country & restoring your nation to the dominion of it. For I really wish the Jews again in Judea an independent nation."

John Quincy Adams, also in a letter to Mordecai Manuel Noah, said, "[I believe in the] rebuilding of Judea as an independent nation."

(Quotes of Presidents about Jews and Israel)