Kristi graduated from the University of Kansas with a degree in Human Development and Developmental Psychopathology of Children.

Adjudication: The term used in place of "conviction" when referring to juveniles.

Disposition: The term used in place of "sentencing" when referring to juveniles. 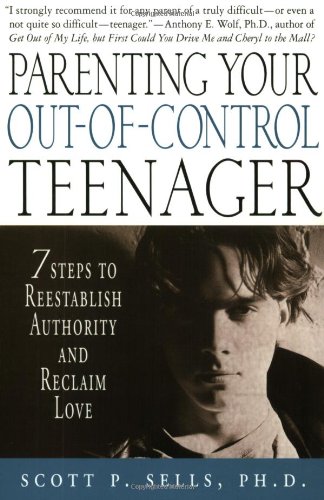 In the juvenile justice system it's referred to as "shock incarceration". The philosophy is that children who need more discipline, structure, consistency, boundaries or who require more intrusive methods of behavior modification will receive the help they need.

Juvenile boot camps originated in the early '80s in Georgia, Oklahoma and Louisiana. What a boot camp can do that other juvenile programs can't, is to furiously subject kids to an atmosphere that forces them to work as a team, care for themselves and meet specific standards of conduct.

Boot camps typically run 90 - 180 days in length and require completion by each candidate. They can override sentences as lengthy as ten years however, if an individual fails to graduate from boot camp they are remanded to prison to serve the entirety of their sentence.

There is little evidence to support the positive affects of boot camps. Studies have shown that while the mission of boot camps is to rehabilitate, the use of aggressive tactics undermines rehabilitation for troubled kids. In many cases, rates of recidivism stayed the same following graduation. In some cases kids were re-offending at higher rates than they were prior to entering boot camp which illustrates that not only was boot camp unsuccessful, but perhaps detrimental. One specific failure is lack of aftercare. Programs that have a high graduation rate but fail to provide aftercare often have youths who are plagued by truancy and new arrests thus, the cycle of criminality begins again.

The heated debate over boot camps arises from the excessive number of deaths that have occurred since their first inauguration in the '80s. The current data for boot camp deaths is around 31 kids. Statistical data is difficult to find which is an underlying theme in all aspects of the juvenile justice system.

While boot camps make a considerable difference in expenditures because kids are not being incarcerated, they have the same financial impact as probation or community corrections which both have proven success rates.

Status Offense: A non-violent crime which is only recognized when committed by a minor under the age of 18.

The characteristics of a juvenile who is placed on probation or given to the charge of community corrections (CC) are typically kids under the age of 18 who have committed a status offense and are first time offenders. Some examples of these types of crimes are truancy, running away from home, underage drinking and minor in possession of a firearm.

What makes probation and CC more successful is that they have the ability to work with each juvenile on an individual basis and cater to specific needs. Additionally, they have the ability to closely monitor youths during the disposition phase to help ensure successful rehabilitation at home, in society and at school. Many probation and CC officers have network systems setup within the community in order to arrange for different activities, jobs and volunteer programs for offenders.

Expungement: A process by which you may have criminal records destroyed or sealed from general review.

Common Misconception about expungement: In nearly every state and at the federal level, your criminal records will ALWAYS be available to government agencies and law enforcement.

Diversion is a type of disposition created for the purpose of allowing kids to avoid criminal charges, adjudication and a criminal record. It's also meant to be a relief to the court systems. Kids who are placed on diversion programs are expected to meet certain contractual obligations which can include restitution, community service hours, educational or rehabilitation classes and refraining from specific situations. If a juvenile successfully completes diversion, charges may be reduced or dropped. Oppositely, if they fail to graduate, charges against them may be escalated.

Boot camps for teens....Yay or Nay?