Perceptual Ambiguity: Being Right and doing 'Right' because of it...

My personal philosophical beliefs in regards to humanity are that humanity is a race of creatures with the ability to do both good and evil. We are not, in my humble opinion, an evil race.

Humanity struggles with the concepts of good and evil and for the most part does good, again in my humble opinion.

The times when humanity does evil, and there are many times that we have. I believe is do to a lack of understanding or a flaw in our reasoning.

We tell ourselves things like 'the ends justify the means' or 'for the greater good, some evil must be done', but in our minds we are attempting to do good things, or to correct past evil acts.

It is this base need of humanity to be on the side of justice and rightness that leads me to my conclusion that at our most profound level, our foundation, we are a race of good.

How to fix humanities imperfections

As human beings we all strive to be the best we can be. We all try and be as perfect as we can. How we determine what is perfect and what the best course of action is, depends on the person you ask. Each persons view of truth, justice, and perfection is different from every other persons. What each person views as 'right' may be viewed by the next person as almost 'right' or completely wrong. With that concept in mind knowing what is right and wrong isn't very easy nor is it very clear. Humans don't like unclear, nor do we like uncertain, we prefer absolutely clear and obviously true. 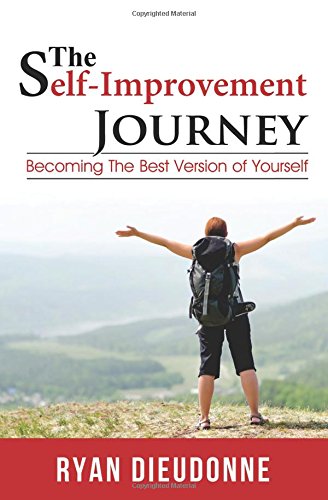 The Self-Improvement Journey: Becoming The Best Version Of Yourself
Buy Now

We group together with like minded people, people that see things the way we do, or close to how we see things. When small differences in our view of truth show themselves, in order to remain in the group, we will sometimes pretend that our view of the issue is not important or that possibly we just aren't understanding the truth as we once did. People want to believe that someone knows the absolute truth, and when we find people that can convince us that they are such a person, we tend to follow them. Accepting that 'they' know what they are doing because they know the truth. That also relieves us from blame if 'they' turn out to be wrong. Once a leader has been selected the followers compromise their individual beliefs for the greater good, for the benefit of the group. So long as the leader seems to know what he/she is doing, and the action on behalf of the group seems to 'feel' right people will follow. Sometimes to great tragedy

I think that even Adolph Hitler believed himself to be doing good. I can imagine Hitler rationalizing that the eradication of the Jewish people, the killers of God incarnate, was a good thing. By showing God that not all humans are like the killers of Christ, it is possible to rationalize the genocide of an entire people as a way of asking God to forgive the rest of humanity.

Hitler's genius, his great speaking ability, and organizational skills (bringing the German economy back from the brink of catastrophe) gave Hitler an appeal. This was a big determining factor to the acceptance of Hitler as one of those 'chosen' few, that knew the absolute truth.

The fact that Hitler's chosen symbol, the swastika, is a religious Icon of Hinduism seems to support my belief that under it all, even Hitler thought the terrible evils he committed and caused others to commit in his name, were for the greater good, were a necessary evil. Evils that he, as a 'good man' was willing to do in order to correct a past evil act, in this case the murdering of Christ.

Dietrich Eckart, (a close friend of Hitler) once told a story about Hitler showing off for a woman Hitler talking about Berlin said: "...the luxury, the perversion, the iniquity, the wanton display and the Jewish materialism disgusted me so thoroughly that I was almost beside myself. I nearly imagined myself to be Jesus Christ when he came to his Father's Temple and found the money changers."

Eckart described Hitler as "brandishing his whip and exclaiming that it was his mission to descend upon the capital like a Christ and scourge the corrupt."

John 2:14-15: And found in the temple those that sold oxen and sheep and doves, and the changers of money sitting: And when he had made a scourge of small cords, he drove them all out of the temple, and the sheep, and the oxen; and poured out the changers' money, and overthrew the tables. --

The Nazi party seems to believe in Hitler even to this day. The Nazi symbols and the Nazi mindset that Hitler created did not die with him. It is not hard to find people that still believe in the concept of genocide of the killers of Christ being a good thing. Even though the teachings of Christ himself were the forgiveness of ones enemies, and the principle of loving ones enemies as oneself.

Jesus taught the opposite of the teachings of Hitler and Nazism. But still people believe that somehow God must want revenge against the people that killed God's son. Perhaps because humanity can't imagine not wanting to kill someone that killed our own son or daughter.

Humanity has been taught to hate evil, and that doing evil to evil people is just. Killing a murderer is justice not evil. Hurting people because they, or some of them, attacked us we see as justice and rightness.  A good illustration of this mindset is the war on terror, taken to new heights after the terrorist attack of 9/11 on the World Trade center towers, the Pentagon and the attempt on the White House.

A People's History of the United States
Buy Now

I find it strange that History is viewed by those that study it as 'the' truth. When the 'truth' is history is written by the victorious and as such is very much a subjective art. Had Hitler not failed, the history books would be very different from the ones we have today. The people in power decide what goes into the history books, and thereby what future generations will learn, effectively what the 'truth' is. Any good that Hitler did during his time on earth is glossed over and the only thing one really takes away from a history book about Hitler's life is the terrible evil that Hitler's 'Holocaust' was. The genocide of the Jewish people, had it been successful, would have been written in the history books as the reason why the wars in the middle east stopped. Hitler would have credited himself as being the peace bringer, the man whose vision and willingness to do a necessary evil brought about lasting peace and prosperity. The virtual genocide of the American Indian tribes during the colonization of the American Continent has been glossed over (made to seem unimportant) because the victors of that genocide were successful and they are the ones that wrote the histories.

Being a Citizen of the United States and a Descendant of the Cherokee Nation, I don't find it hard to identify with either or both sides. I am proud of the United States, of what my nation has become and what it is. I am also proud of my Cherokee ancestors. I believe, in many ways, their bonding with nature (living in a better balance with nature than what modern society does) and philosophical belief that the earth belongs to no one and to everyone was, and is, a better representation of what God intended for humanity.

The fact that they were the lesser of the combatants and therefore doomed to virtual extinction is to me in accordance with their beliefs, the strong should survive. I believe also that Hitler's failure to win means that the Jewish people, and faith, survived because they were the stronger of two combatants. The attempted genocide by the Jewish people of any and all Nazis after the war seems to me to be a pretty fair and natural course of action. Again the strong survive, God's natural selection. Calling natural selection evil, is calling Nature evil. The fact that the genocide of Nazism hasn't been successful may be in part attributed to the genius of Hitler's propaganda machine. Or a belief by some still today that the evil done to Jesus must be paid for, which is in keeping with the Jewish faith's an eye for an eye.

Personally I believe that one cannot hold the 'sins' of the father against the son. By that I mean attempting to make people of today pay for something that someone else did, who is dead and gone and has been for 2000 years, is just silly. I feel that it is just as silly for the Jewish people to seek to hurt the innocent children of the people that were responsible for the Holocaust, although that wound is much fresher and therefore harder to forget. As a third example, the attempt of modern day African Americans to exact revenge on behalf of dead ancestors that were held in slavery by the dead ancestors of modern day southern whites, again silliness.

For me I guess, it all comes down to perspective. What one person sees as evil, or ugly another sees as justice or beauty. That makes it very very difficult to say that any action is inherently an evil act. Why matters. If Hitler thought he was doing the will of God, and only did the terrible things he did because of that erroneous conclusion. Then I can rationalize God forgiving Hitler and allowing Hitler into the Biblical Heaven (if such a place exists). I think it would be harder for Hitler to be forgiven by the people that actually suffered the pain, fear and death that Hitler's actions caused.

The Jewish people of Israel today are still faced with an old enemy dead set on their destruction. That enemy is the Palestinians, the Muslims, the Arabs.

The people of the United States, because of the friendly political ties with the State of Israel, have been lumped into the wars against the Israeli state. Modern Muslim/Jihadists attack and terrorise the United States and any nation they see as an ally to their age old enemy, Israel and Judaism. I have come to believe the Nazis, much like the Muslim terrorists of today, believed that their actions were the will of God.

Modern day Jihadists are taught that martyrdom and the killing of Christians is a direct pass to heaven. That killing is not a bad thing, and is in no way evil, IF it is the killing of non-believers (people that don't believe what they believe). These non-believers are to them Evil incarnate and an abomination to God.

The fact that these NON-believers are Christians and Jews and in the eyes of Christians being Christian is the will of God and is the very definition of being a Believer just goes to reinforce my belief that truth (at our human level of understanding) is merely perception.