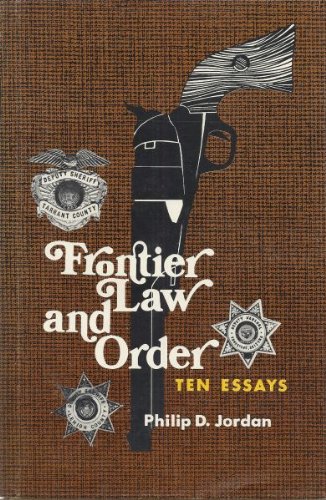 Who are the good guys?

I grew up with the history of the old west in the form of western movies, comic books and sometimes radio. My heroes were the likes of the Lone Ranger, Gene Autry and Lash La Rue. They lived by “the Code of the West” which if applied in real life they probably wouldn’t have lived very long. In the Westerns of that day there was a code that clued folks into who were the good guys and who were not. One of these was that the good guys wore white hats and the bad guys wore black hats. As kids we all had our favorite cowboys and we had numerous discussions about who was the best shot the best rider.

The interest in Westerns was further fired up in the late 1950s and 1960s with the advent of the “adult” Western. By that time television had taken over. One of the most popular shows, however, was “Gunsmoke” which was actually a radio show converted to television. For a long time I have wondered who played Matt Dillon on the radio. I had a hard time finding anyone who even knew it had been on the radio. I finally looked it up and was surprised to find that William Conrad played the part. It ran, by the way, for 20 seasons, from 1955 to 1975. There were very many good shows on television including “Have Gun will travel” “Maverick”and “The Rebel.”
There were so many Westerns on that I don’t think I even saw some of them. The popularity during that time led to the “fast draw” fad and some of my friends bought revolvers. I might have but I didn’t have the money. I still like watching reruns of these shows, although I don’t much care for “modern westerns.”

Oddly my own children never showed much interest in Westerns, cowboys or any of the heroes of my day. I remember a couple of years ago I mentioned Gene Autry to my 40 something son and he didn’t know who he was.

Looking back, I can see that all the arguments about Western heroes, both children’s and adults, had little to do with the real West. Many of the historical people who were the law enforcers on the Frontier appear to have been equally at home on the other side of the law. A prime example of this is a figure not quite as well known whose nickname was Mysterious Dave Mather. Interestingly, he claimed to be a direct descendent of Cotton Mather the well-known colonial clergyman. It seems that quite a number of gunfighters were “preachers’ kids.”

Mather was the marshal in several frontier towns but was often in their jails. He was involved with cattle rustling in 1873. The next year he was in Dodge City and alternated between being a peace officer and a gambler. He got a reputation as a killer and lawbreaker. While he was on the side of the law, he headed a vigilance committee that hanged horse thieves. On the other side of the law, along with Wyatt Earp ran a con racket of selling fake gold bricks to gullible cowboys in Mobeetie, Texas. The next year he was accused of train robbery but charges were dropped for lack of evidence.

Mysterious Dave was on the side of law and order in 1880 helping Marshall Joe Carson battle the Henry gang in Las Vegas. The marshal was killed and some of the gang members. Mather led a lynch mob and hanged the rest of the gang. His career continued to sway between law enforcement and such activities as running a saloon and prostitution.

Wyatt Earp, probably the best known of Western gunfighters today, was not all that popular in his own day. His legend is largely the result of Hollywood. I first remember him from the television series in the 1950s, played by Hugh O’Brien. I’ve only recently become aware of a vast number of movies about Wyatt Earp. The O.K. Corral gunfight (or slaughter depending on who tells the story) has been portrayed numerous times, including a “Star Trek” episode.

A recent episode of “Wild West Tech” on the History Channel demonstrated that there was no “traditional” gunfight. Cowboys, it seems, did wear guns in holsters at the hip, but townspeople like the Earps would not have done so. They might have worn other kinds of holsters, such as shoulder holsters.

Earp was not was driven out of California for horse stealing, he was fired from a job as policeman in Wichita for pocketing fines. He was chased out of Arizona after the O.K. Corral incident. Wyatt, along with his brothers moved from Illinois to California in 1864. He held such jobs as stagecoach driving, bartending and gambling. In Wichita, according to some biographies, he was a deputy marshal and cleaned up the town and killed many a bad guy. In reality he only killed one man ho was a drunken cowboy. The Dodge city law job was supplemented by Earp and Bat Masterson by working as card sharps and procurers. They became known as the “fighting pimps.” He had interest in many of the brothels in town.

In 1883 Earp was in Dodge City as part of the short lived Dodge City Peace commission. It was really an attempt to force the return of gambling and prostitution interests to the town. The local paper noted Earp as being “famous in the cheerful business of depopulating the country.”

Bat Masterson did not kill as many people as legend would have it. It appears that he only killed one man in a gunfight. He was something of a genuine hero when he along with 35 buffalo hunters made a stand at the Battle of Adobe Walls against 500 Indians. He was an effective lawman and said to be so fast on the draw that no one wanted to challenge him. His reputation and appearance was an invitation to silence and respect.. He was not above engaging with Earp in some questionable activities. In Dodge he was voted out of office because citizens felt he was too free with public money. Masterson did end up with a respectable life as a sportswriter in the East.

Ed Masterson, Bat Masterson’s older brother was quite different from Bat and more respected as a lawman. He tried to talk and avoid a unfight. Bat felt you had to act tough to get respect. Ed had a number of law enforcement jobs and became an assistant marshal in Dodge in 1877. Ed tried to keep his gun holstered. Ironically Ed died in a gunfight involving two cowboys who leveled their guns at him. He grabbed one of them and pinned him to a wall. At that time Bat came and shot the other cowboy. Ed drew and so did his the man he was holding who wounded him mortally..Ed was a hero but Bat was voted out of office the next year.