Libertarians and Everyone Else Blamed for Hillary’s Loss

Politicians like Hillary Clinton never accept blame for anything. Neither do psychopaths. To quote Mark Twain following a similar observation, “but I repeat myself.”

Here it is December and political Lefties still can’t seem to purge themselves of the upset Trump victory over their Anointed Angel of Liberalism (or Prophet of Progressivism depending on who one listens to), that being Hillary Rodham Clinton.

The angst-riddled Millennial Crybaby classes were so distraught that the object of their Girl Crush lost the 2016 Presidential election to the lowly likes of Donald Trump that they took to the streets in angry mobs in cities across the country waving signs of “Not My President” and “We Shall Overcomb” along with “no swastika” drawings. 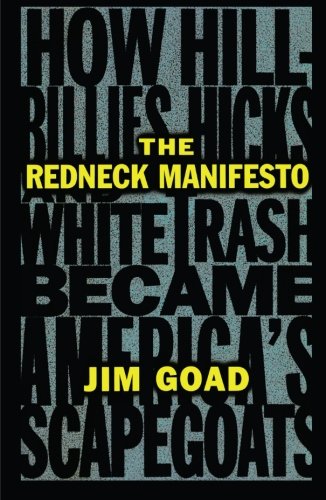 The Redneck Manifesto: How Hillbillies, Hicks, and White Trash Became America's Scapegoats
YOUR LIBERTARIAN OPINIONIZER’S PICK: This book identified the Alt-Right before “Alt-Right” was coined and shows why classism, not racism, is our real problem. Progressives have scapegoated them for everything wrong with America for years. Libertarians aren’t Alt-Right but we get blamed anyway. This book is an oldie that just got pushed back onto all of our required reading lists.
Buy Now

These young enlightened progressives who so self-righteously claim over and over to be loving and caring and inclusive and accepting cannot bring themselves to love and care and include and accept anyone that doesn’t fit seamlessly into their tightly defined politically correct clone-like conformist ideology, and that applies especially to President-Elect Donald Trump and all who voted for him.

The hordes of Hillary helpers blamed everyone they could think of to blame for the electoral loss of their Chosen One. They’ve blamed FBI Director James Comey. They’ve blamed the media. They’ve blamed Bernie Sanders. They’ve blamed Jill Stein. They’ve blamed various other Democrats and high profile members of Hillary’s campaign organization. They’ve even blamed those working poor blue collar lower class union member “little people” that the old Democratic Party used to pretend they cared so much about in the past.

They’ve blamed, in other words, those Fly-Over country cousins they’ve snobbishly dismissed for decades as rednecks, hillbillies, crackers, white trash and trailer trash who came crawling out of the woodwork and the backwoods to vote for Trump.

Others, including Clinton’s closest campaign cronies, blamed her loss on campaign manager, Robby Mook, sexism, angry white voters, undereducated white men, glitzy fundraisers, low Latino and African-American turnout, the soaring Obamacare premiums, and for failing to create a “movement” like Sanders claimed he did and libertarians have certainly done.

Cynical conspiracy theorists (everything is a conspiracy these days remember) claim that the Republicans merely out-cheated, out-frauded and out-corrupted the Democrats. Both Socialists and Libertarians can attest to the dirty tricks pulled during the nomination process by both establishment party powercrats to shut down their own unwanted candidates, the Democrats against Bernie Sanders this year and the Republicans against Ron Paul in 2012.

For reasons, or lack thereof, known only to them, they never come anywhere close to blaming the Great Sainted One herself, Hillary Rodham Clinton, for losing the election to which she was “entitled.” They don’t blame her email issues or her Benghazi issues or her Clinton Foundation issues and her “pay for play” issues or her six figure speeches to Wall Street banksters or her 40 “I don’t recall” answers to the FBI investigation of her private email server.

It took these Special Snowflakes (sometimes rendered as “Very Speshul Little Snowflakes”) a little longer but as expected many Hillary hangers-on finally got around to blaming Gary Johnson and the Libertarian Party.

After all, what Hillary once called “The Vast Rightwing Conspiracy” and then labeled “A Basket of Deplorables” is now called the “Alternative-Right” and because the Republican Party has a “Libertarian Wing” all libertarians of all kinds are now bundled together as yet another “Hate Group” according to the Southern Poverty Law Center who brands everyone to the political right of the far extreme hardcore political left as a Hate Group. Go Figure.

An article from The Daily Beast started by quoting from Vanity Fair, “Gary Johnson and Jill Stein handed the Presidency to Donald Trump.” Who knew that these two contenders from their respective minor parties had such dictatorial control over the Presidential election?

The article also quoted from Jezebel, an online site that was so apoplectic with outrage over the defeat of their Peerless President by Atrocious Trump that they couldn’t restrain themselves from resorting to the most vilely offensive language they could muster: “F*ck Gary Johnson” followed by “Oh, And F*ck Jill Stein Too.” Jezebel, perhaps wanting to live up to its Biblical namesake as “a wicked, shameless woman” (dictionary definition) wickedly and shamelessly used the “u” rather than the asterisks inserted in this version.

At any rate the article does point out that mathematically in the states with the closest results where Trump unexpectedly won “votes from Libertarians would have more than put Clinton over the top if they had gone for her instead.”

And this is where Hillary Idolaters unsurprisingly confuse whimsy with logic; they think that if Johnson hadn’t been in the race all of those Libertarian votes would have gone to Their Hero. What they don’t, or won’t, or can’t comprehend is that (a) those votes didn’t “belong” to Hillary in the first place and that (b) without Johnson in the race those voters almost certainly would have stayed home or, as in some cases, actually voted for Trump.

Joe Hunter, communications director for the Johnson-Weld campaign, applying simple logic to the issue, pointed out that it was voters, not Libertarians, that got Trump elected. But logic, of course, is never a strong suit of emotionalists.

In his own attempt at a rational discourse Shawn Patrick House, state chair of the Pennsylvania LP, explained to disconsolate Democrats that “They have to earn our votes. We don’t owe anybody any votes.” To which a resounding “Duh” could have been appended.

What House did append was to fire back that both the Republican and Democratic parties went out of their way to keep Johnson and Weld out of the presidential and vice-presidential debates and therefore neither Hillary nor Trump deserved any Libertarian votes anyway.

Michigan LP state chair Bill Gelineau was even less soothing toward the poor unraveled feelings of the Clintonian Minions. In reference to taking the working class vote for granted he said, “They spent way too little time here. They got what they deserved, and that’s coming from someone who thinks the Donald is an idiot” thereby rubbing it in the sniffling noses of the Hillary groupies whose inamorata had lost to “an idiot” and the inferior Alt-Righters who voted for him.

Gelineau then attempted to explain the one simple fact that nobody on the political left or right ever wants to admit or deal with, describing Libertarians as an Ascendant Force “that draws equally from both parties, not the vessel of protest votes in a presidential election year. The only way the major parties could do better in the future is to have a better message.” His suggestion was “adopt our ideals of freedom and maybe you’ll earn back some of our voters.”

But maybe it’s not a “better message” that’s needed but a better philosophy. Absent that, Libertarians will just continue to be a “vessel” that pulls more and more voters and their votes away from both parties.

With Bernie Sanders pied-pipering Millennials ever farther down the Democratic Socialist Republic path and Donald Trump’s rise as a nationalist/populist drum major leading a brass band of people who see themselves as “regular Americans” rather than Obama’s small town people “bitterly clinging to guns or religion” or Hillary’s Basket of Deplorables or the Social Justice Warriors’ rednecks and trailer trash it’s clear that both Kennedy’s and Reagan’s parties are long gone.

The only place left for freedom-loving people to go will be the clear and compelling “More Freedom, Less Government” siren call of the Libertarian Party.

The libertarians – whether identified by names like The Libertarian Movement, left libertarians, anarcho-capitalists, voluntaryists, agorists, post-statists or The Libertarian Party will never blame anyone but themselves if they fail to reach out to everyone with their non-aggression principle that allows individualism, idealism, rationality, morality, empathy and mutual respect for everyone to flourish.

If Hillary heart-throbbers can’t find a suitably realistic scapegoat for her defeat there might be no other alternative but to place full responsibility on HRC herself. What a radical thought that would be. But then maybe all those angst-ridden Millennial Entitlement Crybabies could get together and console Ms. Clinton by presenting her with a nice little plastic Participation Trophy for Showing Up. Just like the ones they grew up getting for not winning.