If you are running for a smaller office, like a judgeship, the school board, or a county commissioner race, you will probably run a campaign that spends around $5,000 to $8,000. Your toughest job will be informing people that the office you are running for even exists, and is worth voting for. You probably have a low budget, low visibility, no staff, and few contributions.

So, you have to get to work to generate those volunteers, start getting small contributions, and lots of supporters who will have your name on their mind come Election Day.

Low visibility campaigns often make the mistake of spending their money and time on too many projects instead of focusing on the core ones that will lead to success. At the beginning, you need to write a campaign plan and organize who will do what. Recognize the challenges your campaign will face, and focus on solutions. 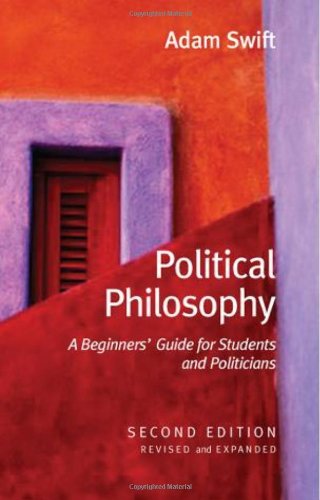 The challenges most small, low budget campaigns face are:

You will need to get your campaign organized early by spreading the work around to friends, family, and supporters. Form a Steering Committee of some trustworthy and dependable people to help share your campaign responsibilities. The people in this committee should include those who asked you to run for office, friends, special interest group colleagues, people with experience running campaigns, and longtime business associates.

The Steering committee should be no larger than ten or twelve people, and must include people who are committed and willing to work. These advisers will need to be able to lead projects and organize the campaign while you are busy campaigning.

Volunteer Coordinator: This should be someone who is good with people and is motivating.

Treasurer: Find a detail-oriented person who has experience with bookkeeping or campaign finances.

Sign Coordinator: This must be a dedicated person willing to solicit yard sigh locations, create the signs, place them all over town, and repair or replace them throughout the campaign.

Endorsement Coordinator: You will need a well-known person who can call elected official, business leaders, and community activists to them to endorse your campaign.

Since you are running a low-budget campaign, chances are that you won’t be able to rent an office for your headquarters. You will need a central location, so find a space that won’t eat up all of your funding. You will want to look for:

One of the most important things you must have is a campaign phone line that people can call. You need to keep the recording updated, and must be completely separate from your personal line.

Ask the local elections office how many voters are expected to turn out at the polls in your district, and figure out how many votes you need to win by cutting the expected voter turn out in half. Most low budget races are non-partisan, so you won’t be able to rely upon party identification when it comes to This means you will need to have your name recognized by voters who vote in every election. You don’t want voters to show up, but not recognize your name on the ballot.

Get targeted lists of voters so you don’t waste your time going door to door trying to convince people to vote. You can spend time later, not during your campaign, trying to get people to vote. Right now, you simply need to focus on people who will vote, and convincing those people to vote for you. Absentee voters are also important people to contact because they are usually definite voters.

Your budget will need to cover:

Money for a part-time manager. This person will handle the office management and running of the campaign.

Funds for mailings. Sending out informational mailings and contribution requests to known voters is important.

Money for signs, banners, and flyers. You want your campaign to be visible.

Funds for newspaper ads. You will want to run ads in the local papers promoting your campaign.

Money for a brochure. This is a good way to get key information about your campaign out to potential voters.

There are other things your budget will probably have to cover, but these are the key ones. Every cent raised must be spent wisely, so be sure to make wise decisions. For more information about fundraising, read: How to Raise Money for Political Campaigns.

Chances are that you will still be working at a regular job during your campaign, so be sure to keep your busy schedule organized. In a small campaign, the best uses of a candidate’s time are:

Going door-to-door. It is important to personally meet as many voters as possible.

Fundraising with friends and colleagues.

Arranging coffee hours in neighborhoods where you can meet voters. This offers a casual opportunity to let more people get to know you.

Finding volunteers. There is nothing like firing up volunteers than recruiting them yourself.

Writing speeches for your campaign.

Talking with the press and media. This will keep your name familiar with the public.

Visibility. You need to be very visible throughout your campaign.

Your campaign won’t be able to afford a lot of press, so you will need to go out of your way to provide information to the media. Be on a first name basis with all of the reporters covering your race. Invite them to spend time with you while you are running your campaign, and keep them informed of everything that is happening each week. Don’t bombard them with press releases, but do keep the lines of communication open.

Your low budget campaign will get visibility boosts every time it receives an endorsement from recognizable people and established organizations. Getting a lot of endorsements doesn’t mean you will win, but it will help your campaign. Be sure to contact your intended endorsers, and provide them with accurate information about your campaign.

Don’t waste a lot of time and money by jumping through hoops for an endorsement, but definitely put some effort into this. You will want to make sure that the endorsements will be worth the time you put into getting them.

You won’t rest until after the polls close and the votes are counted. Keep busy, but stay positive. No matter the outcome, you will have gained a lot of experience to carry with you in your next political endeavors.

I love working on local political campaigns, and have learned a lot about politics from donating my time to causes I believe in. I think local politics are very important, and also believe that everyone should take advantage of their right to vote. Someday, when I run for some kind of political office, I hope I can use my experience to achieve my goals.