Politics and the American Flag

About ten days after the 2017 United States presidential inauguration, sightings of a new presidential flag flown on a convoy of khaki-colored military vehicles were posted around the internet. People were interested in this.

None of the leaders of American military branches claimed the vehicles as their own at first. Speculation included thoughts that these were old vehicles collected by military enthusiasts, but rumors that the convoy belonged to Navy Seals flying the unauthorized flag surfaced, according to USA Today, February 2, 2017:

This seemed like exhibitionist news. However, rumors in my Midwest town included one that the new POTUS was going to replace the national flag with his own brand, but this did not occur.

Even though military vehicles flew a flag with the single word TRUMP in white letters on a blue background instead of the American Flag on January 30, 2017 the nation's flag is preserved in the Smithsonian Institution and along a 600-mile swath of commemorative trails near our nation's capital. This is a National Historic Trail dedicated to the Star Spangled Banner of the War of 1812 - 1824.

One of the first Executive Orders President Trump signed was a freeze on federal jobs, meaning that when a National Parks Service employee retires or otherwise leaves employment, the park will be short staffed. Hopefully, this will not lead to park closures, particularly that of the Star Spangled Banner National Trail in Maryland. 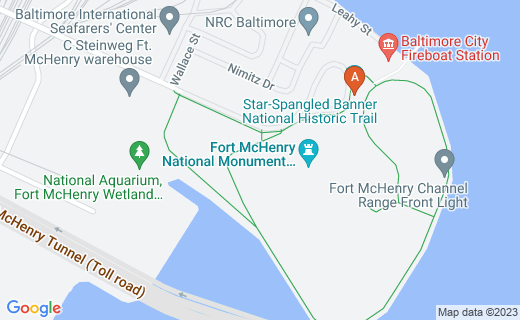 Give me one moment in time

When I'm racing with destiny

Then in that one moment of time

I will be free

— From "One Moment in Time", an Olympics theme song written by Albert Hammond and John Bettis

At This Moment in Time

Which Flag do you respect the most?

The United States is more than one president. It is an amalgam people living here from the time of Native North American Nation settlements to European exploration to the melting pot we remain today in spite of movements to ban immigration.

The Flag Represents the Country, not the President

The national trail dedicated to the flag of the United States salutes Old Glory, the icon of American survival.

The trail crosses land and water across 560 miles in the Chesapeake Bay Region of Maryland, tracing the movements of major British attacks on America in the War of 1812 - 1814.

During September 13 - 14, 1814 at Fort McHenry in Baltimore, our national anthem was written to honor the flag.

Even though the war ended in 1814, American military and civilian prisoners were held in the English prison at Dartmoor Depot through 1815. They were freed and the American Flag became an icon of those prisoners as well as of the free in the United States.

Symbolism and Meaning of the Flag

Fort McHenry: During the War of 1812 - 1814, this star-shaped fort in Baltimore became the birthplace of the American national anthem.

The American National Anthem was not written for the Betsy Ross flag when the New Nation first formed, although many people think that this is true.

The anthem was not produced until 36 years later, when the British, determined to regain the Colonies, struck again and failed, even burning down the White House. The song did not become the official anthem until much later, in 1931, although it was chosen for that duty two decades previously in 1911.

A federal grant envisioned in 2003 and initiated in 2008 for only $100,000, allowed The Star Spangled Banner to join the ranks of The Underground Railroad and The Trail of Tears as important historic entities preserved by the National Park Service.

The project expanded in the 2010s to its present size.

Where America First Sang the Anthem 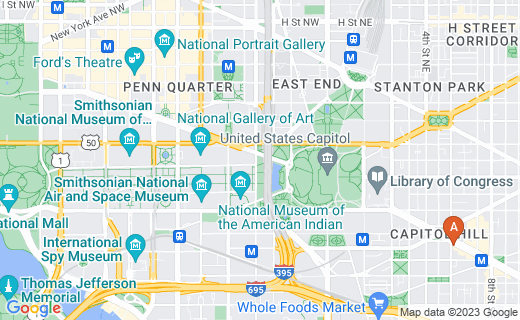 Inspiration at the Battle of Baltimore

Attorney Francis Scott Key spent an entire night at Fort McHenry, trying to negotiate the release of an American prisoner from the British forces. Unsuccessful, he spent the night watching the battle, the smoking guns, and the red glare from the ensuing rocket attacks, all inspiring him to write a poem that became song lyrics.

Key titled his poem Defense of Ft. McHenry and it became the lyrics to The Star Spangled Banner. At the time, he was riding on a British ship that was flying a truce flag as England attacked the American fort. He was briefly even an American P.O.W. The sight of Old Glory still flying in the early morning was magnificent to his eyes and heart.

History and Fire Surround the Flag

The history of America is displayed along the entire trail. Below we see paintings in the Cox Corridors on Capitol Hill that tell us on August 24, 1814 before the Battle of Baltimore, British troops burned the White House, the Capitol, and almost all other public buildings in Washington.

The Capitol building is shown ablaze in the background. It was fully gutted and only an unexpected rainstorm stopped its complete destruction.

American History was Saved From the Fire and Chaos

During the burning of Washington, First Lady Dolley Madison particularly saved the original Constitution of the United States of America, the original Declaration of Independence, and a portrait of George Washington. You can see the two documents at the National Archives now, encased in vacuum sealed glass cases and lowered into the ground each night for climate control.

Just one day before the Baltimore battle, on August 23, the British began the Battle of Bladensburg nearby.

This fight was the only battle in the nation's history in which the President (James Madison) and the Secretaries of War, the Navy, and State were all present. A chain of command disaster was averted in their all surviving. The nation survived and the commemorative trail reminds us how vital that survival is to us today.

Commemoration Along the Trail

When visiting the trail, plan on seeing these sites: