Atrocity based on eugenics not science.

A plan for a Master-Race.

In 1935 the first Lebensborn home was established in Germany. The basis for the development of this Nazi program was eugenics. Eugenics according to the American Heritage Dictionary is: The study of hereditary improvement of the human race by controlled selective breeding. The Nazi regime proposed that within a thousand years a Master-race could be developed in Germany.

The agenda was to breed the perfect Aryan. The physical characteristics would be blonde-hair, blue-eyes and a tall and athletic build. When the program began the three ancestries in Germany were made up of those people with Alpine/Mediterranean and Nordic descent. The plan was to selectively choose women and men (pulled from the SS) who best characterized a Nordic ancestry. They would become the blood-line from which a new nation would be born.

Qualifying for the Lebensborn Program.

The women who wanted to participate or were recruited to the Lebensborn program needed to meet certain criteria. Many women seeking or chosen to be candidates did not meet the project's rigid standards. Extensive physical examinations were conducted and each of these women needed to meet specific physical guide-lines. Back-round checks were also done and if any Jewish ancestry was discovered they were immediately denied.

The hardest criteria to meet was proof that the father was or would be a member of the elite SS. All SS officers needed to get the state’s approval to marry. Approval would depend on the women meeting the Lebensborn's stringent criteria. Once approved the couple was expected by the state to produce at least four children. Those single women participating stayed at the Lebensborn homes during their pregnancies which gave them anonymity. They also had access to food, doctors and through medical care.

Ironically although Hitler professed a need for heightened morality in Germany the women who were most appealing to the program had previously been bedded and already impregnated. Over fifty percent of those women screened for the program did not make it in. Those that did were primarily single women who signed contracts to release their children to the state once they were born. Close to ninety percent of the children being born into the Lebensborn were illegitimate. Children were fostered out to those approved SS officers and their wives or the children were raised in an environment similar to an orphanage.

Father to the Master-Race?

Head of the program.

The implementation of the Lebensborn program was left to Heinrich Himmler. Himmler loved the theory of developing a master race and was an active administrator taking charge of all aspects of the program. He himself sired two children while the Lebensborn initiative was at its peak. Prior to the war Himmler was a chicken farmer making his fascination in a breeding program easier to understand.

Himmler visited the Lebensborn homes frequently and promoted the program extensively. He was said to favor those children who were born on his birthday dispensing special perks such as foster placement etc. The propaganda that took place during this time was intense and active participation in Hitler youth camps strongly encouraged. These young men and women would be already indoctrinated and fertile ground in which to plant more Nordic seed. Himmler remained as the pillar head for the Lebensborn homes until their evacuations in 1945. Arrested as a war criminal at the end of WWII, Himmler would never answer for his crimes against humanity.On May 23,1945 while incarcerated he committed suicide by swallowing a cyanide capsule.

Additional information on the Lebensborn Initiative

A breakdown of the facts behind the Lebensborn program

No escaping the "Master" plan.

Norway's participation in the Lebensborn Atrocities

The Lebensborn movement then went into occupied countries.

Thought to be a flawless endeavor the birth rate remained slow for the ten Lebensborn houses operating in Germany (approx.7500 births recorded.) By 1940 Himmler’s projection of increasing the population of Germany to 120 million seemed completely out of reach. Himmler's solution was to take the children from occupied countries such as Poland. The children picked exhibited those Nordic characteristics most revered by the Nazi regime. Two-hundred thousand children were believed to be taken and put into re-settlement compounds for indoctrination into the Third Reich. At the end of the war only 40,000 were returned to their homeland.

The other solution Himmler devised was the establishment of nine Lebensborn homes in Norway. Norwegian women exhibited the Nordic characteristics being sought as they were blonde, blue-eyed and tall. SS officers were encouraged to fraternize with the women of Norway and the end result was over 12,000 children being born in Norway. After the war unlike those Lebensborn children born in Germany the Norway Lebensborn protégés were ostracized and accused of being war criminals along with their mothers. Many were proclaimed mentally deficient and spent the remainder of their lives in institutions.

Monster with a mission.

Today there are people still feeling the effects of the Lebensborn initiative. The government of Germany still denies having acknowledge of the "secret" Third Reich project. Like other atrocities committed during WWII most German and Norwegian citizens would be happy to just forget the past. For those families with familial ties this is impossible. Many of the children are now gone but some still remain who will never know the truth of their parentage. They say ignorance is bliss but all people should have a right to their origins. Records have been lost or destroyed and very few family members of those born in the homes will ever know their true ancestry. Hitler had a method to the madness that generated the atrocities enacted by the Third Reich. Those such as the Lebensborn project will forever be a scar upon the the face of Germany.

No escape from their past. 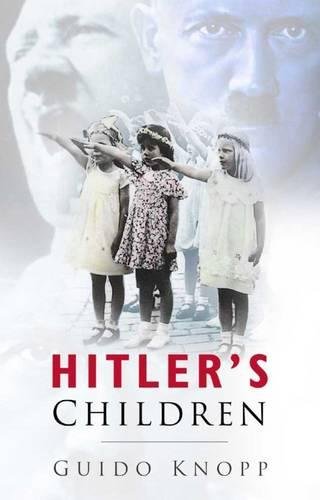 Fictional account of one woman's involvement with the Lebensborn program