Military strategy games are one of those things that kids and adults find extremely entertaining and don't even realize that they are learning at the same time. It takes some extreme critical thinking to develop good strategies. This is not a reference to video games or computer games. I am talking about active, thoughtful, metal stimulation with a military strategy theme.

Kids and adults alike are spending way too much time inside and on the couch with their eyes glued to a television set and a game controller in their hand. Get up off the couch, turn the T.V off and try out some of these fun military strategy games.

You need at least 6 players so that they can be divided up into two teams of three players each. It is possible to play with a very big group if there is enough territory to use. It there are enough players you can divide them up into 3 or 4 teams.

The only equipment necessary is a flag of some kind or even just a stick with a rag or piece of cloth tied to it. The best place to play is in the woods so that you can't obviously see what is going on.

Split the players into two even teams. Have each team find an area that they can create as their base to defend. This is where the flag stays. Make sure everyone knows the rules to play by. There are many variations of the game and you can create your own. Make sure to define what happens if someone is caught trying to get the other teams flag; usually they go to "jail" or back to base before they can try another attack. Make sure to clearly mark where the out of bounds area is so no one gets lost.

Each team should defend their own flag and try to capture the other team's flag without getting caught.

For more information see How to Play Capture the Flag

You need at least 6 players so that you can have two even teams of 3. However, most places that provide laser tag will put you in a group with other people that are there to play. This way you don't have to coordinate and event. Just show up and play against whoever else is there to play.

You shouldn't need to bring anything with you since you will be going to a place that supplies the necessary equipment. However, the game is played with a laser gun and typically a vest that will detect laser hits.

There is not set up necessary. Just show up to the laser tag location and have fun. All the set up is done for you. 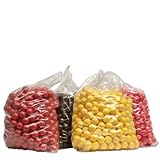 You need at least 6 players so you can have a minimum of two teams of three people each. This game is typically played by older children and adults since it can be dangerous or cause injury.

Both paintball and air soft playing require a decent size area, preferably in a wooded area. If you are worried about it hurting when you get hit, were extra clothing like a sweater and sweatpants over your regular clothing.

Map out the area of play and mark with some sort of spray paint on the ground or trees or some kind of marking tape. This will symbolize where out of bounds is. Choose teams as evenly as possible, decide on what the specific mission of objective is and start playing.

The main objective is to not get shot and to shoot as many people from the other team as possible. You can add in concepts like capturing a flag or defending a certain base. The main rule is that, if you are shot, you are out for that game or you have to sit out for a certain amount of time. This symbolizes death of an injury just like real battle.

Only two players can play at a time. However you can have three players and rotate, letting the winner keep playing.

A chess board and chess pieces.

Put the other player's king in "checkmate".