India is the seventh largest country, biggest democracy, secular and second most populous country of the world.

One of the five BRICS nation, India is one of the fastest growing country of the world and various symbols mark the pride of India and its representation in the world.

Adopted on 22nd July 1947, National Flag of India is horizontal rectangular in shape with three colors deep saffron at the top, white in the middle with Ashok Chakra and dark green at the bottom in equal proposition. It is made of Khadi and governed by Flag Code of India.

The deep saffron color at the top indicate strength and courage of the country, the white color in the middle indicate peace, Ashok Chakra indicates truth and the green color at the bottom shows fertility, growth and auspiciousness of the land.

The National Emblem of India was adopted by Government of India on 26 January 1950, first Republic day of India. The National Emblem has been adopted from Sarnath Lion Capital of Ashoka. The emblem is part of all official letterhead of India as well as is present on all Indian currency notes.

The National Emblem is formed of four lions of which only three are visible and one is hidden on the back, the Emblem rests on abacus carrying sculptures of Elephant, horse, lion and bull separated by intervening wheels. Below the abacus are inscribed in Devanagari script the words "Satyamev Jayate" meaning "Truth Alone Triumphs".

Father of the Nation

Mahatma Gandhi, the symbol of truth, peace and non-violence in the world is the father of the nation. The photo of Mahtma Gandhi can be found in almost all government offices of the country as well as all currency notes.

In the world today with massive nuclear weapons and war at every stage of life, the life and story of Mahatma Gandhi inspires entire world and acts as source of inspiration to the lost and wandered.

In the words of great Albert Einstein for the Mahatma: “Generations to come will scarce believe that such a one as this ever in flesh and blood walked upon this earth.”

Gandhi: An Autobiography - The Story of My Experiments With Truth
Buy Now

"Jana Gana Mana" is the National Anthem of India. It was composed by Bharat Ratna and Noble Laureate Rabindranath Tagore.

It is read as:

The river Ganga or Ganges is the National river of India. It is the longest river of India and originates from the mountains of Himalaya.

It is considered to be the most holy river in Hinduism and is also lifeline for millions of Indians.

A Walk Along The Ganges
Buy Now

Lotus (Nelumbo Nucipera Gaertn) is the National Flower of India. Lotus occupies sacred and unique position in art and mythology of India.

Mango (Mangifera Indica) is the national fruit of India. Mango is a fleshy fruit and eaten ripe. It has been cultivated and eaten in India since time immerorial

The Indian Rupee Symbol was selected through competition at all India level by Ministry of Finance in 2009 and adopted by the government on 15th July, 2010. The symbol was designed by D Udaya Kumar, IIT Bombay alumni.

The symbol of Rupee is amalgam Devanagari "Ra" and Roman capital "R" with two horizontal stripes at top representing national flag and "equal to" sign.

The symbol of the Rupee is only the fifth currency in the world to have its distinct identity after US Dollar, British Pound-Sterling, Euro and Japanese Yen.

The national calendar of India is based on Saka era which has Chaitra as its first month. 1 Chaitra falls on March 22 on normal years and March 21 on leap year. 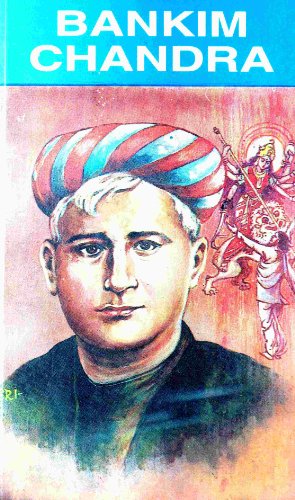 Vande Mataram is the national song of India. It was composed in Sanskrit by Bankimchandra Chatterji.

Hockey has received the honor of becoming the National game of India.

India has achieved many milestones in Hockey including winning of six successive Olympic Gold medals in the game.

River Dolphin is the national aquatic animal of India.

Indian Fig tree (Ficus bengalensis) is the National Tree of India. It is a special tree whose branches root themselves to the ground which in turn give rise more trunk and branches.

On October 22, 2010 Government of India on recommendation from task force on Elephant project declared Elephant as the National Heritage Animal of India with the aim to step up the measure for protection of Elephants.