This article was inspired by the number of alcohol related driving offences that have been brought to my attention in recent months. I was keenly interested in finding out about the facts of alcohol and its affects on those who make the decision to get behind the wheel of a car after consuming even the smallest amounts. I wanted to challenge some of the myths that were out there that shockingly so many people are suceptable to. These were my findings.

It is a shocking fact that in Britain today both men and women are allowed by law to get behind the wheel of a car and drive after having consumed alcohol. As the law stands the legal limit for women is three units (3 small beers,3 single shots of spirits) and for the average man it is five units (5 small beers or 5 single shot of spirits). This I feel is quite disturbing given the rise in the number of related alcohol driving offences which occur every year, not to mention the numbers killed by drunk drivers. So this considered, why doesn't the Government introduce proposals for zero tolerance instead of using references to 'over the limit'.

Alcohol is a depressant drug. By this I do not mean that once consumed you feel depressed! The depressant affect is on the central nervous system, making messages take longer to travel along the nerves and reach the brain. This is turn results in the brain slowing down and taking longer to respond both in thought and co-ordination.

The immediate effects of drinking alcohol depends on the amount in the bloodstream and this also varies according to a person's sex, body compositiion and also speed of drinking. Women tend to have a higher blood alcohol concentration (BAC) than men after drinking the same amounts simply because they have less body fluid to dilute the alcohol. In the long term drinking more than the safe levels of 14 units a week for a woman and 21 units a week for a man can seriously damage health. The brain, throat, liver, heart, pancreas and reproductive organs and the stomache can be affected.

Less than one tenth of alcohol leaves the body in urine, breathe and sweat. It is burnt up almost exclusively by the liver, which means the liver is one of the first parts of the body to suffer from excessive drinking. It is a general rule that it takes as many hours as the number of drinks for the body to completely burn up all the alcohol. It is a little known fact that it is possible to fail a breath test 24hrs after stopping drinking.

Why do people drink and drive?

Getting behind the wheel of a car and driving while under the influence of alcohol is no doubt a concious decision. There can be no excuses for this and there are always alternatives. So why do people feel it is ok? Speaking with such drivers about their own experiences revealed that a high percentage were simply ill informed about the facts of the effects of alcohol and since it is legal to consume a certain amount once they'd started to drink they continued to think "one more won't hurt". Others spoke of using their car in an emergency and not even considering their alcohol consumption, while there were many who were just complacent and had always done this justifying it by stating that alcohol did not affect their ability to drive!!

What this sharing revealed was the lack of knowledge many people have about the affects of alcohol.

There are so many myths around about alcohol consumption and driving and people out of sheer ignorance believe them as facts. I challenged a few of these myths and was shocked at peoples acceptance of them.

This myth is so untrue, food does not absorb alcohol. If a meal is eaten prior to having a drink then the food will be absorbed by the body first while the alcohol sits on top until it is eventually free to enter the bloodstream. Whichever is taken in first will be broken down first. This lack of understanding comes from peoples experiences of drinking alcohol after they've eaten. Because the food needs to be broken down first, then the affects of the alcohol will take longer to show on the individual. If however alcohol is drank first then the affects will obviously be quicker as this will be absorbed first.

This myth is also born out of lack of knowledge about the effects of alcohol on the individual. A small beer contains 1 unit of alcohol equivalent to 1 shot of spirits and one standard glass of white wine. Red wine is slightly higher in volume and contains roughly one and a half units.

Experienced drivers are actually affected by alcohol exactly the same as new drivers! Why woudn't they be? If both drank the same number of units then obviously the'd have the same amount in their bodies regardless of the affects on the individual. If breathalized then the results would be the same.

This myth is utter rubbish with no truth in it what so ever! As stated earlier, alcohol is a depressant which has the affect of slowing down the brains activity and therefore slowing down reaction time. Drivers may make the decision to drive more slowly after consuming alcohol, but the affects are exactly the same.

After starting to drink it takes roughly 1 hour for the alcohol to start being absorbed into the bloodstream and then 1 hour for every unit thereafter. So, if for example a man decides to have 6 units at 12pm with lunch and finishes work at 5pm then he is going to be over the legal limit by hometime as the body will have only broken down 4 units, remembering it takes 1 hour for the first unit to begin to breakdown. Many people will wrongly assume that since there are 5 hours between 12pm and 5pm then this is giving enough time to sober up. Unfortunately this is not the case!

This myth makes me laugh! The police are well aware of all the tricks in the book regarding drunk drivers. They know that many people assume that they will not be stopped or caught if they take a quieter route. Not true! The police if anything may patrol those areas more at particular times specifically for this reason.

This is actually not true. It is usually in the summer time when more alcohol related driving offences happen and the police are particularly on high alert. The warm weather tends to bring people out of their home to barbeques and other social activities. More alcohol is usually consumed at this time.

Contingency plans should always be considered when there is a likelihood of consuming alcohol whilst being in possession of a car. Perhaps if more people took the time to think and plan ahead, then alcohol related diving offences should never occur in the first place. Legislation in Britain I feel is poor as it stands regarding drink driving. Although I appreciate the approach of zero tolerance would be very difficult to manage given there are different alcohols in medication etc. However, there certainly needs to be more education for both experienced and newly qualified drivers as well as those learning to drive to enable this trend to have any success of depleting .Maybe only then will we see a reduction in the tragic deaths and accidents caused by those who choose to drink alcohol and drive. 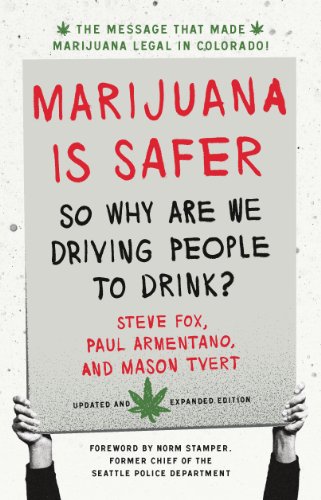 Marijuana is Safer: So Why Are We Driving People to Drink? 2nd Edition
Buy Now 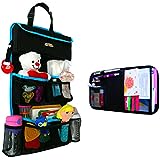