Naya Panchayat is about Judicial Panchayat(Judicial Self Government) in India in some of the states like West Bengal, Bihar, Gujrat , Himachal Pradesh , Jammu & Kashmir, Madhya Pradesh , Rajasthan ,Maharastra, Uttar Pradesh and Tripura. This is a jurisdiction to solve urban disputes of less importance subjects.This type of organization has been formed with a view to giving justice to the villagers only for a few cents.This has not been formed in some states like Andhra Pradesh,Asam,Orissa and Hariyana.There are no provisions of Naya Panchayat in the Panchayat Law of Kerala ,Karnatak and Tamil Nadu.

According to Article no 51 ,Naya Panchayat will be formed with five members in total.They will be called Judges.Among them, one will be selected as the Chief Judge.A member of Gram Panchayat,Panchayat Samity, Zila Parishad or Municipality can not be eligible for the post of Judge in Naya Panchayat.They grant the cases of civil and criminal cases of less important subjects.Law yer has no role in Naya Panchayat.Attendance of at least three members is must.After lodging a complaint ,Naya Panchayat will consider whether the case is judge-able and send a summons to the opponent and instruct him to show cause orally or in written format.There is no any kind of process to appeal against the decision of the Naya Panchayat.But justice should be maintained.

In cases where 250 rupees or less amount is related ,Naya Panchayat solves these cases.

Naya Panchayat will serve the final decision in this regard.If someone appeal to the Munsef of that region,Munsef can order to reconsider the case.

Tresspassing of cattles,cases relating to fine of 50 rupees or less amount.The difference between Court and Naya Panchayat is that Naya Panchayat can not punish a party direct to jail with work or without work.

Role - It has a great role in rural self government.Over increasing pressure of courts has been reduced.Expendable and time wasting system of judgement becomes easy .Naya Panchayat makes compromises between two rivalries.Peace is sustained.The farmer of that village can farm his field without wasting time.He can attend the meeting and farm his land.Simple men of a village will judge a case and consequently justice is generally maintained.The judge ,the opponent and the charger are inhabitants of the same village.They will certainly make a fair decision compromising each other.

The Law Commission, in its August 1986 (Chapter V para. 5.3) indicating that nyaya panchayats made precisely this point, observing that “Article 39A of the Constitution of India directs the State to secure that the operation of the legal system promotes justice, on a basis of equal opportunity, and shall, in particular provide free legal aid, by suitable legislation or schemes or in any other way, to ensure that opportunities for securing justice are not denied to any citizen by economic or other disabilities. This is the constitutional imperative. Denial of justice on the grounds of economic and other disabilities is in nutshell referred to what has been known as problematic access to law. The Constitution now commands us to remove impediments to access to justice in a systematic manner. All agencies of the Government are now under a fundamental obligation to enhance access to justice. Article 40 which directs the State to take steps to organize village panchayats and endow them with such powers and authority as may be necessary to enable them to function as units of self-government, has to be appreciated afresh in the light of the mandate of the new article 39A.”the law even says that there should not be khap panchayat

Necessity is the mother of invention.This is true to here.In a country like India this type of jurisdiction is compulsory.Birth rate is increasing(now a part of people have become aware ,they are helping to stop the over increasing rate of birth).But the official and judicial faculty have not been increased proportionally.So here in India Naya Panchayat (an urban system of jurisdiction) is necessary.This judicial system was established under Village Court Act 1888.Since independence, almost all States have received Village Panchayat Acts cordially and made provisions to build statutory nyaya panchayat legislation. The village Panchayat and nyaya panchayat are working together to the development of a village.Village Panchayat is working as the executive whether Naya Panchayat is executing the judicial performances. 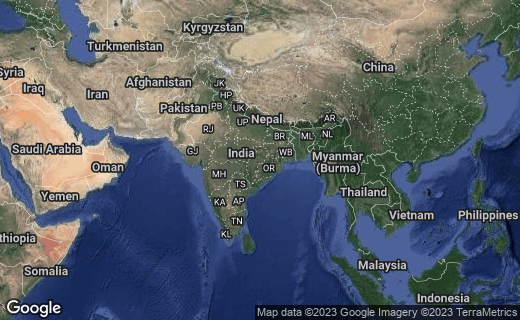 Do you think that rural people receive justice in this type of urban jurisdiction?

0 people have voted in this poll.