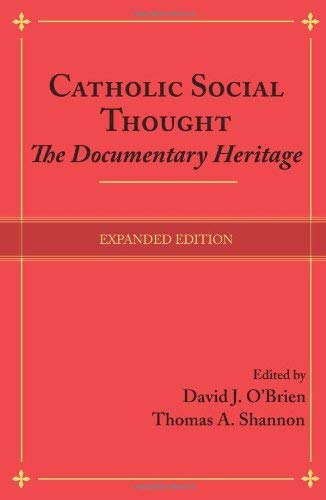 Now You Know Media is the source for audio and CD courses by top Catholic professors and writers, much like The Great Courses is the source for courses on college subjects by the top college professors in their subject areas. At Now You Know Media, the professors are from the University of Notre Dame, The Catholic University of America, Catholic Theological Union, the Franciscan School of Theology, Dominican University, Boston College, the Jesuit School of Theology in Berkeley and other universities and seminaries around the world. Subjects include Church history and teachings, Franciscan and Jesuit history and spirituality, famous Christians and Saints, spirituality and prayer, scripture, world religions, worship and sacraments, and others.

Fr. Willian Byron, SJ, PhD is currently a research professor at the Sellinger School of Business, Loyola College in Maryland. Fr. Byron holds a doctorate in economics from the University of Maryland, two theology degrees from Woodstock College, a bachelor’s degree in philosophy and a master’s degree in economics from St. Louis University. He served in the Army’s 508th Parachute Infantry Regiment in 1945-1946, and attended St. Joseph’s University in Philadelphia for three years after his service. He then entered the Jesuit order of priests in 1950, and was ordained a priest in 1961.

In his course, “Ten Principles of Catholic Social Thought,” Fr. Byron first introduces some basic principles of Catholic social teachings and explains the difference between social teaching and social thought. Social teachings have a formal status in the Catholic Church, and include teaching documents from the Pope and the Vatican. Social thought is a less formal status and can include a priest’s sermon or wise sayings by a person about how a scripture or their faith can be applied to a social injustice. Catholic social thought includes the writings of Dorothy Day (1897-1980), an American journalist, social activist and convert who founded the Catholic Worker movement that provides direct aid to the poor and homeless.

Catholic social thought helps guide Catholics in making sure their personal values are right, that they keep the commitments they make, respect life in all forms, and think and act in a way that is marked by justice and peace. Fr. Byron instructs that while these principles are good guides for internal life, they are not enough if they do not move outward. He emphasizes the importance of active participation in human processes, such as institutions and politics, and active involvement in improving these faulty human systems. Only by active involvement can new institutions be created, and justice and peace be promoted in the market place, work place, home and institutions. He contends that every social question can be traced to problems in human institutions.

Fr. Byron talks about a shift in spirituality in America that was first described by Robert Wuthnow in his book, After Heaven:Spirituality in America since the 1950s.” He describes how spirituality is moving away from sacred dwellings and other sacred spaces toward sacred moments that are identified as reinforcing a person’s belief that God exists. Rather than being in a place that is spiritual, the sacred is found in a momentary experience while driving a car or mowing the lawn. People explore new, complex, and sometimes conflicting meanings of spirituality in moments that are sometimes fleeting.

His course teaches that faith based spirituality cannot be so inner focused that it neglects the social needs and social problems that surround us. He cautions that we cannot neglect the social questions of our time or the action required to address societal needs. He cautions of the trap of practicing valid religious activities but withdrawing from social concerns, or of viewing one admirable social concern as being in competition with another.

Fr. Byron describes a social apostolate, which is the ministry aimed at helping the poor escape poverty, protecting the weak and trying to promote justice in human relationships. This ministry can be direct, such as running soup kitchens or homeless shelters, or indirect such as research and writing aimed at finding solutions for social problems and injustices.

He defines poverty as sustained deprivation of resources such as food, shelter, money, education and so on, but suggests that what or who is responsible for sustaining this deprivation requires some reflection. He suggests that we can neither point to the poor as the blame for poverty nor entirely to the government. He suggests we not look to blame anyone or anything. Instead of looking for someone or something to blame we need to begin to reflect on the analytical issues that have to be explored if we want to get to a solution.

The remainder of the course explores ten principles or building blocks of social thought that show how to live the scriptures in daily life and apply scriptural teachings to problems of social justice. The course comes with a study guide that includes an outline, suggested readings, and discussion questions.