In a panel held at the University of Wisconsin-Madison, Institute of Discovery, experts in the field of nuclear engineering and nuclear health, explained some of the main issues related to the Japan's current nuclear crisis. This panel was sponsored by the Wisconsin Institute of Energy, The UW-Madison Department of Physics and the UW-Madison Institute of Policy.

The panel was mostly concerned with informing the public the facts about nuclear energy and the nuclear situation in Japan as they presently understand it. These scientists know that general public is worry about the events evolving in Japan. They wanted to serve the public by explaining how the reactors work, what type of reactors are predominant in Japan, what type of damage the reactors suffered, and finally they wished to help people by answering their concerns. These scientists stated that they were not evaluating the nuclear industry or trying to predict the outcomes of the Crisis in Japan. They promised an update when the emergency situation in Japan ends. I do belief that this is a way academics can serve and connect with the community. By doing so they allowed the community to receive information directly from people who understand the system, the technology, the security issues and more from an insiders perspective.

Among the panelists was Michael Corradini Chair of the UW- Madison Engineering Physics Dept. who mentioned that the plants were not originally designed to withstand natural disaster of the combined magnitude of these earthquake and Tsunami. The nuclear facility could withstand an 8.2-magnitude earthquake and a 20-foot tsunami both levels were higher in this case. Please allow me to recap, the earthquake was of magnitude 9.0 and the Tsunami was more than 20 foot. These natural disasters caused various degrees of damage to the nuclear reactors (1-6) at the Fukushima Daichi nuclear plant owned by Tokyo Electric Power Co.

Contrary Three Mile Island where human mistakes had been associated with a nuclear accident, the experts here point out to the natural events overriding the design. Yet no plan was set up in place “If this were to happen." This is similar to the lack of planning in the New Orleans oil spills. Are engineers to optimistic when designing facilities, or are they too conservative in terms of expenses? Why there was not a worse case scenario contingency plan? Was this type of combined effect out of the imagined possibilities? Is it too expensive to implement such measures? I would hypothesize that the cost for the energy company and the whole country is probably higher that it would had been to invest in those prevention mechanism. I however confess here, that I am not an engineer and I did not asked that question to them. The Japanese government estimates $300-310 billions as the economic cost of the combined disaster. It is so far the most expensive disaster a country has confronted.

At the beginning of these events Corradini predicted that the nuclear alert would be same as the Three Miles Islands. The experts stated that the scale has to do with dispersion as well as magnitude. When the dispersion is local the maximum category is 5. Chernobyl was category 7and is considered more global dispersion.

The experts at UW-Madison were conservative in their estimates of the danger for the public. At the time of their talk the reported radiation outside the damaged facilities were 0.14 micro Sv/Hr. It is known that 0.1 Sv is associated with an extra 0.5% risk of contracting cancer. Bryan Bednarz, a professor at the Engineering Physics Department, said that with the information available it was difficult to estimate the danger for the general population, but it was low. With such levels, he said, it would take a month of continue exposure to approach exposure to e.g., x-rays.

At that time the workers at the Fukushima Daichi nuclear plant were speaking of people having irrational fears. Today on March 24, 2011, three workers has been treated for elevated exposure. Perhaps the risk for them now is more real and the perspectives are different. Indeed the workers are among the population at higher risk even though they wear protective outfits.

It is also known by now that I 131 have been found in levels above the standards accepted as not affecting human health. Cs 137 in some areas has increase 5% the background levels but as today is said to be below the thresholds known to poses a risk for human health.

Because the energy in these reactors is being released slowly and they had been cooling down, which requires a lot of personnel in place (at risk)---it is possible that the situation could remain in control.

Four of the plants are lost. Two may be able to be revamped within four years. In a previous accident in the other part of Island, it took three years to have those facilities fully operational.

The experts also mentioned that though plutonium is usually of higher concern, only one of the facilities contain it in its mix. The radioactive elements to be most concerned about are Cesium, Iodine and Strontium, the ones with longer half life. Cs 134 has a 2-yr half life, I 138 has 7 yrs half life, Zirconium 93 has a 30 yr half life. St half life is 30 years. The ones currently on the news because of water, milk, and food contamination is I 131 whose life is only 8 days. In the absence of further input it may disappear in a few weeks the experts said. Yet if intake by infants for enough time it can be a causal agent of thyroid cancer.

U.S. territories have already received some traces of which all three panel members agreed may not create greater health risks. Hawaii, Oregon, Colorado and most of the West Coast of US have been reported by EPA as recipients of Japan’s radioactive elements. The elements reported so far are Tellurium, Cesium and Iodine 131. The Environmental Protection Agency is not currently recommending that the public in those areas take potassium iodine to deal with the Iodione 131 effects. The levels are very low they said. (read more EPA Rad Air Monitors)

Upgrades of the current states of the reactors can be seen in my other post Japan Nuclear Crisis day by day. The International Atomic Energy Agency (IAEA) provides two daily updates. 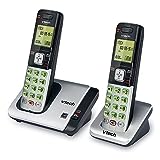