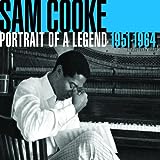 Portrait of a Legend
Buy Now

Conspiracy Theories in the Age of Obama

For many, Republican gains in the recent mid-term elections were a referendum on the presidency of Barack Obama. In many ways, he has been plagued throughout his first two years by circumstances that are often trouble for presidents, with the bad economy being his biggest handicap. But as the first black president of a nation that has a less than stellar record on race relations, he has also found himself in some unique territory.

At the risk of sounding like Christine O’donnell asserting that she is not a “witch,” I find it necessary to make one thing clear from the outset: I am not trying to argue that most people who oppose President Obama are racists. Many people have legitimate grievances with specific policies that he has supported: the economic stimulus, health care reform, financial regulation, and cap and trade legislation. I share some of these same concerns, particularly about the growing national debt and potentially misguided (and loophole-ridden) new regulations.

There are also many other less informed citizens who are influenced by the standard caricature of Democrats that has been promoted by Republicans. For decades, labeling Democrats as tax and spend liberals who want to regulate everything, tolerate sinful behaviors, and coddle foreign nations has been an effective conservative tactic. I can’t really blame them. If a message has proven to be effective, then it makes sense to keep using it. Democrats, after all, were happy to caricature Bush as an ignoramus who wanted to hand the country over to wealthy individuals and corporations, ruin the environment, and turn America into a militaristic police state. So often, the faithful party members on each side are happy to listen to what they want to hear, and when your party is out of power, you tend to be more fearful and motivated.

So Obama is facing some pretty typical stuff. The intensity of the opposing party’s     attacks, however, seems even greater than normal. Some of this is the result of a particularly difficult economy. Some of this is the result of big measures that have been taken to either deal with the economic situation or address some longstanding Democratic concerns such as health care or the environment. I think that it is also the case, however, that Obama’s unique status as the nation’s first black president is playing a role in both the nature and intensity of some of the attacks. Criticizing a person for his supposed political ideology or specific policies is one thing. But baseless claims that Obama was either born outside of the United States or is a closet Muslim are something else entirely. Both of these criticisms are designed to create the impression that Obama is essentially a non-American, a foreigner who has no legitimate right to be president. I have heard many harsh critiques of presidents in my lifetime, but I have rarely if ever heard the argument that the president is just not “one of us.”

Normally, these types of conspiracy theories are far out on the fringes of American politics. But when the president has dark skin and a foreign sounding name, these fear-based claims may ring true for some. Of course, you could counter that most Republicans, as polls indicate, do not believe in these conspiracy theories. But when roughly one out of five believe without evidence that Obama is a Muslim – a fact that they apparently see as a problem – it tells you that racism and prejudice can still be a force in politics.

These attacks are not completely surprising. Truth be told, I never thought that a black man would be elected president in the first decade of the twenty-first century. Like many Americans, I was pleasantly surprised that our nation had come so far. Centuries of racism and prejudice, however, are not going to completely fade away in a few decades. Like all nations, we are cursed by our past, and unfortunately, there are people out there who are happy to manipulate voters by capitalizing on deeply rooted fears and prejudices. Fear is not rational, and it may exist on a subconscious level in ways that do not show up in polls. So even when people make objections about Obama based on his policies and ideology, there is always the possibility that subconscious fears, to a certain degree, are strengthening his opponents’ convictions.

It will be interesting to see if the intensity of the attacks increases or decreases now that Republicans have made some significant gains in congress. In a worst-case scenario, Republicans may be emboldened once the new congress comes into power next month, stepping up attacks by further investigating Obama’s “identity” and blocking his “agenda.” But then again, fears about the “Obama agenda” may subside a bit, and officials in Washington might start focusing more on making the compromises necessary to get something productive done. The recent tax compromise indicates that this may occur, although it is easy to come to a settlement that asks the American people to sacrifice absolutely nothing in terms of taxes or government benefits. I have been pleasantly surprised before. Here’s hoping that it happens again. 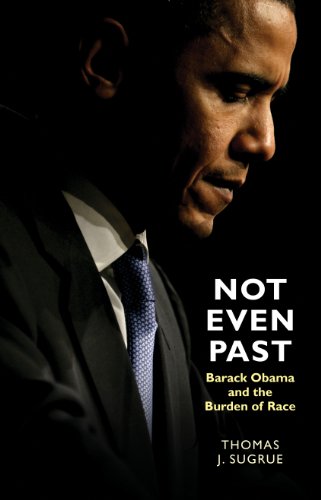 Not Even Past: Barack Obama and the Burden of Race (The Lawrence Stone Lectures, 2)
Buy Now