An editorial, and a call to action…

My grandfather, Denzel McBride Bennett, was the founder of a small newspaper, The Alpine Avalanche (http://www.alpineavalanche.com/). My father was a photojournalist. I took journalism classes in college; although, I ultimately focused on psychology and behavioral science. I was raised with an awareness of the Journalists' Code of Ethics (http://www.spj.org/ethicscode.asp). I believe strongly that journalists have a responsibility to report the news clearly and accurately to the public. I remember being absolutely stunned the first time I saw Fox News in the break room at FEMA where I was working. I could not believe the biased, unprofessional, sensationalistic slant of this so-called news station. I was even more appalled to see my fellow government employees sitting around watching this vociferous claptrap, believing it, and agreeing with it. That was 10 years ago. Since that time, the situation has only gotten worse.

Many Americans don't realize that Fox News is not actually a real news program. The people on Fox News are not newscasters or journalists. None of the Fox News “hosts” mentioned in this article (Bill O’Reilly, Sean Hannity, Glenn Beck, John Stossel) have any educational background in journalism. They are actors playing parts in a massive and expensive propaganda campaign for the Republican party. However, people think that Fox News is an actual news network because it calls itself "news", and because it is played in many public places, just as if it were worthy of notice. 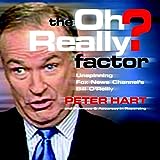 In the years since Fox News has been in existence, this station has become more and more dangerous, divisive, and incendiary. Recently, an armed gunman, inspired by Fox News' Glenn Beck, was involved in a shootout with the police. The California Highway Patrol pulled him over for a traffic violation and found that he was heavily armed and headed for a small non-profit organization called The Tides Foundation (http://www.tides.org/) where he planned to lie in wait and start a “revolution“ by opening fire on workers as they arrived at the office.

The Tides Foundation, a group “dedicated to positive social change”, is an organization that Glenn Beck pontificates against on a regular and vehement basis. In fact, Beck had made negative assertions against the organization 29 times in the days immediately preceding the attack. During the same time period, the organization received little or no notice from legitimate news agencies because it had done little or nothing that was deemed newsworthy.

The non-professionals who act on Fox News are hired to stir up trouble and foment unrest, and recurring guests are chosen for their ability to contribute to this pursuit. For example, Jesse Lee Peterson, who is often a guest on Fox programming has been quoted as accusing most black Americans of having a poor moral character and saying that the majority of blacks are racist against whites. While, the host of the program, Sean Hannity, protested mildly at the time, it seems unlikely that Peterson will be excluded from future participation in Fox programming.

More race baiting is evident in the foolish Glenn Beck's repeated assertions that our president is a racist and hates whites and white culture, along with his ridiculous assertions that health insurance reform has anything at all to do with reparations for slavery. Furthermore, non-journalists Sean Hannity and Bill O'Reilly were quick to spread quotes out of context from Shirley Sherrod's speech to the NAACP. This underhanded, sneaky, unethical act did nothing but cause trouble. It cost taxpayers' dollars to sort it out, and it distracted from real news for several days while these self-interested fools crowed about how "prejudiced" against whites, Ms. Sherrod supposedly was. In the end, their assertions were proven untrue, but the damage was done.

Our country is placed in jeopardy by the groundless assertions of these foolish people who present themselves as qualified journalists and commentators and make ridiculous statements such as John Stossel's outrageous statement that the Civil Rights Act section regarding public accommodation should be repealed. The Civil Rights Act and all of its components were hard won by people who were qualified to do the work that needed to be done to assure equality for all American citizens. Our Civil Rights should not be threatened by foolish people who have no idea of what they speak and who are just mouthpieces for self-interested corporations, politicians, and other private interests.

How You Can Turn Off Fox

Fair and Balanced, My Ass!: An Unbridled Look at the Bizarre Reality of Fox News
Buy Now

Be a Positive Force for Change!

By keeping up with:

Ask Businesses to Tune Out Fox!

you will receive the latest information containing talking points that you can use to explain exactly why Fox News is such a poisonous, detrimental, negative influence on our society. You can use this information to spread the word among your friends, family members, and local businesses. You will be able to help others become aware of the divisive direction in which Fox News has dragged journalism and to help restore journalism to its former trusted place in our society.

Fox is NOT a legitimate news organization. It has only convinced the public that it is through clever advertising and deception. Of course there are some people who actually choose to watch the travesty that appears on Fox News on a daily basis because they agree with the biased, hate-filled foolishness that spews forth from the actors portraying journalists; however, others are simply subjected to this farce because Fox is aired in public places as if it were actually legitimate news. The fact is, that this outpouring of divisiveness and race-baiting is a product of a company that is devoted to the Republican political agenda and actually contributed a million dollars to the Republican Governors Association. Stop being hoodwinked by Fox News. Turn it off.

TV-B Gone is a handy little device that you can carry on your keychain to turn off any TV anywhere. You don't have to get up and move when Fox News pollutes the air in a public place with its lies and distortions. Just turn it off!

"At this point, it is even hard for Fox to deny that it has an agenda."