Many people enjoy the mystery of the unknown Saucy Jack and the Whitechapel murders of the late 1800s. A segment of these individuals make up a fan base, actually. They enjoy discussing the case, collecting memorabilia - even serial killer trading cards, watching the related films and TV productions, touring Whitechapel, reading fiction and non-fiction accounts, and even writing their own novels. Many of these last are often pastiche of Sherlock Holmes or other great detectives.

Jack the Ripper, then, is a money-making industry.

Comparatively, millions enjoyed the romance and mystery of the Moon and Mars in The Moon Is a Harsh Mistress and The Martian Chronicles, until we sent ships and men and rovers up - and found nothing but rocks, dust, and perhaps some bacterial fossils and a trickle of water. We lost our dreams of other civilizations and advanced cities "up there" close to Earth. If the Ripper case is solves, we've lost that imaginative stimulus as well. Some don't want that, And I can't fault them for wanting something to occupy their fancies. However, we are likely to lose this romance shortly.

Unfortunately, other types do not want the case of Jack the Ripper solved, because they want to be the ones themselves to solve it. Professional and amateur jealousies could lead to a novel or film of their own. Related to that, there are thoughts that the 1880s London press stoked the fires of imagination by embroidering and whip stitching together the facts of separate and unrelated murders committed by different perpetrators, thereby creating a mythical Frankenstein called Saucy Jack. Were the letters and postcard from Jack created by London reporters to gain newspaper circulation? At least one published book, by Andrew Know, looks at this theory in depth.

Just a Few of the Ripper Tours 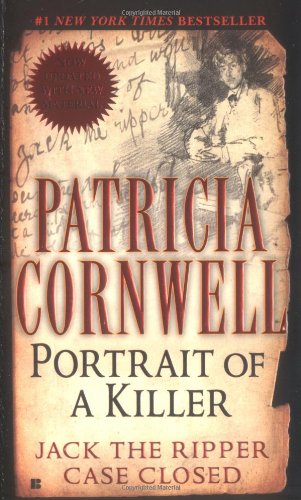 Among the writings of the years 1990 - 2012 that concern the Whitechapel murders, a standout is one that digs out DNA evidence at the hands of a former forensic scientist and mortuary assistant with credible and substantial experience. Criticized heavily by individuals that would rather be credited with a solution to a long standing case, Patricia Cornwell accumulated an impressive psychological and criminal profile of a serial killer that could be Jack the Ripper.

Ms. Cornwall's Case Closed is the most convincing to me up to the 2009 book written by another of my favorites, M.J. Trow. A full-time historian and professor of same, he dedicated three years in depth research to the Saucy Jack case and another year to researching a potential suspect not uncovered by anyone else. His book is called Jack the Ripper: Quest for a Killer. A foundation toward this work includes two other of his works: the fictional Lestrade and the Ripper (fiction really lets you investigate all angles imo) and non-fiction The Many Faces of Jack the Ripper. Interestingly, book stores and websites tell me that readers that purchase either the Cornwall book or Quest for a Killer most often by the other as well.

In the end, though, Patricia Cornwell looks at DNA evidence, the final word in the 2010s for proof. DNA evidence in the Jack the Ripper Case is not conclusive, but it is condemning.

Such DNA evidence reveals that saliva from the backs of postage stamps affixed to letters written by Walter Sickert is 99% likely to be the same as that on stamps used by Jack the Ripper. Mitochondrial DNA matches at least 2 Ripper letters with 2 Sickert letters. An identical set of sequences, found in less than 1% of the total world population (now 7 billion), are actually found on more than one of the letters written by both Sickert and the serial killer. This is evidence that is hard to dismiss, even if not (100%) conclusive.

If you watch the series House, MD you are familiar with the forensics like thoroughness with which House and his team-of-the-week exhaust both all causative possibilities and their current patient. They level everything to bedrock and are still sometimes stumped, until intuition flashes and puzzle pieces fall together.

Ms. Cornwell and Mr. Trow each use forensics, both in conimnation with other science and history, yet with unique styles. I respect both styles well and from personal research experience, even more so. Forensics cases are much like fitting together a puzzle of many pieces -- The processes can be complex, need to be precise, and yield solutions that are convincing. Either author could be correct. One Interesting difference is that M.J. Trow shows us how Jack slayed 7 victims rather than 5 and that one of the now-famous littany of victims was not killed by trhe Ripper at all.

DNA evidence and a reconstructed psychological profile from infancy upward lead Patricia Cornwell to highlight the artist Walter Sickert as the serial killer of Whitechapel. The man was born with deformed genitalia, was mutilated by early related surgeries, and physically and psychologically abused by his father. His father, in turn, had also been abused and had drawn disturbing images of victims in the process of murder. My experiences in helping and advocating victims and perpetrators of abuse over several years leads me to agree with Ms. Cornwell's conclusions. Several images done by Sickert are disturbing.

Aside from DNA evidence, portions of TV documentaries have agreed with the gist of Ms. Cornwell's findings. Specifically, a greater amount of the artist's works were shown on screen than included in the Cornwell book, although the author purchased several of the paintings to study. One particular painting is that of a woman in a stiff posture, unmoving and wearing a kind of necklace. The painted image is very much like that of a mortuary photo of the victim Catherine Eddowes - uncannily so.

Sickert painted and drew other images, included in the book, that look very like additional Whitechapel corpses, especially for characteristics such as slashed faces and throats and the position of cuts. Ms. Cornwell writes that only those who witnessed these killings could have painted such likenesses, because the mortuary photographs were extremely difficult to access. She feels that Sickert did not see the photos.

The Many Faces of Jack the Ripper
Buy Now

Living In the Same Room

This history is strange and not well proved.

Sickert painted a canvas with the murky image of a man standing at a window of a room in which he said Jack the Ripper had lodged in London. How he obtained that specific information is questionable, since it was from the landlady, who said the lodger was a was a multiple killer.

Sickert was living in this same room himself and he called his painting Jack the Ripper's Bedroom. Some sources suggest that Sickert was obsessed with Jack the Ripper, while others posit that he was a slick self-promoter with a story behind every painting, riding Jack's gruesome popularity in the press for income.

Critics of Ms. Cornwell's Case Closed have been constructive, destructive, and some may even have made up or imagined other evidence. Still, the psychological reconstruction of Walter Sickert is believable, as is the DNA evidence. I think either Cornwell's or Trow's final conclusions are correct.

However, researchers know that an analysis can go forward along correct procedures and still yield incorrect results. Both Cornwell's and Trow's evidence and conclusions have become the subjects of doctoral dissertations that have dissected and severely sliced their works in light of what the students feel is evidence for other Ripper identities. As the understanding and use of DNA evidence becomes more sophisticated, we may or may not extract the correct answer in the future.

Jack the Ripper: Quest for a Killer
Buy Now