This is a real amazing fact that a chaos or uncertainty is going on for organising Panchayat Election in the state of West Bengal in India.I think this only happens in India because this state has a humanitarian democracy that gives all power to establish her or his point of view.
Before understanding the question what is Panchayat Election ,you have to comprehend the panchayat system in India.It is a three tier democratic administrative institution where members are seat to lead the local development and improvement for the people where he has been elected from.It consists of gram panchayat,panchayat samiti and zila parishad.These three systems have already been explained in my former three hubs which are enoughb to understand the systems. 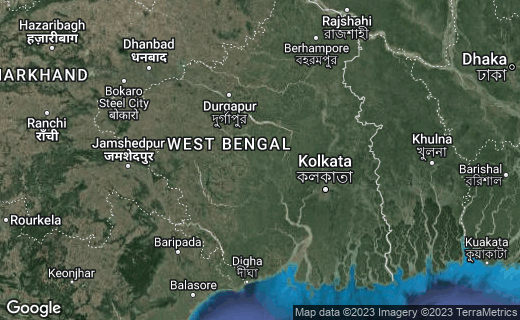 It was declared that the Panchayat Election in West Bengal would be done in three phases.It would have been 2,6 and 9th July. 1st Phase on 2nd July, 2013 in the districts of North 24 Parganas, South 24 Parganas, Purba Medinipur, Paschim Medinipur, Bankura, Purulia, Howrah, Hooghly and Burdwan.2nd Phase on 6th July, 2013 in the districts of Nadia, Malda, Murshidabad and Birbhum.3rd Phase on 9th July, 2013 in the districts of Cooch Behar, Jalpaiguri, Uttar Dinajpur, Dakshin Dinajpur.
But on 28th June Supreme Court has ordered to organise the voting procedure in five phases.Supreme Court has given some time to both the State Government and the State Election Commission to discuss over the distribution of districts between them .Then Supreme Court has declared the decision.
The debates among the rivals around 3.40pm compelled Justice Patnaik to ask the Bengal government, the state election commission and the Centre to sit together.“We are now going to have a cup of coffee and will come back after 10 minutes. If you need more time even after that, then we will go for another round of coffee. But you have to decide it today,” Justice Patnaik said with a smile.

"Nominations, scrutiny of nominations, printing of ballot papers ,victories of the uncontested candidates declared will not be changed," the bench said.

Till Now An Interrogation

Till now an interrogation is there if the election will be held according to the order of Supreme Court.Mr Kalyan Banerjee and Boby Hakim,representatives of the state Government lead by Mamta Banerjee(Chief Minister in - charge and Supremo of her party Trinamul Congress) have told that from July 9 Ramjan month will fall on when the people of Muslim community obey,do fasting ,worship and celebrate.They have no objection in five phases but they have been reported of Ramzan Month by the people of Muslim religion.They have said that they respect all religions.So they will go to Supreme Court again for changing the announced dates before Ramjan Month or after Ramjan Month.But Surya Kanta Mishra ,leader of the opposition (Communist Party of India) says that this only happens only for the procrastination and intention of the ruling party.They also do not want poll in the month of Ramjan.But if this happens ,happens only for the ruling party.