Despite the fact that I had a boyfriend for the last three years, I spent the last four consecutive Valentine's Days on a stage with 40 to 50 other women. We were performing the all-female, all-student production of The Vagina Monologues in conjunction with the national V-Day campaign.

This description of the campaign is from the V-Day website, since I couldn't put it into words any better than they have already done:

V-Day is a global movement to end violence against women and girls that raises funds and awareness through benefit productions of Playwright/Founder Eve Ensler’s award winning play The Vagina Monologues and other artistic works.

Colleges, communities, and high schools can join the V-Day campaign and perform The Vagina Monologues within the set time (I believe from February through March). I joined my college production my freshman year and performed in every show until I graduated. We performed on Valentine's Day every year.

About The Vagina Monologues

The Vagina Monologues is a collection of interviews, discussions, and confessions gathered and rearranged by Eve Ensler. The monologues consist of a combination of real words by real women and Ms. Ensler’s additions that shape them into stories for the stage.

The topics of the monologues range far and wide, but all are cuttingly honest. The mood is light and humorous in some, and heavy and serious in others. Many of them have directly to do with the vagina: describing it, discovering it, learning of its beauty and power. Some are about the experience of rape. Some are about sex. Some are about heterosexuals, and some are about lesbians. Each monologue is performed in the first person, as if the actress is the one who experienced the events or feelings described in the monologue.

When I use the word "actress," I only use it for the definition of taking on a character who is not your own. A woman who performs in The Vagina Monologues does not, by any means, have to be a professional actress or even have any theater experience at all. We didn't even have to memorize our lines. I happened to be a Theater major in college. However, I worked with women whom I probably would never have met if it hadn't been for the V-Monologues. Many of these girls had never been in a theater, let alone performed in one.

Buy The Vagina Monologues on Amazon 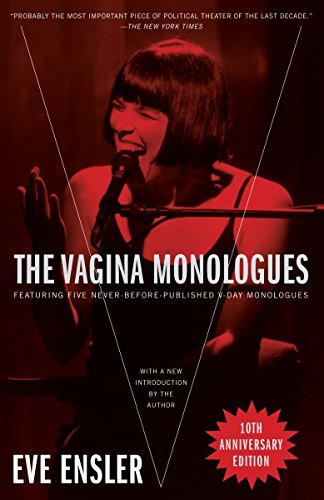 Why The Vagina Monologues? And Why on Valentine's Day?

That's precisely the point. To make people face their discomfort. To end the silence and darkness surrounding the idea of the vagina and around the word itself. Everyone, men and women, should see the show at some point in their lives. It's funny, heartbreaking, and empowering, all at once. It's not anti-men. It's pro-women.

All of the proceeds from the show go toward ending violence against women. Part of the money goes to the national V-Day charity, and part of it goes to local charities and shelters to support women and their struggles to survive the sometimes harsh world around them.

Why on Valentine's Day? Sure, there were probably girls who didn't join the show because we chose to have it on Valentine's Day. We probably lost some audience members, too. And not all participants in the V-Day campaign choose to perform on February 14. But we did it because of the impact it would have on the audience. Because of the significance of the words "V-Day."

Because Valentine's Day isn't just about chocolate and flowers and hoping you have a boyfriend. It's about love and respect. And what better way to demonstrate love and respect than by giving a voice to women to have been silent, pledging money to women who have been abused, and spending time with amazing people whom you might never otherwise have even met?