Dale Rose and Stuart Blume wrote an article entitled Citizens as Users of Technology: An Exploratory Study of Vaccines and Vaccination, published in the review How Users Matter in the Journal of Technology and Culture through MIT Press and Johns Hopkins University Press (see link below).

The article discusses several important elements of technology as applied to human vaccines and is particularly important to the H1N1 pandemic and future health crises that may be battled via vaccination, and to the outcry against vaccinations as possible causes of Autism Spectrum Disorders and other unwanted health effects.

A Shot for Everything?

Authors Rose and Blume emphasize in their first point that the relationship of vaccines and clients of healthcare as consumers in America. One major point in this article that may or may not be valid is the insistence of the authors that vaccination as a phenomenon has become a for-profit industry in the hands of the public sector.

It is the authors; stance that vaccine research was once the province of government funded and controlled research done only for the common good. That may be debatable, considering the public outcry of the late 1990s and the 2000s against a believed partnership of federal agencies with “Big Pharma” – the drug companies - in a number of new vaccines.

One wants to believe that the government is intent upon seeking and achieving the better health of the nation, similar to eradication of polio in America. However, some consumers seem to feel that there is too conveniently a "vaccine for almost everything." This is rather humorous, really, because I remember adults that lived through the 1950s - 1980s saying earnestly about all manner of health conditions, "There out to be a shot for that." 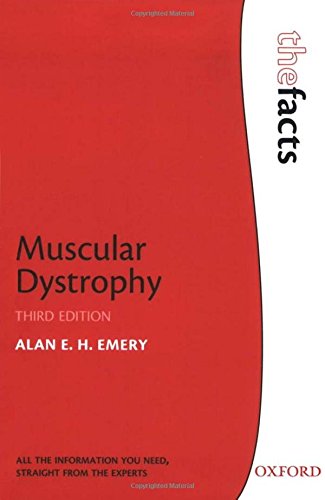 This matrix of good and bad seems to influence drug industry research, according to the numbers of good and bad in the cells of the matrix. Specifically, no money can be made on a drug/vaccine that no one among consumers will use or notice.

State governments also have some say in what drugs will be recommended or required, becoming a third party in the triangle of healthcare clients (consumers), Big Pharma, and government -- A little like the three divisions of the US Federal Government, the healthcare trinity players influence one another, and, in turn, what research is funded in either public or private sectors.

For instance, Jerry Lewis and his huge media campaign against Muscular Dystrophy has raised multiple millions of dollars for related research that has resulted in treatments and cures for some MS/MS-related conditions.

Many people care about MS and its treatments, not only because it has touched them, but also because of the consumer impact encouraged and supported by Jerry Lewis throughout his adult life and the Jerry Lewis and MDA partners in the campaign. together, they have raised a substantial amount of private funding for health research, demonstrating that not all research money flows through governments.

The authors emphasize in a third point the concept of co-construction. They highlight the healthcare system client’s supposed power to repudiate the effectiveness of a treatment (vaccine) and his/her right to join with other clients in resistance together in order to combat any suggested or required submission to treatment.

This applies particularly to the H1N1 vaccine in instances in which various media reported that, in case US residents refused vaccination, local police offers would be given blanket authorization to enter homes without permission and to forcibly administer the vaccine to children and adults. This has not happened anywhere I know.

In a lesser degree of harshness, one hospital in Central Ohio alerted employees that the H1N1 vaccine would be required of them and failure to accept it would cancel their next pay raise. The rationale was that since the employees encountered high-risk groups, they were endangering these clients in their failure to accept vaccination.

Resistance can be against social manipulation instead of the vaccine itself, because social sanctions can promote the acceptance of vaccinations and other treatments. A good example of this is any government sponsored program that bases tangible incentives upon accepting vaccinations.

Incentives might take the form of extra Food Stamps, money to pay a bill, or other supportive services, or it could mean not receiving one’s monthly cash payment for public assistance if one does not allow vaccination. Thus far, i have not heard of this occuring related to healthcare. However, such a system worked well in some US States to ensure additional high school graduates and GED Certificate completers in 1990s under Welfare Reform -- Monthly cash benefits were to be withheld from recipients of Public Assistance, Workers Compensation, SSDI, and other programs if classes were not attended and diplomas achieved along a timeline. It was rather a case of comply, become homeless, or enter the underground economy and hope not to be caught.

More About Autism on HubPages

The thread running through the article seems that if the state government can successfully require residents to receive a vaccine or other treatment, than a drug company will more readily spend money on research, development, and distribution of new drugs. Further, if healthcare consumers join forces and refuse the treatment, then the treatment makes no money for private sector drug companies and may result in a financial loss for companies and stockholders.

In many instances, US Federal and State governments have protected Americans with large scale vaccination campaigns, like school immunizations. This influences drug companies to research and develop new, useful vaccines for the future. Political lobbying by drug companies may be another influential factor in this relationship between government and drug companies. One hopes it is always for the common good.

Overall, resistance to accepting vaccinations seems to be relatively small in America, although growing among parents not having children vaccinated, based on possible side effects they feel result in Autism and other disorders.

Resistors may not be considered good citizens, or good moneymakers for pharmaceutical companies, and social pressures against these individuals and groups may or may not ensue and be successful.

One answered question remains is what to do about resistors that resist, because they are allergic (sometimes to death) to the vaccine or materials used in producing it? Can legal exemptions be made for these individuals, while maintaining the acceptance of the majority of people that are not allergic? A possible outcry could occur in which the allergic are accused of malingering or of receiving special treatment for some demographic reason.

Still, it may be that no vaccination will ever be produced safe for 100% of its intended recipients. Some measure of resistance to vaccinations may need to be accommodated in America.