Triggered by experiences with wildlife as a Peace Corps volunteer, Susette became an earth-friendly activist, while also working full time.

We citizens are learning, from observation over the years, that most legislators make lots of promises they don't follow through on. The President of the United States is no exception. What would you do in the situation of a serious disaster like the BP oil spill, if promises made by public officials had still not been carried out a year later?

It was a huge political crisis coming so close after the Hurricane Katrina debacle. The public wanted to know our government could handle it. We were reassured time and time again by President Obama and his team that they were accepting responsibility for lack of adequate oversight, that they would make sure local businesses were taken care of, and they would do everything they could to prevent it from happening again. An official was let go. A few legislative changes were made. BP gave similar assurances. They formed teams for immediate cleanup, made compensation payments to fisherfolk hurt by the spill, and let go of a few executives.

The President created a commission to study the government's regulatory role in the accident. The commission found negligence and serious, ongoing problems with monitoring systems, both in the government and the industry. The commission urged an overhaul of both, and proposed a number of new practices that needed to be enacted.

A year later the overhaul is still waiting, yet new permits are being issued. The commission's recommendations were ignored, but the House of Representatives is introducing new legislation to extend deep-sea drilling. They want to allow it in areas previously protected, both off the Atlantic and Pacific Coasts and in pristine waters of Alaska. Permits have been granted. They're acting almost as though the spill never happened. Why is this? What happened to the promises that were made - the reassurances that they would take preventive action to lessen the chances it would happen again?

It calls for some creativity. Perhaps a negative report on BP to the Better Business Bureau, challenging BP to make public the changes they've made, or to prove that they are being more careful and protective now. It calls for a good, close look to see who is making these proposals and what is behind them. It might even call for checking your legislator's views on other issues to see whether you will want to vote for them again.

Here is the most fun part. What would you do if elected to office? How would you handle the situation? Who would you call to be on your team? How would you deal with government bodies ignoring a serious report you worked hard to research and write? Would you just shrug and leave it alone? Would you start making waves within the government, with those who should be taking action? Would you go to the President or Vice-President to ask them to lend their weight? Or maybe you would go behind the scenes and start pushing at the culprits personally. Maybe trigger the press that there's a potential story of continued negligence here and give them some data not previously known.

Sometimes these creative daydreams can motivate you to action you might not have otherwise taken. Sometimes they will give you ideas more creative than what you've done before. If you have actually considered running before, they might give you the impetus you need to start preparing, or to help someone you know prepare to run for office.

Meanwhile, what do you do now? There is a website for the White House where you can leave messages for the President's staff. It has lots of information about how the government is run and about the issues our country is dealing with - all supportive, of course, but you can read between the lines. Besides there ARE things the government is doing well. And this is a great place to start identifying your favorite issues, if you haven't picked any yet.

You probably already know the addresses of your legislators. If not, find out. Many, if not most of them have their own websites with a "Contact Us" link that lets you email them. I Googled one of mine just now, using her name, and her website came up 3rd on the list. Or you could just experiment using this potential formula:

http://lastname.senate.gov/ (I replaced her last name with the last name of my other senator and it worked.)

Learning about the issues, picking a few that especially concern you, then keeping track of them and emailing your legislators to make your views known, is an essential part of being a responsible voter. Our legislators count on receiving those kinds of emails. They want to know the concerns of their constituents. They hire special staff to keep track and respond to them. Your emails help them know how to vote. Any research you send helps them, too.

Both of my senators know who I am, at least their staffs do, at least by email. They respond every time I write personally (as opposed to reacting to form emails). I send them information, compliments, requests, and criticisms when the situation warrants it. They get worried about the criticisms, but like the rest. I know I'm being heard and my concerns are often shared. Now what shall I do about this one? 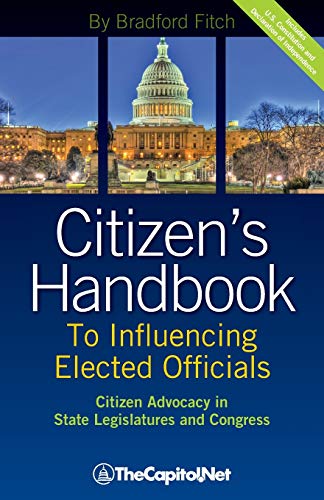