Should we fight for our roots?

With the western world becoming home to more and more foreign immigrants, and subsequently a wide variety of religions and faiths, political correctness is a term that has gone from one extreme to another. For example, the word 'Christmas' is rapidly becoming non-existant in favour of greetings such as, 'Happy Holidays!' so as to avoid insulting non-Christians. But is this political correctness gone mad, and are our Christian/western roots something which we should be fighting for, or should we continue to allow our customs and traditions to become something of the past?

While the origins of Christmas are Pagan-based, it is a festivity recognised and celebrated by Christians all over the world, but in modern society it would seem that by openly celebrating this holiday, we are somehow causing offense to those who do not follow the same beliefs. As a non-practicing Christian, I personally find it incredibly insulting when I am greeted with, "Happy Holidays!" by people. In fact, I will be downright open about it, and purposefully respond with a smile, and, "Merry Christmas!"

I don't need to worry about causing offense to those that don't celebrate, because by now I have realised that if someone doesn't celebrate something, they're usually the ones not wishing you festive greetings! I certainly don't expect the lady in the Hijab, or the man wearing the Yarmulke, to wish me Merry Christmas, just as I don't make a habit of wishing them a 'Happy Eid ul-Fitr', or 'Happy Hanukah!' I will also most definitely not be discarding the British tradition of referring to Santa as 'Father Christmas' - it's a name that has been familiar to me all of my life, and one that I shall continue to use. 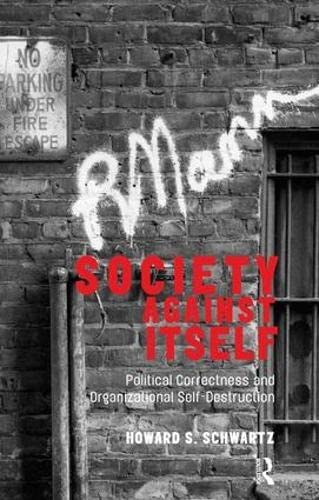 Society Against Itself: Political Correctness and Organizational Self-Destruction
Buy Now

The United Kingdom has been the butt of much amusement over the past few decades with its constant pandering to non-British residents and citizens, always quick to 'do the right thing', and completely ignoring its own heritage and traditions in favour of placating the minorities. But PC has rapidly spread across the globe, infecting people with the disease of ideology, creating taboo from innocence, and empowering those such groups who ostrasize the remaining few who fight to remain traditionalists. We are not viewed as eccentric, or stubborn, or historians; we are labeled as feminist hippies, homophobics, and racists, doomed to become the minority as society endeavours to adopt the 'do-gooder' approach.

The speech Nazis are out in force more than ever nowadays, most of whom don't have the slightest inkling as to where political correctness originated - some assuming that it is a product of the non-conformists in the '60s, others argue that it is cultural Marxism, and more yet claim that it was created in Germany as a means of aiding the spread of communism in Russia. Whatever the source, the roots of fascism are gripping society to the point of choking us, with the majority of people not even aware that they are conforming to what is deemed as a 'publically accepted' manner of speech. Long gone are the days of freedom of speech, and patriotism is on a rapid decline - it is hard to feel warmth towards a country that protects the feelings and rights of non-citizens above those whose ancestors sailed over on the Mayflower, for example, or the first wave of Anglicans to what eventually became the British Isles.

Whatever Happen To Common Sense?: Just Tell It Like It Is
Buy Now

We are all aware of the obvious, offensive words that the majority of us agree on as being no longer acceptable in society - the 'n' word being the obvious one, as well as derogatory, and crude terms used to describe gay people, etc. But what about innocuous words that have been ridiculously turned into something with racial or sexist conotations? Blackboard, fireman, manhole, Paki (literally short for Pakistani, now considered in the UK to be as offensive as the 'n' word), Oriental, black sheep - the list is sadly becoming endless.
Even the Oxford Junior Dictionary has removed all references to the words, 'saint', 'bishop', 'chapel', 'nun', and 'pentecost', in favour of more modern, multicultural words, once again outlining this inexplicable need to be obsequious to non-traditionalists and 'minorities' (another word now considered to be politically incorrect, as it makes those in ethnic minorities feel, well... like a minority!)

So what hope is there for us Brits, Americans, Aussies, and so forth, when our own governments and leaders are opting to fall in with the political correctness craze that has become the 'norm'? While no one is suggesting that we all go around shouting out words and phrases that we know would be offensive to many, it really is up to us civilians to stand up for our traditions and keep them going as best we can. I personally will never wish anyone a 'happy holidays', nor will I ever refer to Christmas as, 'Winterfest', or the 'holiday season' - I was raised Church of England, I am a British citizen, and an American legal resident, and I shall therefore honour the ancestors of both my own, and my husband's families.