Peru’s Economic situation and performance is rated among the best in South American countries. But, the level of poverty remains extremely high among the rural population. It is increasing in the inner cities as well. In 2002 Peru had the fastest growing economy in the region but,, unemployment was still relatively high and the poverty reduction initiatives were still growing down and not economically viable. The numbers are based on a average of $2 us dollars a day.

One program that is currently working on reducing the poverty level is called Crecer which means Grow in English; this program is the latest government initiative that focuses mainly on child malnutrition. In this country over twenty five percent of children under 5 years old have suffered from stunted growth in relation to their age and this continues to rise as high as sixty ix percent in some of the poorer regions of the country. The government wises to reduce this average significantly by 2011 and be below 20%.

The current inequalities in the development of human economics in the countryor Peru is specifically seen in the urban and rural areas of the country. Most native speakers and those that are non native speakers across this climate zones suffer the same. These people live day to day not knowing if their children will be fed tomorrow. But in the rural jungles of this country the inconsistent of speaking Spanish which is Peru’s native tongue have an effect on the social and economic factors of individuals. It provides them less opportunity to progress through life with a job or skill that is demand because of the discrimination of their language barriers.

With the government initiatives put in place there is a small bright side and that is with the children. The mortality rates and education that is provided. The trends are showing an increase in both of these area which surmounts to a vast improvement over where they were when these programs started in the mid nineteen nineties. Despite progress in access to services for the poor, disparities between urban and rural areas and across different regions mortality remains high. A quarter of the population has no access to health services despite free health care since 2002.

The children are the most vulnerable to these the effects of poverty and much is being done and there is progress that is being made. But, still more needs to be done to combat those that have not had a fair shake at life due to their circumstances. The latest figures is that of a total of 3.8 million people more than half of them are children ranging n the 2.1 million area that live just at or below the poverty line of this country.

The socioeconomic disparities are prevalent even with the government intervention. As the children grow up the enrollment in school continues to drop do to the cost of staying there. There are those families as well that need their children to work in the fields under dreadful conditions just so that their family can sustain themselves with the basics of life. I’m not talking about electricity and cable TV either. With these truths we can see that the gap between rich and poor is widening as it is around the world.

Levels of poverty, mortality rates and malnourishment among indigenous groups are twice as high as national averages. Peru has one of the highest levels of income inequality and the gap between the rich and poor is widening.

If you would like to learn more about Peru's History, Traditions, Culture, News, and expat living come and visit my website at http://peruviangringo.com 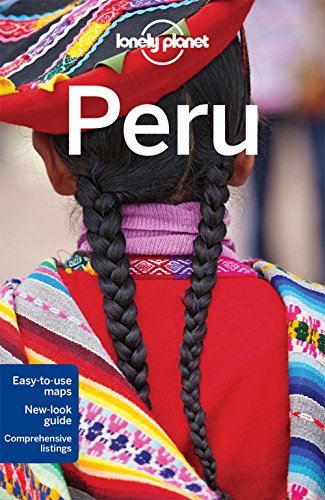