There seems to be a colossal misunderstanding about what life is really like for those who live inside the walls of a prison; the men and women who are incarcerated for all manner of crimes, serving months, years, perhaps a life sentence or if they are paying the ultimate price, they merely exist on death row. This topic comes up in various conversations both liberal and conservative and the reality is, if you've never spent any time in a prison, you simply cannot make an educated argument about an inmate's true quality of life, or lack thereof. Please allow me to set the record straight - so far as I know it to be.

The Most Dangerous Prison in the USA

There isn't a single cell block in any prison that offers Hilton-style service. There are no fluffed pillows, no down comforters or chocolates left on the bed. The average prison cell is 6'x8' with a bunk bed or single bed, a toilet with a sink connected to the top and if you're among the favored, your cell has a makeshift desk unit. The Florence Administrative Maximum Security Facility (ADX) in Florence, Colorado is the domicile of federal inmates who are considered an extreme threat, nihilistic, hazardous to inmates or civilians; prisoners who require unyielding control. Each of the 490 cells has a bed, a desk and a stool which are solid concrete. In addition, they all have the toilet/sink combination units and a shower which is kept on a timer to impede flooding. The window in each cell is 4" x 4' and was strategically designed into each cell so that inmates cannot designate their location within the facility. Their only view is sky and rooftop. The exercise yard at ADX is an over-sized concrete pool which was also constructed to maintain a sort of confused whereabouts.

Some prison facilities are so overcrowded that they have provided warehouse style bunk houses where inmates are assigned to a bunk and a footlocker or straight locker. This type of housing is the most dangerous method of consolidating inmates due to the amount of violence that takes place in prison and the inability of guards to keep a visual contact on every inmate at all times. An example of this type of accommodation is the Maricopa County Tent City in Phoenix, Arizona. Tent City was originally designed to hold 1,000 inmates. It now has the capacity for more than 2,100. The purpose of Tent City was to deter the early release of inmates due to space issues.

Prison food is always a great topic of debate - whether or not to use meals as a form of punishment and how ridiculous it is that inmates get three free meals a day and a warm bed to sleep in. If you ask an inmate whether or not they feel the food is being used as a form of punishment they'll most likely tell you "yes". Currently there is no legislative standard guideline or regulation for the nutritional value of meals for any discipline of corrections however, the National Commission on Correctional Health Care (NCCHC) offers certification, publications, resources and guidelines by which prisons can operate to provide effective management in all aspects of corrections. The only regulations that are currently enforced are for food preparation and safety. While some prisons conduct their own inspections, others prefer to be regulated by non-profit organizations such as the American Correctional Association.

A typical meal served in prison consists of:

When I worked at the prison, those were not the typical meal options. It was common to have a main item, a vegetable, a side dish, a beverage and on a great day, a dessert. I've eaten the food in the maximum security dining hall many times and there was not a single meal when I would have asked for a second helping.

I asked a few other people about their experiences at other prisons and an excellent point was brought up. Inmates who work in the dining hall have somewhat of a powerful position in that they can control portion size and purity of product. It has happened that inappropriate fluid or matter has been introduced into the mixture or onto the plate of an antagonist. Chow hall employees garner a lot of respect by other inmates.

You will never meet a more creative group of people than prison inmates. They can take simple objects and transform them into just about anything. They have plenty of time. Most commonly found creations are radios, tattoo equipment, tattoo ink, weapons, liquor, wine, hot plates, candles and lighters. While radios and hot plates don't pose as much of a bodily threat to inmates on the yard, weapons are a constant source of threat and risk. Inmates may spend a great deal of time engineering a weapon and then devise a method to discreetly carry it throughout the prison. Since the lines of segregation are clearly drawn in prison, if an attack is coming, you'll never know it. The most emotionally charged testimony I've ever heard about death in prison was from a man who served two years and witnessed 12 deaths during that time. He went into detail about a new inmate who was stabbed to death with a toothbrush that had been made into a weapon. Two veteran inmates had taken the toothbrush and filed it down on both ends against the cement floor to sharpen it. A small and inconspicuous device fashioned into a deadly weapon.

Although new prison facilities are built with the goals of maintaining a safe environment at all times, older buildings are more susceptible to spaces which are seemingly invisible and out of earshot to guards and staff. Areas of opportunity are problematic for violent or deviant behavior, sexual misconduct or drug use.

Female inmates encounter the same problems that male inmates deal with. The violence, drugs, segregation, food. Women also deal with another issue and that is sexual misconduct by male officers. One report filed in 2009 in a Topeka women's prison alleged that nearly 80 male officers (1/3 of the staff) were involved in an illegal exchange of drugs for sex with female inmates.

The Growth of Incarceration in the United States: Exploring Causes and Consequences (Law and Justice)
Buy Now

: to accustom (a person) so firmly to the care and supervised routine of an institution as to make incapable of managing a life outside.

In a prison setting institutionalization is also referred to as "prisonization" because it erupts from the negative consequences of incarceration as opposed to being in a hospital setting. It is the process by which inmates incorporate their acceptable and "normal" lives into the "abnormal" and incongruous world of incarceration.

Prisonization installs over a period of time and the longer an inmate is imprisoned, the more dramatic and ingrained the affect will be. When you are taken from one extreme and slammed into another it's severe and stressful. Prisonization can be an angry process for some because the feeling of confinement becomes overwhelming. Spending most of their time in a small, colorless space with almost nothing to do creates the feeling of isolation. The purposes of allowing inmates to have access to television, exercise, radio, books, art and church are to create balance within a world of chaos. If the inmates stayed locked in their cells 23 hours a day with no television, no pictures to look at, no books, no radio, no ability to converse with other people, the instant they were allowed to come out for meals it would be a full-on war. The few activities they are allowed help prevent riots, fights, murder and mass chaos. Though it's not a perfect system, it's the system that's in place.

Most Notorious Prisons in the United States 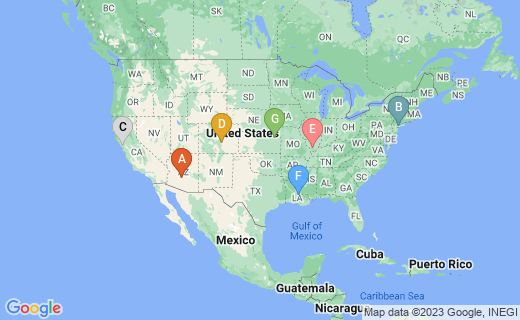