Did you know that the 2013 sixteen-day shut down of the National Parks and Recreation Department cost the US taxpayer and local businesses a net LOSS of more than $414 million?

This article was written by me in October 2009 (and published as an Op/Ed essay in the LOG Magazine) when then California Governor Schwarzenegger was threatening to close a number of California state parks to balance a bloated state budget........ Unfortunately, it's still very relevant five years later due to the continued mismanagement of many of our federal, state, and local parks and recreation areas across the country.

The California Governor’s recent decision to keep the State parks and recreation areas open, rather than close them as part of a previous budget-cutting proposal, is a fresh breath of sanity for a change as opposed to the posturing and threats emanating from State legislators and administrators to cut programs from the State Parks, and others that are typically the most visible and most likely to inconvenience taxpayers.

It appears that the attorneys at least realized that closing these facilities would provide proof again that State officials and staff are beyond incompetent, and rather than working to meet our needs and requirements are solely focused on their own agendas. They still plan to reduce maintenance and some facilities’ hours in order to reduce costs, which still shows that they don’t understand the basic premise of public service. If reducing liability and expenses to the State are the only objective, then all of us would be best served if the State got out of the parks and recreation business altogether. The Governor and Legislature should seriously consider leasing or concessioning these operations and facilities to private operators who have a far better understanding of customer service and responsibility. Not only would the State reduce its expenses, but it would also gain revenue from the lease or concession; the parks and other facilities would continue to operate, most likely at a higher level of service; private sector jobs would be created, and some if not most of the previous state workers would most likely be hired and better trained to continue their work.

During the course of my career I have helped transform a number of failing municipal and state parks and marinas into thriving privately operated facilities, and I have seen numerous other examples of privatization and public / private joint ventures work to the benefit of all concerned. Rates do typically increase for the limited number of taxpayers who actually use the facilities, but usually not as much as feared with market forces in place, and the public entity no longer has a losing operation on their hands and the need to raise taxes on everyone, and instead can reallocate those funds and the added revenue from the lease or concession to the betterment of all. The private operators, understanding the business of customer service, typically improve service and maintenance in order to increase customer use and satisfaction, and the government entity, if they are really concerned about accessibility for lower income or special interest users affected by rate increases, can always return some portion of the added revenues (which they never had before) as a subsidy to the operator to allow more equal access, which would still result in substantially more revenue than current operations are providing.

Despite the numerous successes, there are always those so-called public-minded officials who argue that privatization allows “greedy” (i.e.: successful) private companies and individuals to profit from the use of public lands at the expense of the “people”. What they fail to define in their argument is that the “people” they are referring to and supposedly protecting the interests of, are in fact themselves since they are the only ones profiting now, and the only potential expense borne will be theirs.

With certain well thought out parameters and guidelines in place to ensure that the public interests are first and foremost, there is really no effective argument against privatizing nearly all public parks and recreation activities, except perhaps that most of those so-called public officials will have to then look for a new job with a more discerning employer. 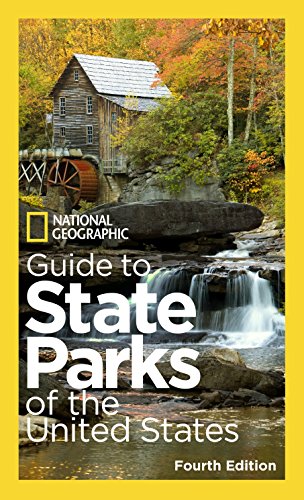