Racism In Jamaica And Its Link To The Lottery Scam

A decade ago, the lottery scam was limited to a handful of people mostly from Nigeria. I strongly believe that they started this entire thing but that is entirely my opinion. There are many scammers from across the globe, some of whom are right there in your own neighborhood.

We often find that scammers do their dirty deed to people far away. They access a list of names, numbers and addresses and work their magic or more accurately, bag of tricks.

During the last few years, Jamaica has been highlighted as one of the fastest growing places for scammers. They have scammed many unsuspecting people out of thousands of United States dollars. This has even reached international news and aired on 20/20.

To give you an idea of why scammers from Jamaica thrive on this, the exchange rate is really great. The Jamaican dollar is currently $106.25 to one USD. What that means for a Jamaican $1,000 USD is over one hundred thousand JMD. That’s several months’ salary for most people. Minimum wage is barely $6,000 JMD per week. A skilled laborer may earn $10,000 per week. Secretaries earn anywhere from $32,000 - $42,000 per month based on their level and experience.

Jamaicans are among the friendliest and most loving people in the world and visitors love to visit our island. However, beneath the surface lies a monster that only rears its ugly head in the dark. That monster is racism, though no one will admit it.

You will hear anger and in some cases, hatred being spewed at the white man. Some people feel that we aren’t truly free of the white man’s dominion. Some feel that “repatriation is a must”, those exact words. Ask them if they are racist and they will say no.

Still, I feel that if you are angry, untrusting of the white man and feel wronged by them you have issues that are racial. The racism in Jamaica is quite different from America. We don’t see black on white crimes the same and vice versa. It matters not to us who the president or Prime Minister is so long as he/she is Jamaican. We’ve had non-colored leaders before and there were no complaints until PJ Patterson became leader, then you heard that he’s a real black man. However, the idea that he was gay was more unacceptable than skin color, so he being black was soon forgotten.

Do you agree that racism exists in Jamaica?

Okay, I know it’s not a real term but I could not find a word to describe this kind of racism. Some people may not classify this as racism but I certainly see it as that. The introverted racist is the one who dislikes their own race because of the color of their own skin. Usually these people are black and they hate being black.

In the Jamaican society, these introverted racists bleach themselves to look white. They think that whites are superior and prettier. Some do not hate other black people, just their own appearance. Many of them wish they were born white and would do anything not to have dark skin.

It stems from the insecurity that was bred from the separation between pale and dark skin. It stemmed from what society accepted as being beautiful. There was a time when only light-skinned beauty queen type women would get high profile jobs.

Though the majority of Jamaicans are secure about their own skin color, one should not have this weird kind of self-hate because of skin tone. 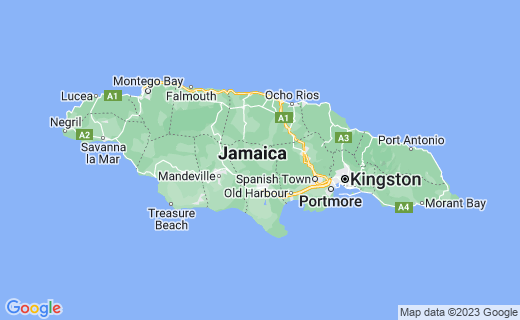 O'Brain Junior Lynch is the first Jamaican to be convicted of scamming someone in the US. This man defrauded approximately $35,000 USD from and unsuspecting senior, of her life savings. He was sentenced to five years in prison.

The link to the scam.

Black people feel that white people owe them for the enslavement they’ve been through. Some Jamaicans share that sentiment.

Marcus Garvey not only fought for equal rights, his primary mission was repatriation back to the motherland. This kind of history only serves to fan the flame of racism, allowing for colored people to hold white people accountable for what was already abolished.

I feel that there is a vendetta against the whites by the blacks. They need retribution for their suffering. Some expect and demand that England pay for that suffering monetarily.

In an investigation, a reporter from the US noted that scammers felt that the money they were collecting from the people they scammed was owed to them. They feel it’s justified because the white man brought them to the west, left them on strange land and abandoned them.

Some people still refuse to acknowledge that they are Jamaicans, especially the Rastafarians, who refer to themselves are Africans.

One artiste even did a song which promoted scamming, stating that it was retribution money. This is a kind of racism that cannot be tolerated and must be rooted out before it destroys what others have worked so hard to achieve. Of course many people may not share the same ideas about race as myself. Some may even categorically deny that what I am talking about is racial discrimination, while a great many will deny the existence of this bigotry in Jamaica.

Bleaching before and after

Though I feel that greed is a huge factor in Jamaican's scamming US citizens, their greed is being fueled by something more sinister, vendetta.

An anti scamming, corruption and money laundering bill has been passed into law quite recently and there is a special squad that deals specifically with tracking scammers.

This has given our wonderful country a bad reputation and we need to stem that. We hope that the scammers who are now facing the court will have learned their lesson and those that are still out there will stop their activities and know that the white man does not owe us anything.