Review: Lyndon B. Johnson: Portrait of a President, by Robert Dallek

Kevin was born in Stevenage New Town, UK in the summer of 1959, and graduated from Gonville & Caius College, Cambridge in 1980.

Frankly, this is less a review of the book than of the man, but Dallek’s work deserves at least the acknowledgement that it is only through his scholarly endeavours that I know anything at all about Johnson, other than the refrain “Hey! Hey! LBJ! How many kids did you kill today?!” Sadly, that might be all that most people know of him, other than that he ascended to the presidency after JFK’s assassination.

Sadly, for LBJ merits the title One Of the Great Presidents – a man who did more for blacks than Lincoln, and all the other Presidents put together. He would have done more, had not the Vietnam war (started by Kennedy it should be noted) intervened.

But Johnson’s crusade against the second-class citizenship of the Negro was not a specifically racially-inspired endeavour. – he simply wanted to abolish – yes, abolish – poverty, and it was mostly blacks who were poor. This is not to deny LBJ’s determination to end the scandal of second-class citizenship, but his efforts to enrich the poor may well have found its inspiration in his own poor background. Despite a number of well-heeled and distinguished ancestors, Johnson’s immediate family were far from well-off. He said: “When I was young, poverty was so common we didn’t know it had a name.”

But perhaps what distinguishes Johnson most is his untiring energy and commitment to his political advancement. He would often work 16 and 18 hour days in his long and ultimately successful road to the White House, from Congressman Kleberg’s secretary, through Texas State Director of Roosevelt’s National Youth Agency, to Congressman, Senator, VP and President. It is little wonder that when he retired, abandoning a second run at the Presidency, he all but abandoned politics for a bucolic life on his Texas ranch. Hr remarked on a visit paid to him by the governor: “The son of a bitch never said what he wanted. Maybe he wanted me to kiss his ass. After all that’s the business I’ve been in for the last forty years.” He grew his hair long, while his craggy face grew “kind and mellow.”

Johnson was one of history’s great political operators, and not above cheating (and he was not alone in that.), but in getting his way (and he almost always did) he never resorted to bullying – the “Treatment” as it was known certainly involved some arm-twisting, but relied mainly on cajoling, begging, squeezing and stroking (the last two quite literally. With his face just centimetres from that of his quarry and his hands all over the man’s body, Johnson swung votes almost entirely by means of his physical presence alone, and managed to get some politicians to do quite extraordinary u-turns. One representative spoke in Congress for some time outlining his objections to Johnson’s policy, and then suddenly exclaimed, “Wait a minute! Everything I’ve just said is wrong!”, and promptly voted the other way!

We must Robert Dallek for this one volume condensation of his two-volume Life, and praise the Lord that people like Johnson exist.

The New York Review of Books on LBJ circa '64

Was LBJ a great President? 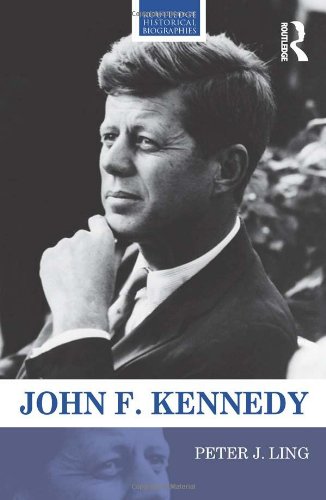