I consider Richard Nixon one of the most tragic characters in U.S. history. His perpetual paranoia and insecurities brought about the event that led to the Watergate scandal and his subsequent downfall.

Unfortunately, the scandals and cover-ups of Watergate and the unpopularity of the Vietnam War overshadowed what was one of the greatest presidencies of the last half of the 20th century.

Richard Nixon has become the liberal's poster boy of what is wrong with the Republican Party but the truth is, Nixon was a true progressive and initiated many liberal policies throughout his administration.

Here are some things Nixon did during his presidency that goes against the infamous persona of "Tricky Dick".

Nixon then established the Environmental Protection Agency, streamlining several agencies into one, making it easier to regulate and enforce environmental laws. 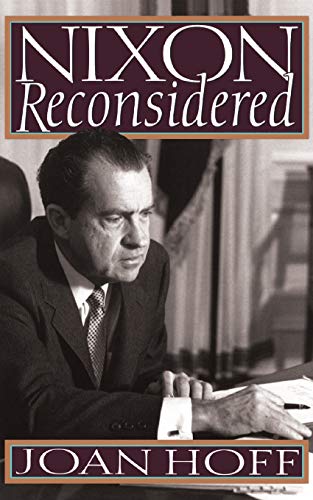 Nixon established the "New Federalism" system, which cut the red tape by taking money and power away from the federal government and directed it straight to the states, making program funding more efficient.

Nixon presented the only balanced budget between the years of 1961 and 1998.

A Quaker, Nixon felt racism and segregation in the U.S. was a moral outrage. In 1971, he signed the Equal Rights Amendment desegregating public schools.

Nixon opens up relations with the Soviet Union and China.

He becomes the first president to visit the People's Republic of China in February of 1972.

In May of the same year Nixon met with Brezhnev (the Soviet Union's leader) in Moscow. This meeting led to increased trade between the two countries and the signing of two nuclear arms control treaties, SALT (Strategic Arms Limitation Treaty) and ABMT (Anti-Ballistic Missile Treaty). These are the first nuclear arms treaties between the Cold War combatants.

On May 9th 1970, during the height of the Vietnam War protests and just days after the Kent State University shootings, Nixon set out from the White House with bare-bones protection at 4:00 AM to meet personally with protesters camping at the Lincoln Memorial.

The impromptu meeting with the surprised protesters did not go well. Nixon tried debating with them about foreign policy but they obviously had him outnumbered, so Nixon tried changing the subject to sports and travel. This came off as Nixon being out of touch with the younger generation.  I believe it was an honest reaching out to the protesters. In any case, it sure took some big brass ones to do what he did.

If you are aware of Nixon's past you may understand his paranoia.

He was dirt poor and was teased for it as a child. Throughout his years in politics the press was always on his back about one thing or another. One thing was the investigation of gifts given to him by foreign dignitaries. This came out during the vetting process for Eisenhower's VP spot. This led to the famous "Checkers" speech.

The press gave him hell during the presidential run against Kennedy. The press were in love with Kennedy (sound familiar today?). He blamed them for that loss in that very tight race. Then he loses his bid for governor of California. He shows his disdain for the press after that loss by saying in a press conference announcing his short retirement from politics by saying,

"I leave you gentleman now and you will write it. You will interpret it. That's your right. But as I leave you I want you to know — just think how much you're going to be missing. You won't have Nixon to kick around any more, because, gentlemen, this is my last press conference and it will be one in which I have welcomed the opportunity to test wits with you."

Nixon was a tragic figure in the Shakespearean sense. His desperate and illegal actions revolving around the Watergate scandal was most likely due to his deep-rooted fear of rejection.

Nixon in the Den
Buy Now